In the first installation of this, Say Yes, Part 1, we ended with a series of songwriting invitations, each of which seemed potentially imperfect and easy to decline. Yet each is an opportunity which, if a songwriter tries Yes instead of No, might lead to new songs that never would have been written. Good ones. Possibly.

We pick up with a remembrance of one invitation to contribute songs to a musical theater project that was received, and where it led.

Then there was an author-playwright I met in Hollywood in 1987.

We bonded over our shared love for both Dylan and The Clash. He wasn’t surprised that I loved Dylan, but my passion for The Clash signalled to him, I think, that I could relate to his play, which had punk energy and a global political bent.

We were neighbors in the Hollywood Dell; we met when I was walking around the neighborhood. He was smoking a cigarette in the driveway of his apartment building, blasting Sandanista! by The Clash out his first-floor apartment window. When I mentioned my love for The Clash, it launched us into a long discussion on music, and our mutual love for Dylan and The Clash.

“I figured you’d dig Dylan,” he said. “You look like someone who would like Dylan. But cool you like The Clash, too. Strummer is my hero.”

He had a Joe Strummer short, hip haircut. Almost a Mohawk but not quite. He was from a Swedish family in Minnesota, he said, and his name was Sting. At least that is what I thought he said.

When I told him I was a songwriter, his eyes lit up. He said he needed someone to write songs for a new play he was working on to be produced at the Tamarind Theater in Hollywood. I expressed interest, so we planned to meet up to discuss the next morning.

We met at his little apartment the next morning. It was 10 am, which he regarded like it was the crack of dawn. A beautifully bright, sunny day outside, birds chirping, soft breezes blowing. Inside it was Howard Hughes-dark, with the windows all covered, the only light coming from an old lava lamp on the floor shone up through the cigarette smoke.

He stuck a cassette into his stereo and turned it up. Loud. It was The Clash, their album Combat Rock. Though the raucously infectious “Should I Stay or Should I Go?” on it, which was one of their few hits, he played only one song over and over. “Straight To Hell.” Which I loved, and had jammed on just for fun. It is in B minor, which I told him.

We spoke about the music that inspired his play. This song. Also songs by Dead Kennedys, Sex Pistols, Talking Heads and X. But only one X song mattered to him, he said. “You Must Not Think Bad Thoughts,” which he was like if “John Doe somehow channeled my father.”

“Take this song, ‘Straight To Hell’ by The Clash, and `Once In A Lifetime’ by Talking Heads,” he said. “Put those together and that is what I need. And since there are spiders in every scene, get some in the songs. Maybe a little Nirvana vibe too.”

He turned up The Clash, blasting it at a deafening voume.

“It’s a little Fellini, a little Punk, a little Rob Zombie, a lot David Lynch,” he said, describing his play, “with some hints of Camelot. Scenes fracture off into other scenes in dark, dream sequences – a hall of broken funhouse mirrors, a wall of hands, a coat of bees, a school of tumblers, and, as might be expected, a  rodeo of spiders. You know?”

Now this might be the moment when many songwriters might think – wall of hands? Spider rodeo? Maybe not for me. Time to skedaddle.

But any opportunity to be so directed, and to places I’d never even considered going in song, was a songwriting adventure I was eager to embark on. I wasn’t sure if it would be any good at all. But I was open.

I worked with Sting for almost three months, writing many songs. He ended up using three of them in his show, with one as the theme song which was repeated.

Though I called him Sting always, as I was certain it was his name, after about eight weeks his girlfriend, smoking a cigarette, said through the smoke, “Dude – you do know his name is Stig, don’t you? Not Sting, dude. He’s Stig Haberman. His dad is a famous writer.

I didn’t know. When I apologized to him, Stig giggled and said he wondered if I would call him Sting forever. So I did. I called him
Sting Hingle. He called me, oddly, Raul.

I took on this project not knowing if it would be right for me, or him, or lead to any songs that were good. But I was enlivened by the new challenge. And had open time then, as I had no full-time work.

The focus required doing these songs was something I liked, combined with the energy devoted to songwriting and the creative courage expended. All feeds and fortifies the soul of your songwriting.

Which is why saying yes to this was wise. And why you should try a yes next time. Because such an assignment can impel you, in a good way, to focus the fullness of your energies into a single enterprise. Without which, songwriters  can be sparking with so many ideas that it distracts them from realizing a unified song. So any assignment like this can rein in those explosions so the energy is all compounded, like an arena of people all working on the same problem together.

Or it can feel like driving around your town and discovering there are whole other parts of town you have never seen before, and streets and thoroughfares between those you’ve always driven, which are beautiful and peaceful. It expands your map from the inside out.

From “Once In A Lifetime”
By Talking Heads and Brian Eno

Any theme at all is an opportunity for a songwriter. An invitation to explore. Always there’s the understanding that, as Buddha taught, “The mind that perceives the limitation is the limitation.”

Yes, it’s true Buddha never wrote any hits. But that wisdom is key. Limitations create possibilities. In this short form, a song – maybe three minutes in length, including a repeating chorus usually – the possibilities are boundless.

The playwright wasn’t sure what kinds of songs he wanted, but said I needed one called “Hands” for sure. He had always loud punk music going –  Sex Pistols, Clash, Dead Kennedys. Also Nirvana. Okay. Not what I normally wrote. Though I absolutely loved The Clash and Nirvana. And noticing how Kurt Cobain would often use two chords together in a verse which don’t really go together, which created an unbalanced tension. A song in E major, for example, which starts with an E major chord switching to a C major. That C major is not in the key of E. And was something I’d never considered before. Yet it sounded strange – and interesting. I used it in two songs for this, and it matched the weird perspective of each. .

Also each had a crazy fast tempo – maybe 140 bpm –  with pounding bass drum through every measure, like a fast heart-beat. I wrote new songs I never would have written. Some of which, especially “Hands,” were really interesting. Think of a fusion of Talking Heads with  Randy Newman, Captain Beefheart and Perry Como.

It has to do with the singular nature of songwriting itself. Because it can be an elusive art, and one in which there is no one repeatable method of writing a song that’s best, it’s always good to shake it up from time to time. If you usually write songs one way, do it the opposite way and you can wind up somewhere you’ve never gone. Anytime you can come to a song from a whole different angle, it can be a wake-up time for you, artistically.

But then – when that project is over – you take off those shoes again and run barefoot through the open fields of song. Your soul feels liberated again to go anywhere in song, and to exult in the knowing that these fields are endless – they go on forever.

But no journey to them and through them can get far unless you say yes.

In case you’re entirely sure what that means, here’s a few examples. Apply any that might apply.

If a guy is smoking a hookah, and playing strange Turkish disco music, and invites you to write songs for his movie about endangered Loggerhead sea turtles and the strange old crones who love them, say yes.

If a guy says he knows a guy who produces a late night TV show in need of a song by 5 pm tonight about the armies of street Elmos at the Chinese Theater, say yes.

If a producer says he needs material for a well-known singer, but it has to be gender-neutral, first-person and reflect a Vegan lifestyle, say yes.

If a songwriter says he wants to write something really fast in a slow tempo, a sad dirge with all major chords, something cinematic and epic under two minutes, with abstract, poetic lyrics about religion, urban decay, UFO abductions and the 1966 Baltimore Orioles, say yes.

And get to work.

However – and this is a big however – if some guy comes and says he wants you to write a song for him to own, and will pay you for your rights to it – taking your name off of it forever and putting instead his name on it – don’t say yes. You can say anything, but not yes. .

You don’t do that. Would you sell one of your kids if you got a good enough price? Okay, I guess that depends on how much, and which kid. But you get the point. That is a line not to cross.

Because no matter what kind of song you write, it goes in your songbook. You can collaborate, sure, and share credit. But it is your song. Another new one. Congratulations! Rejoice.

Time to celebrate. And then get back to work. 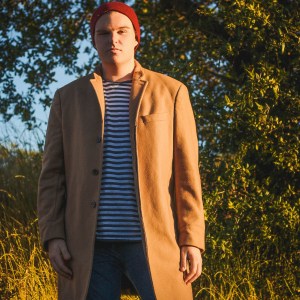 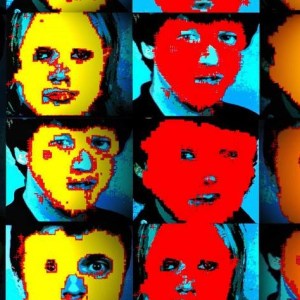