Part One. There’s always good reasons to say no to songwriting opportunities. Stop being so reasonable.

“If you can play on the fiddle, how’s about a British jig and reel?
Speaking King’s English in quotation
As railhead towns feel the steel mills rust
Water froze in the generation
Clear as winter ice, this is your paradise

There ain’t no need for ya“

From “Straight To Hell” by The Clash

Over the years while talking to aspiring students of songwriters about songwriting, it’s been surprising to hear how often the same stuff  comes up. I have heard, in slightly different words and details, the same things many times. Variations on the theme of regret, now looking back, at saying no to an opportunity.

I’ve heard countless variations – the big producer who offers the young songwriter a chance to collaborate with their client, a famous singer.

And the songwriter says, “No, I don’t collaborate. She can do one of my songs, though.”

Or the producer tells the songwriter they are looking for a song for a movie about baseball, and can he write a baseball song that is upbeat?

And the songwriter says, “No. I don’t like baseball, and if I wrote a baseball song it would be slow, like the game.”

Or the producer says, “We love your song and we want to use it for our film. But it’s a little long – can you trim like a minute off of it?”

And the songwriter, of course, says, “Trim it? Nobody trims one of MY songs!”

Or the theatrical producer says they are doing a play called “Ankles and Funnybones” and they need a song.

And the songwriter says, “Thank you, no. I don’t do theater, and also I don’t do songs about body parts. Thank you very much.”

You get the idea. And nowadays when I hear these, always they say, after the exasperated story ends:

“Man, I SO wish I had just said yes. What was I thinking?”

I’ve got my own portfolio of these songwriter regrets. I was in a short-lived band back in the 80s with a singer who was very New Wave-oriented, somewhat like Dale Bozzio merged with Wendy O. Williams and a hint of Devo. Her vocals were strange – but compelling – and she was a great performer. Our shows were charged and great, usually, and she was the focus, though I wrote most of the songs.

But at the time, though the band was doing well, getting lots of gigs and offers, it wasn’t what I wanted musically. It didn’t suit me at the time. So, as if I was Sting leaving The Police, I decided I had to go solo.

But I wasn’t Sting nor were they The Police at all, so that I was left with nothing. In retrospect I see that I should have stayed with that band for awhile. A few years. I should have said yes. To see where it led.

But at the time, it felt like any wrong decision could be permanent, and forever keep me from getting where I hoped to get.

It showed me something which is a common tendency of artists, and humans in general. It is way easier to say no. It’s way easier, simpler, and a lot less work to not even consider doing all that work that you are being offered. There are always a lot of reasons, and good ones, not to do something. If you can’t think of a reason right away, give it some time. There’s bound to be one. And you will save yourself all that time.

You will also lose an opportunity that might have enriched you, and led you to write a whole new kind of song. Or many.

Sure, you might also avoid some really terrible situations, too, that were not at all what had been promised.

But if it’s terrible situations you want to avoid, this might be the wrong work for you. However, if your songwriting spirit is courageous and stalwart, you can fearlessly face any situation, even the most tedious and/or torturous, and come away with a song. Or songs.

That is the goal, after all. As a songwriter, it is the pot of gold at the end of the broken rainbow: that even after going through the darkest times ever, such as heartbreak or betrayal, or being attached to a horrible show, you can come away with a song.

The old joke remains about the songwriter who just went through a horrific break-up. Although battered and still bruised all over, he’s says, “But, dude, wait till you hear the break-up song I wrote. It’s maybe my best song ever.”

So know that part of getting your professional songwriter’s license is knowing that there are songs to be found everywhere. If you say yes.

For a long time, except for a few rare occasions, I said no to collaborating on songs with other writers. I wrote both words and music from the start, and my heroes were songwriters such as Dylan, Simon, Tom Waits, Joni Mitchell and Randy Newman, all of whom wrote songs alone. So I developed the erroneous idea that if I were to collaborate, I would somehow wreck my ability to write songs alone.

I was aware, of course, of Lennon & McCartney. And I felt if I were to meet a Lennon, or a McCartney, I would ask them to collaborate. But I found neither anywhere in Wilmette, Illinois – or any of the surrounding suburbs.

I also felt that since my own songwriting process was private – long hours working, sometimes obsessively, spending weeks if not more to discover the right words that work, or the right melody – that trying to do that with someone else would be impossible. Maybe painful, even.

Of course, I was entirely wrong. Not only have I done a lot of collaborating with many wonderful songwriters since then, by doing so, I wrote some of my most favorite songs, and not one which I would have written on my own. Had I, they wouldn’ t have been as strong. ([Warning, potential self promotion coming]) These include  “Orange Raincoat” and “Prince of the Appletowns” with Darryl Purpose,  “Midnight In Nebraska” with Dan Bern, “Blues Stars,” with the late great Steve Allen, “Angelyne” with Severin Browne. (And many others! I could keep going.)

Each collaboration brought me to places I would not have gone on my own. And instead of robbing a part of me so I could not write, it had the opposite effect. It charged my battery, and renewed my soul. And I wound up with a whole lot of songs I never would have written. Also, because most were written with artists making records, these songs would get recorded. And what’s better than that?

Also it generated the desire to do more. More collaboration, but also more solo songwriting. Because after collaborating a lot – as when Darryl and I wrote all the songs for his last album, Still The Birds — the idea of writing alone seemed like a new adventure.

It’s tied to one of my favorite and most important jokes in my life. A man told his friend that every day his feet hurt, because he always wears shoes that are too small. His friend, naturally, asked why?

“Because it feels so good when I take them off,” he said.

I find that funny, but also instructive  Because in these human lives we are forever balancing the good stuff with the bad.After enduring anything for very long, there’s always great liberation when it’s over. It’s that taking off painful shoes.

It’s relativity, this way we normalize anything in our lives, even pain and dissonance, so that when those are gone, life seems suddenly charged by the energy of new resolution.

This even is manifest musically, My old piano at home, an upright grand that is more than 100 years old, is in need of tuning. And this need has gone on for many years, so when I play it, it seems normal to me. It doesn’t sound out of tune. When other musicians hear it though, they notice. It is not terrible out of tune, but, as one kind friend said, has a “sorta Tom Waits vibe.”

But because of this, anytime I play a piano that is in tune, it doesn’t just sound good, it sounds amazing. Exalted even. Truly. It’s like being in your own home after someone did an intense, super-powered cleaning, even repainting all the walls and refinishing all furniture. Suddenly that which was somewhat tattered but comfortable is now brand new and shining.

So is it good to play out of tune piano in painful shoes? No. Get comfy shoes and call a tuner, already.

But in terms of songwriting, I’ve always felt this effect anytime I am freed from any songwriting project which has been my sole focus for a while. There have been a few times when I wrote songs to be considered for musical shows or movies, requiring months of writing and thinking about songs all on one theme. When it was over, it was exciting, like the end of school and the start of summer.

The first show I did like this was about the circus, so I wrote only circus songs for a full summer. Or I tried to. I ended up with two good ones. But I loved the doing of that, devoting all songwriting energy to this one theme. It was fun and focused both, and exciting to get songs which worked.

But when the circus summer was done, it was like taking off those tight  shoes. I felt so elated that I could now write songs about anything!

That has happened many times. Several times over the years, someone doing a show or movie would tell me the theme, and invite me to write something which could be considered. If it was good. I always said yes when asked.

End of Part One. For Part Two:
Songwriter U: Say Yes, Part 2. 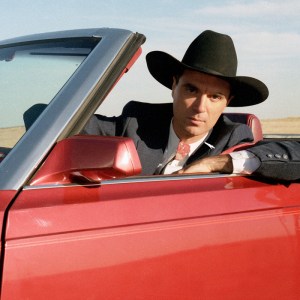 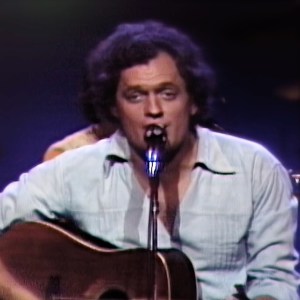