This is Part 2 of a 3-part series. Read Larkin Poe’s first entry here.

Trinidad, Colorado. Waking up in a Rodeway Inn. Wood paneling and carpet patterned in a tired, evergreen shade smacks of a bold 1970s attempt at “cozy, log cabin.” Regrettably, the look has not translated well into 2016, but the heater works and the beds are comfortable. One can only whine so far about aesthetic before invoking the ubiquitous hashtag #firstworldproblems (which, contrary to popular belief, does not absolve the fact that, yes, you are still whining for no good reason). Hotel lobby coffee hits styrofoam and we’re “on the road again,” like a couple of Highwaymen … maybe we’re making the likes of Willie, Kris, Johnny, and Waylon proud. The seemingly endless span of prairie land we traversed for 700 miles from Tucson, Arizona, is now being punctuated more and more frequently with blue spruces and Douglas-firs as we close the remaining distance between us and Denver for tonight’s show with Elvis Costello at the Paramount Theatre.

It has been an eventful week since our last journal entry.

To pick up literally right where we left off: I clicked “send” on the email that submitted our April 5 journal entry to the editors at American Songwriter and, in a moment of absurdly timely timing, there was a knock on the door of our dressing room. Actually, less of a knock and more of a metallic rapping, loud enough to make us startle. Hauling the door open, there was a moment of confusion in which E.C. was revealed on the threshold, his beringed knuckle still in mid-motion, a canary-eating smile curling on his face. He was on the phone, simultaneously talking into it himself and half-offering it to me. The next few moments established that it was “Conan” on the phone (meaning, Conan’s “people”) and would Larkin Poe be interested in appearing on Conan the next evening? The answer to which was of course “YES,” and immediately accompanied by all the expected physical reactions of low-grade shock of the happiest kind: lightheadedness, uncontrollable laughter, and the need to hug everyone in the immediate vicinity. We performed a giddy show in Riverside that night, drove the midnight highways back to Los Angeles, and woke up the next morning, April 6, to film a performance for Conan O’Brien’s fabulous show. And that’s the story of how your favorite sister band from Georgia made their national television debut in America. “TV Is The Thing (This Year)”! Haven’t you been watching E.C.’s giant, Lupe-O-Tone television?

On April 7, we reunited with our Detour family in San Diego; a family which, we should note, is ever-growing from city to city. In Santa Barbara, John Mcfee (of the Doobie Brothers) and Jimmy Vivino (infamous leader of the Basic Cable Band) joined the Costello “band of retrofits” for a few numbers. Getting to hear John McFee’s signature guitar lines on “Alison” pour forth from a Fender Deluxe in real-time was beyond magical, while Jimmy Vivino took “(What’s So Funny ‘Bout) Peace, Love, & Understanding” to church with some rollicking piano lines. In Mesa, Arizona, Nils Lofgren (of Bruce Springsteen’s E Street Band) swooped in with his electric guitar to underpin Elvis’ heartbreaking vocals on “Dark End Of The Street.” Luckily, we have managed to scoop up the fragments and refashion our hearts back into some semblance of working order since that song and carry on … and on … and on … all the way to Denver, where it is now time to change some guitar strings and sing a few songs. 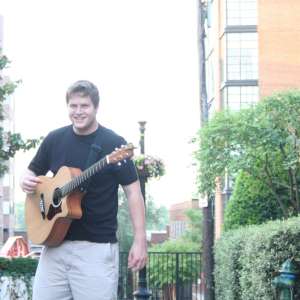 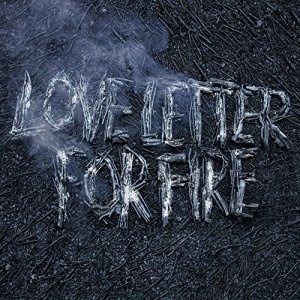