When I first picked up the guitar at 14, I was completely fascinated by the instrument.  It was a classical nylon string guitar that my grandmother had gifted me. I loved playing on it and finding all the different chord stylings. It was amazing to me that I could shift the pitch of the strings by just moving my fingers up the fretboard. I was completely obsessed with it.

When I was enrolling in College and choosing my career path, being a music publisher or a music supervisor was not an option. A curriculum like that just didn’t exist in 1997, but I knew in my soul that I was supposed to be doing music. I had two passions, music and soccer, and I didn’t wind up pursuing a career as a professional soccer player even though I toyed with the idea. I ended up majoring in TV production because I liked making films with my friends. Not only that, but the only music curriculum available was if you wanted to learn how to play a classical instrument like flute or saxophone and that was not something I really wanted to do.

If you were a music major, you either became a teacher, a music therapist or played in a symphony and while I toyed with music therapy, I decided against it. What weighed heavily into that decision was that I wanted to be making money out of school and I knew that music couldn’t provide me with that…or so I thought.

What I didn’t know was that there was a career path for working in music licensing.

So I went to work for CNN out of school. It was a good job with good pay but my passion was still music. There was no escaping who I was at my core and what I was meant to do. Today I want to talk about why it’s so important for you to embrace who you are and what that can do for your career.

When I first embraced who I was and embraced that I was meant to do music, things started to change for me. I was doing all these other things to make money that had nothing to do with music because I thought the only way to make money in music was to be a big star. Now, I didn’t automatically stop working or quit my job, but I opened my mind to the idea that there were other ways to make money with music. It’s one thing to do music as a hobby—which there is absolutely nothing wrong with—, but there is a difference between being a hobbyist and a careerist. A careerist is someone who takes a hobby and makes it into a business. (This is something I teach in my music licensing masterclass.)

Giving in and embracing that I was meant to do music full time really hit me when when I was living in New York and still gigging. I spent a lot of time in Washington Square Park where a lot of songwriters made their scene. Bob Dylan was one of those and he became one of my biggest influences. That scene heavily inspired and transformed me. I was seeing it clearly. I had a good job but it wasn’t what I was meant to be doing with my life. That allowed me to evolve.

It’s so important to look at your life and look at what you’ve done and what you’re drawn to. You might be drawn to a songwriter or a certain performer. Maybe you realize you’re not a songwriter, you’re a performer. That’s totally fine if that’s who you are. Embrace those parts of you and lean into it. Study it. Learn all about it. Once you have a defined idea of who you are, you’ll know what to do next, and you can start going down that path. When the foundation is established, you can start exploring and expanding other parts of you. Embracing who you are doesn’t mean you put yourself in a box.

As a Music Supervisor, I receive music creative direction and create direction for projects that I’m hired to work on. Then, I reach out to labels, publishers, managers, artists, and songwriters for music that fits that project. And it helps to know who has what exactly. Who has Latin music? Who has vintage music? Who is my female rocker?  If you don’t know who you are and what you do best, how can you best serve Music Supervisors who need music?  You can’t.

When you expand and bring back that knowledge to the core of who you are, that’s when new things start to get created that no one has ever heard. That’s the exciting part about music licensing. When you impress a music supervisor because it’s a type of song they’ve never heard before, then you stand out. You leave your mark.

Don’t just put your toe in the water. Dive in. You only live one life. Once you do that, I promise that everything will start to change for you.

About Jody:
Jody Friedman is founder of License Your Music (www.licenseyourmusic.com), an online coaching solution for musicians wanting to learn how to build a thriving career in Music Licensing.

Jody is an active Music Supervisor for Film, TV & Ads, and as a Music Publisher, Record Label Owner, Sync Agent & Creator.   Since 2008, he’s licensed over 10,000 songs to hundreds of projects and grossed over $1.75M in license fees and over $500k in Royalties. 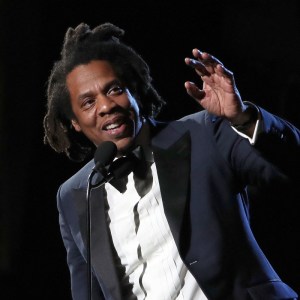 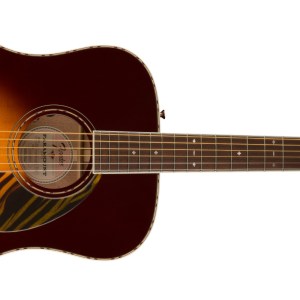