Eighteen-year-old pop artist Sophie Dorsten is one of the premier singer-songwriters of the Phoenix area, releasing original material online since she was 13 and performing throughout southern Arizona. The darling of the Phoenix-area music press, Dorsten is known for her powerful and versatile voice and for songs like “2000 Decembers,” part of the compilation album Alice Cooper’s Proof Is In the Pudding: A Taste of Christmas Pudding 2020.

Dorsten has mainly recorded in her desert hometown, but also spent some time tracking in Nashville last year, where she cut her single “Tomorrow.” She told American Songwriter about her influences, and about hanging out with longtime Phoenix resident Alice Cooper, in an email interview.

“I write indie pop/folk for lack of a better term,” she said. “When I was in elementary school, I listened to Selena Gomez and Adele, but in middle school I fell in love with the way James Bay wrote his songs. I wanted to be that genre and write like him, yet use the vocal power I learned from listening to Adele. I worked with a vocal coach who had a powerful vocal as well, and that also helped me develop that ability. There are so many artists I admire and love their styles, and so many different genres.”

Dorsten’s latest single release is “Reflections,” a long-distance collaboration with award-winning Tulsa-based rocker 3Mind Blight. Dorsten said that, after years of writing by herself, and occasionally with her brother, Alex, she’s lately been getting more into co-writing. “I do mainly write my own stuff, but my brother and I wrote both ‘Sea Salt’ and ‘Babydoll,’” she said. “In Phoenix there’s a big scene for music and it’s very easy to find fellow [songwriters]. I normally like writing on my own, but besides my brother I’ve done a couple collabs recently and it was such a cool experience, and I have a couple more already planned. It’s a fun and different experience writing with another person.”

As a guitarist, the singer primarily uses a Martin for her acoustic work, but her electric, which resembles a Fender Telecaster, was built by her brother. In addition to being a co-writer with his sister, Alex Dorsten is also the lead guitarist in her band and is a luthier with bel.Sonique Guitars in Phoenix, which markets completely hand-made guitars and basses.

Dorsten spends some of her time volunteering at Alice Cooper’s Solid Rock Teen Center, the rock star’s faith-based non-profit facility that offers free programs in music, dance, video production and other music and arts-related disciplines. Operating under the adage that “a teen’s worst enemy is too much time on their hands,” the center was founded by Cooper himself, and young people between the ages of 12 and 20 attend free music lessons there, some of them given by Dorsten.

“Alice Cooper is a great person,” she said, “and so is his [backup singer] wife Sheryl – just amazing people. I volunteer at Solid Rock by giving vocal lessons a couple times a week as well as helping when needed at events. I also perform at events to represent the center. I actually also take guitar lessons there myself from an awesome gentleman who used to play with Chuck Berry.”

“I sang with Alice there for a press conference he did for being on the Arizona Lottery ticket,” she continued. “He sang ‘School’s Out’ while I sang backup with Sheryl. I’ve performed the National Anthem many times for spring training games over the years with the Chicago Cubs, LA Dodgers, and more, all because of being a part of this awesome organization.” Solid Rock is also supported by instrument donations from Fender.

Dorsten said that she has only been able to play a limited number of gigs compared to her usual busy schedule during the pandemic, but she’s been using the time wisely. “By not having two or three shows a week as I used to have, I’ve had more time for creating. I love writing and recording my songs, and having the time for it has been awesome. I also love to paint, so I can spend days creating different songs’ cover art. I do miss having shows and hopefully that will return, but I feel I’ve been using my time to its fullest for sure.” 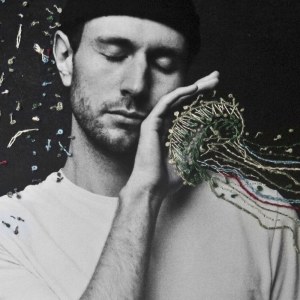 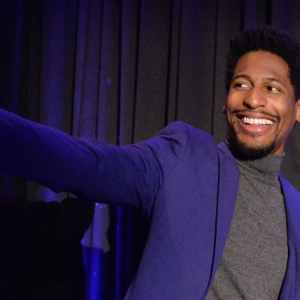