After many years as a trio, sibling country-pop vocal act Southern Halo is now a duo. The Mississippi Delta-born Morris sisters – Nata, Tinka and Hannah – had been performing since childhood, playing their own instruments and opening for artists from Maren Morris to B.B. King. They were the youngest performers to compete on the Texaco Country Showdown, which led to their self-titled debut EP being produced by Alabama’s Jeff Cook. But now, bass-playing sister Hannah has left to continue her education, leaving Nata and Tinka performing as a duo, and virtually promoting their new single “Don’t Let Another Day Go By,” scheduled for inclusion on their upcoming album, Something in the Water.

With Jack-of-all-trades Cliff Downs (Foreigner, Ringo Starr, the Judds) as producer, Southern Halo has released an optimistic, excitable single that addresses the times, though it was actually written before the COVID-19 pandemic. With an album version that includes a banjo-propelled instrumental break, and an edited radio version, the song is reminiscent of Fly-era Dixie Chicks. Now headquartered in Nashville, the sisters e-mailed American Songwriter to talk about “Don’t Let Another Day Go By,” which was written by Nata and Downs.

“Cliff and I actually wrote ‘Don’t Let Another Day Go By’ in the fall of 2019,” Nata said. “Going into 2020 with the epidemic taking hold, we felt that this track expressed something universal. It’s so easy for us to get distracted and let time get the best of us, but this song is a true reminder to enjoy the ride we are all on, and to stop and smell the roses every once in a while. We all need to be reminded to ‘Don’t Let Another Day Go By!’”

“It’s been truly inspiring to sit next to and work with a legend like Cliff,” she continued. “He has a resume as high as the moon and a passion for music that I’ve never seen. He knows exactly our sound and what our goals are for each song that we write/produce and record. He pushes me to be a better writer and allows us to be as creative as we want with each track. The writing process with him is just magical.” Downs also worked with the late Glen Campbell and with jazz chart-topper Richard Elliot.

Tinka said that she and her sister have been working on new material during quarantine, and partnering with FriendlySky, a company that provides artists with the ability to manage and sell products and services under their own brand, direct to their fans, and to flexibly sell tickets with an interactive seating chart for a series of virtual concerts. “We’ve been keeping busy writing songs and performing acoustic shows online,” Tinka said, “and we’re working on getting the songs Nata’s been writing arranged and produced as soon as possible. Then our first step will be to create a list of dates and show locations and get back on the road again!”

The Morris sisters have been making music together for more than a decade, with eldest sister Nata being the primary songwriter. “I started writing songs when I was around eight,” she said. “I just enjoyed writing about my sisters, friends, our pets, my day at school, elementary school crushes, etc. When we started playing music together, we really just jumped into learning covers, and I focused on playing on the weekends and going to school during the week. But I wanted to start writing songs again for us to record and play live in 2013, when we entered the Texaco Country Showdown and performed at the Ryman Auditorium in Nashville for the finals. From there, we were asked to open for some large touring artists, and this sparked me to want to write an album for us to play and sell at our shows, so that we could be like the artists we were opening for. I’ve been focused on my writing ever since.” As a trio with sister Hannah, Southern Halo released their previous single, “Sunshine,” last year, and their last album, Just Like in the Movies, in 2018. 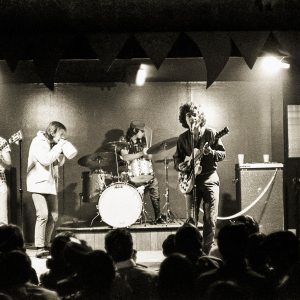 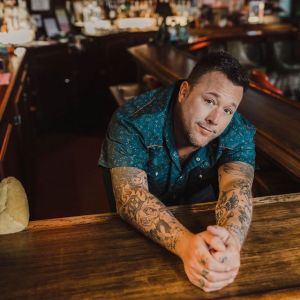