Staying occupied and creative during the COVID-19 pandemic isn’t easy, but singer Uncle Kracker is making the most of it, poking fun at our new normal with his single “No Time To Be Sober.” Uncle Kracker wrote the song with former Trick Pony bassist Ira Dean and Detroit rapper and DJ Paradime. Best known for his 2003 remake of Dobie Gray’s “Drift Away,” as well as several other top 10 singles, Uncle Kracker got his start in the music industry as the DJ for Kid Rock’s Twisted Brown Trucker band.

“No Time To Be Sober” is a combination of a writing and recording session in Nashville and of Uncle Kracker later working in his own Detroit-area home, where he’s been hunkered down like everyone. He explained by phone to American Songwriter how the song was written and recorded, and what he sees for the future of touring.

“This was a song I had started writing with Ira in Nashville, Ira and I had already done it months before the pandemic was even in sight,” he said. “I was in Nashville doing some writing with my buddy Josh Bright, who produced this song, and Steve Harwell from Smashmouth when I started writing this song with Ira. Ira came into the studio with the idea ‘No Time To Be Sober.’ The title was already there from Ira so it worked out perfectly. We wrote it and tracked it music-wise and I definitely loved the arrangement and the track we’d already done, but I wasn’t really totally happy with where the song [lyric] was. So I decided to rewrite it when I got home.”

“Later I was on the phone with my buddy Paradime,” he said, “and we were talking about how crazy everything is right now, and it kind of evolved from there, so we just basically rewrote what Ira and I had already done. It was actually almost too easy. Having it already tracked kind of lit a fire under my ass to finish it the way I wanted it.”

When the lyric was re-written, Uncle Kracker cut a new vocal track at a studio he felt was safe contagion-wise in Detroit, a place “Certainly no dirtier than walking into a Wal-Mart. Then I just emailed the vocals down to Josh in Alabama, which is the great thing about tracking nowadays, I don’t really have to go to Nashville, I can do things right from home in real time.” His daughters then shot the song’s YouTube video at his home on an iPhone.

Uncle Kracker himself has seen loss during the pandemic with the death of his grandmother when the virus first hit. “She was in a nursing home and we hadn’t been able to see her for a few weeks,” he said, “and then they put her in the hospital. They called and said she wouldn’t make it through the evening if she even made it through the next hour, and they were giving her morphine before she passed away. It just sucked that we couldn’t be around her for any of it.”

Uncle Kracker said he’s a longtime friend of Ira Dean, who’s also written for artists like Gary Allan and Jake Owen, and Paradime, who has won several awards for his hip-hop work in Detroit. “I guess I’ve known Ira for about 15 years,” he said, “always a great dude, always ready to write and play and sing, just a fun individual. And Paradime, he DJs for Kid Rock now, he took my old spot.”

The singer is promoting this new song virtually, as he doesn’t plan to be able to perform it on the road anytime soon. “I don’t think anybody’s gonna be out [on tour] much for a while,” he said.  “Everybody’s done a good job of rescheduling us and pushing dates back, but even those dates I’m seeing going away. My summer’s shot, that’s for sure. There are a couple charity things they haven’t cancelled yet, so I hope to do some of that. But so far the only thing on my schedule is for the fall, and that’s up in the air.”

Uncle Kracker said he doesn’t want anyone to take the pandemic lightly, but was just doing what he could to inject a little humor into the situation with “No Time To Be Sober.” “I was kind of hesitant about it, but it was just such a fun song – not funny, but just done in such a fun spirit on such a shitty subject. This is just a one-off, though I may stick it on an album later.” 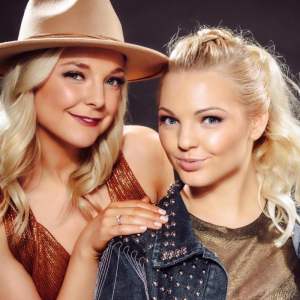 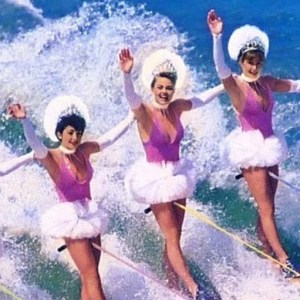