Spinal Tap, the world’s most important fake heavy metal band, just released a new album, Back From the Dead, in honor of the 25th anniversary of the band biopic This is Spinal Tap. The record features an six new tracks (with names like “Celtic Blues,” “Jazz Oddysey, and “Warmer Than Hell”) alongside “revisited and re-imagined” Tap material. It also comes with an hour-long DVD of commentary on each track.

Check out the hysterical video of the band promoting Back From the Dead on Billboard.com. They’ve still got it. 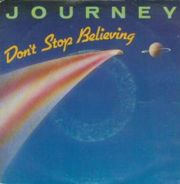