It’s Bruce Springsteen’s birthday today and he’s giving us a present tomorrow with the premiere of “Ghosts,” the second track to be released from his upcoming album “Letter To You”

The song reads like an energetic rocker, with lyrics reflecting back to the power Springsteen first felt when he played in a band.  A post on Springsteen’s official Facebook page features a snippet of the song’s lyrics: “Count the band in then kick into overdrive / By the end of the set we leave no one alive / Ghosts runnin’ through the night / Our spirits filled with light…” Ghosts out tomorrow!”

Presumably it’s about his first professional band, the Castiles, as the post is accompanied by a picture of the band. In an extensive interview with Brian Hiatt in Rolling Stone, Springsteen said “… I learned almost the entirety of my craft in that group… I still have a deep emotional thread that links me with the Castiles.” Another song on the album, “Last Man Standing,” is also quoted in the Rolling Stone piece as being inspired by his early days in the Castiles and Steel Mill.

If you want to celebrate the Boss’s birthday and get a deeper dive into his early life, I’d recommend an online visit to the Bruce Springsteen Archives & Center For American Music. The center, based at Monmouth University in Long Branch, NJ, serves as the official archive repository for all things Springsteen. Over 35,000 items of Bruce Springsteen’s written works, photographs, periodicals, and artifacts. The Center’s mission is to “preserve and promote the legacy of Bruce Springsteen and his role in American music, while honoring and celebrating icons of American music like Woody Guthrie, Robert Johnson, Hank Williams, Frank Sinatra, and others.”

Check out today’s post from the Center, taken when Springsteen visited the exhibition at the His Hometown exhibit at the Monmouth County Historical Association.

The Center will also host an album premiere from the Delevantes tomorrow at 10 ET, hosted by author Bob Santelli. E Streeter Garry Tallent, a longtime fan of the band, performs on the as-yet-untitled record. 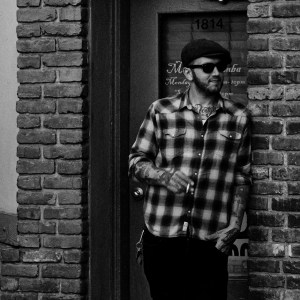 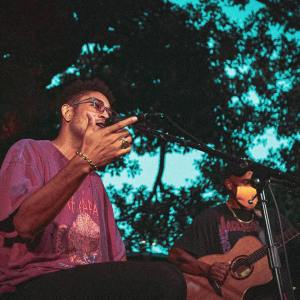