Stephanie Quayle just made the hardest album she’s ever had to make.

In 2009, the Montana-born singer-songwriter was in a relationship with a man who had a young daughter that Quayle felt like a mother-figure toward. In January of that year, the man tragically died in a plane crash, leaving both Quayle and his daughter with immense grief.

Soon after, the family set up a celebration of life where Quayle learned that she was not the only woman in her late partner’s life. The grief quickly shifted to betrayal for Quayle, but in the same breath, there wasn’t much to be done given that she felt a responsibility to protect his daughter from the negative light she was beginning to see him in.

Fast forward 12 years, Quayle is a celebrated songwriter whose lyricism doesn’t shy away from delving into her personal life. Though one of her biggest stories was never told, until now.

After rekindling the relationship with her partner’s daughter, the two spoke candidly about the secrets and transgressions for the first time, which gave Quayle license to finally air out what she had been carrying around for so long. What resulted is an eight-track record titled On The Edgewhere she tells her story.

“It was this rush of words, thoughts, and ideas,” she says about the writing process. “For the first time, I felt like I could write these songs. I didn’t know what that meant or what it looked like at the time. I just felt this weight shift. I’m a communicator, I’m a songwriter, so having to hold that in for so long created an unbelievable amount of space and freedom within me as an artist.

“It was like a dam breaking,” she continues. “It became this mental dump of every idea I could come up with. I didn’t want to do this twice. I needed to get it out of me.”

On The Edge is the third full-length from Quayle. She’s been around the block a few times and knows the toss-up between chart appeal and an unwavering artistic vision. But with this record, she knew there were no odds to weigh.

“The business can often seep in, but this was one of those projects where the record was about nothing other than the music,” she says. “If no one ever heard it, that would be OK. For me, it had to be about nothing but the story.”

Quayle chalks up the album to being about “the lost years” of her life. The years when she couldn’t put her truth into songs and needed to skirt around that emotional weight. The album’s opener is aptly titled after that sentiment.

“When it comes to these songs, I don’t have to exaggerate because it is stranger than fiction,” she says. “‘The Lost Years’ is about the heartbreak of being lost. I remember thinking, ‘Will I ever be happy again?’ This song mostly wrote itself after 12 years of censorship.”

Going down the tracklist is like flipping the pages of a book. We get a prologue with “The Lost Years.” We then move into a few somber numbers about the plane crash with “Like She Is” and “Last Breath.” Things take a shift around track four, “Charmed,” which sees Quayle taking a look back at their honeymoon phase, albeit with a more discerning eye.

The album closes out with “Only Good Will Come Of This.” Quayle recounts that the phrase was the first thing her mother said to her after the plane crash. Quayle has since clung to the phrase whenever she is hit with hard times.

“‘Only Good Will Come Of This’ is loaded with layers of history and nostalgia from certain aspects of my mom and how she has really been a part of my music and my healing,” she says. “I think that had I not gone through the hardships I’ve gone through, it would feel very flippant to say, ‘Oh, everything will be fine.’ And I would never want that to be how anyone took anything I did. I want people to know that even in our darkest, most challenging times, we can find a way to fight through it.”

There is one person, in particular, Quayle hopes finds healing with the project—his daughter. Quayle sat down and listened to the album with her and anxiously awaited her thoughts.

“When she heard it, she had a lot of feelings,” Quayle reveals. “I remember her saying, ‘I just don’t know why you aren’t more angry.’ I thought that was really interesting and I shared with her that I was very angry. I’ve done a lot of work on myself to get to this place. Anger takes such a toll on your body physically and mentally. I just had to choose not to live in that world because I wasn’t going to let it take me.”

On The Edge is a testament to resilience through grief and heartbreak. With such vivid imagery and a keen tact, Quayle delivers the sonic equivalent of a book you just can’t put down. 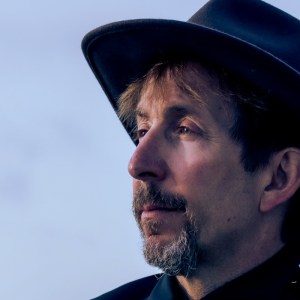 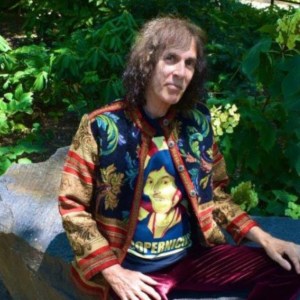