Several decades on in a career that has made him one of the leading lights of America’s indie scene, Richard X Heyman continues to stun and surprise. His expansive new opus, 67,000 Miles An Album, offers another stunning example of his remarkably prolific prowess and amazingly expressive abilities, courtesy of 18 multi-textured, lavishly arranged songs that find Heyman writing all the songs and playing practically every instrument. Wife Nancy adds bass, harmonies, and engineering, while Probyn Gregory of Brian Wilson’s band, along with Julia Kerr and Chris Jenkins supply occasional brass and strings. Mostly though, this is Heyman’s singular tour-de-force, given his considerable overdubs on multiple guitars, keyboards, and percussion.

The result is nothing short of an audio extravaganza, with songs that literally seem to be swept along on dense layers of melody and mystique. The title alone is a story in itself.

Richard was fascinated to learn that the earth revolves around the sun at a speed of approximately 67,000 mph, but everything down here on the ground seems so still!, Nancy Heyman explains. The album is about an hour long, so from the time you start listening to when you finish, you will have literally traveled through space approximately 67,000 miles – hence ’67,000 Miles An Album.’

In fact, the album is a solidly stirring, dramatic, and dynamic set of songs, most of them oversized and anthemic in terms of both execution and intent. Heyman’s a rocker at heart and so it’s hardly surprising that several of its tracks—“Traveling Salesman,” Sure Fire,” High Line Scenes” and, naturally enough, the reflective “Misspent Youth”—hold to a certain ‘60s-like sensibility. After all, Heyman and his teenage band the Doughboys, with whom he still occasionally performs, were weaned on the sounds of Them, the Yardbirds, the Zombies, the Animals, and the other groups that stood at the forefront of the so-called British Invasion. It’s little wonder then that the songs, with their high harmonies, infectious grooves, and effusive arrangements, retain the wonder and resolve of those early ensembles.

Ultimately, 67,000 Miles An Album is another outstanding example of Richard X Heyman’s dedication to form and finesse, and one which ensures his status as one of power pop’s prime movers. Here again, he goes the distance. 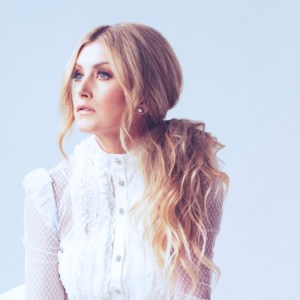