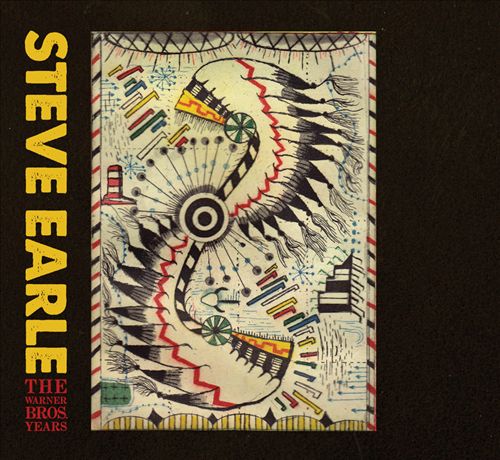 Even more legendary than Steve Earle’s drug problems is his sobriety. After several years wasted on heroin, he was arrested for possession and a weapons charge, missed his court date and was sentenced to a year in the clink and rehab. It seemed like the sad last act of a talented guy who’d been attending Nashville song pulls since before he could drink (legally, at least) and who’d made one of Nashville’s best debuts, Guitar Town, in 1986. Clean, sober and newly focused, Earle made his comeback in the mid 1990s with a string of albums that displayed a whole new sense of musical synthesis, lyrical ambition and actual wisdom gained from stupid mistakes and hard experience. The Warner Brothers Years, which collects his first three album as a sober man and adds a live CD and a live DVD, is a testament to the power and clarity of getting your shit together. As the man himself asserts in a new interview included in the liner notes, “What I hope people take away from this period of my life is this: Don’t let anyone tell you there’s any correlation between being creative and being fucked up… I’ve done way more shit sober than I did fucked up.”

Earle started admirably slow: Train A Comin’, recorded the month after his release from prison, is mostly old songs interspersed with a few covers and some startling originals, all set to a sharp acoustic accompaniment courtesy of ace pickers Peter Rowan, Norman Blake and Roy Huskey. Originally released on Winter Harvest Records before Warner signed Earle, the album alludes to his troubles only indirectly: The title recalls Johnny Cash’s “Folsom Prison Blues,” although Earle had the restraint not to actually cover the most obvious song he could cover. Instead, he embeds that phrase in the opening track, “Mystery Train Part II,” a reimagining of the Little Milton hit with bits of “Folsom” thrown in. Earle is less concerned with taking stock of his own troubles than with exploring country’s—and this country’s—history. He writes about mercenaries in Mexico and Civil War deserters in Texas, covers the Beatles and Townes Van Zandt and the Melodians and won a damn Grammy for Best Contemporary Folk Album.

Train’s power comes from its modesty. Earle isn’t trying to make a big statement about his past here, instead, he’s pointing a way forward, as if in prologue to a career not many onlookers thought he’d achieve. Getting down to the business of making music again, he’s squirrelly and irreverent, occasionally funny and even wry, which only makes the quiet moments all the more powerful. A lovely duet with Emmylou Harris, “Nothin’ Without You,” is a tender declaration of love and need that sounds all the more persuasive sung in Earle’s gruff voice. And “Goodbye” may be his greatest composition, a work of startling simplicity and directness that’s almost intolerably intimate. Listening to it is like eavesdropping on a sad last phone call between lovers ten years after they split. It’s even better on the live disc, when Harris joins him on stage for an especially aggrieved performance. Having someone sing the song with him may dispel its lonely reverie, but it does give him someone to apologize to.

As though making up for lost time, Earle took barely a year to release a follow-up, 1996’s I Feel Alright, and right from the first chords—of electric guitar, it should be noted—he addresses his demons head-on. That title track reconsiders his place in the roots-rock world:

I got everything you want or need
Your darkest fear, your fondest dream…

Be careful what you wish for, friend
Because I’ve been to hell and now I’m back again

Playing the parts of Virgil, of reporter, of pusher, Earle sounds almost like he’s shifting blame to his audience, as though his addictions were borne from his attempts to live up to their demands. An abrasive and defiant opener that offers neither apology nor assurance, “I Feel Alright” defines the tone of the album both musically (lots of grinding electric guitars) and lyrically (lots of dire self-reckoning), culminating in the one-two punch of “The Unrepentant” and “CCKMP,” two of Earle’s prickliest numbers.

I Feel Alright is shot through with complications and contradictions, not all of which are untangled by album’s end and many of which are further knotted on the live DVD. In fact, the album is best when it’s never quite so self-conscious, quite so loud, or quite so unrepentant — as on the bittersweet mea culpa “Valentine’s Day” and the sweet denouement “You’re Still Standing There,” a duet with Lucinda Williams. An apt closer, the latter song represents the opposite extreme from the opening track: Rather than implicate his audience, he simply thanks them for sticking around.

That 1997’s El Corazón lacks the punch of I Feel Alright may have less to do with the actual music and more to do with the surprise factor. It’s a fine follow-up, in some ways exceeding its predecessor, but it breaks no new ground, offers no new facet of Steve Earle, the man or the myth. Digging in, he made merely a strong collection of really good songs. While El Corazón may not occupy the most vaunted spot in his catalog, it proves a refinement of his previous genre excursions and prescient nod to future accomplishments. Transcendental Blues, arguably his best and most popular album, was born in the rock-country experiments on “Telephone Road” and “NYC”; “I Still Carry You Around” was his first collaboration with the Del McCoury Band, who backed Earle on 1999’s The Mountain, and the eloquently observed “Christmas in Washington” prefigures every one of his Bush-era protest anthems.

In other words, The Warner Brothers Years shows a man only just getting started. While it doesn’t include some of his best post-jail efforts, the set documents the beginning of one of the greatest second acts in rock history. This is Steve Earle righting the trajectory of his life and his career; this is the sound of a damaged but determined man becoming something like a hero, as David Simon argues in his liner essay (which is worth the price of the set by itself). Who among us knew in the mid 1990s how comfortably Earle would bear that mantel for so long? 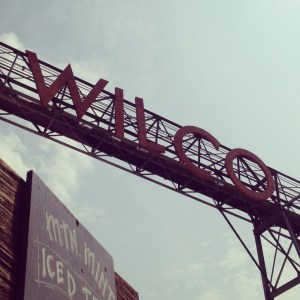 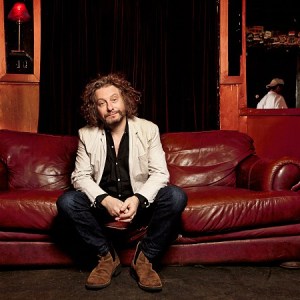