The last issue of American Songwriter contained a very nice letter from Nicole Nikki Sullivan. Part of the letter dealt with the agonizing problem many songwriters face about the need to go where the music business is. I began writing about the business of songwriting nearly 35 years ago and, even then, I was constantly screeching that you have to come to Nashville if you hope to make it as a non-performing songwriter. Since then, I’ve never had reason to doubt that bit of dogma, but Nikki’s letter got me thinking. Am I really right? Is there no other way? After all, there are a lot of talented and dedicated songwriters whose lives make it impossible to move to a commercial music center. I felt that I owed Nikki, and thousands of other readers of this magazine, more than pat dogma. As I start this article, I promise I haven’t come to any conclusions yet; you’ll read my thoughts as they develop.

I’m sure many of you who are loyal readers of this magazine are somewhat troubled that we are constantly making reference to Nashville and Music Row as the center of the American songwriting industry, versus L.A. or New York. Some of you cannot understand why the magazine is based in Nashville. Well, you are not alone. I’m sure there are moguls at the major music conglomerates who don’t understand it, and don’t like it. However, it is a fact that Music Row presents a centralized, almost campus-like agglomeration of publishing companies, studios, labels, management companies, performing rights organizations—all the elements that make up a commercial music industry. Music Row feels approachable. It’s a place where a newcomer need not feel intimidated. It may not be quite as warm and fuzzy as it was 40 years ago, but it still feels like a legitimate destination for the ambitious songwriter.

I, and others, have had a lot of discouraging words to say about the A & R functionaries who sign singers who have never written a song in their life, throw those singers in a room with veteran songwriters and then market the singers as the next Hank Williams or Merle Haggard. All that is true and deplorable. But as far back as I can remember, there have always been insiders with special connections that brought them songwriting success. It is these connections that songwriters cannot develop in Dubuque or Duluth or Peoria.

But Nashville… the South… Country music?

Get over it. You may or may not like the sound of country music, but on Music Row, they still honor the song as distinct from the production. Believe it or not, many of the most popular songs in the pop world come out of Nashville. In Nashville, songwriters still get together and write a song without making the melody and lyric subservient to a riff. We may be old fashioned here, but we deal in basics, and I earnestly believe it is the continued influence of Nashville that keeps the song alive in the pop world; otherwise, the song as we know it might have vanished from pop music somewhere around the Disco era. So I don’t care what kinds of songs you write. I believe that going to school for country songwriting is just as valid as studying Shakespeare, Shaw and O’Neill to learn the craft of writing plays.

I really thought I needed to establish “Why Nashville?” In order to proceed to the main question, “But do I really need to be here?” Answer: Songwriting offers a difficult road to success. Talent counts. Toughness counts. And yes, the luck of relationships counts. A new writer in town may hook up with an old pro, thinking that the old pro is a conduit to success. It may take three or four years for that new writer to realize that the business, and the music, have passed the old pro by. Or a new writer in town might hook up with an old pro who has hooked up with an up-and-coming singer/songwriter and the three possess a powerful songwriting chemistry that carries them to glory. Some paths of networking lead to fame and fortune, some lead to dead ends, and most, well, they lead to more networks.

In Nikki’s letter, she explains why she can’t move to Nashville, and describes some of the networking she has done. It is this part of the letter that has grabbed me, and since y’all have read this far, here is a grain of wisdom you can glean from an otherwise digression-filled column: The Internet is changing the songwriting industry and will change it more and more, radically, over the coming years, in ways that we cannot imagine today. The Web can be one heck of a place to network. As an example, I suggest you visit AmericanSongpace.com, AS’s Web site specially created to bring songwriters together. Some smart people on the staff of this magazine are putting a lot of thought into that Web site. As the site matures, it will link with more and more websites for serious songwriters. One day cyberspace will replace Music Row. Even now, songpluggers e-mail a lot of their pitches. What would you give for the email address of the head of A & R at Big Machine or Capitol Records?

… Nikki and the rest of you, it wouldn’t hurt to make some appointments and spend a week or two on Music Row, just talking to people, getting a feel for their needs and how things get done. But there are also the online sites like American Songspace, Facebook, MySpace, YouTube, CDBaby and a thousand others that might move a songwriting career forward. I do believe that, sooner or later, learning to do music business on the Web will be as important as hanging out on Music Square West is today. Thanks for the letter, Nikki. I think you’ll do fine. 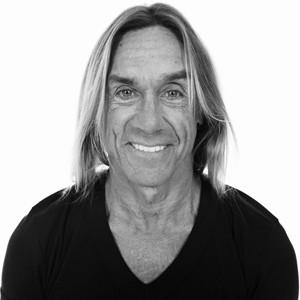