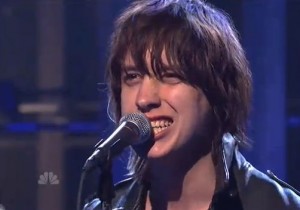 On a night hosted by teen pop star Miley Cyrus, The Strokes brought an air of danger to last night’s Saturday Night Live, when singer Julian Casablancas audibly said “fuck it” at the end of “Under Cover Of Darkness,” the lead single to their upcoming album Angles.

It appeared that Casablancas was frustrated with his performance, or maybe he was just hoping to make television history.

The band also unveiled the Angles track “Life Is Simple In The Moonlight,” which perhaps borrows it’s title from a lyric from Bright Eyes’ 2001 track “Lua” (“what’s so simple in the moonlight, now it’s so complicated.”)

Check out video of both SNL performances below, and let us know what you think.

Casablancas recently explained the story behind “Under Cover Of Darkness” to NME.com, which draws musical inspiration from the 1985 Clarence Clemons/Jackson Browne hit “You’re A Friend Of Mine.” “I guess it’s about someone who works in the military and has a girlfriend,” he said. “It’s cheesy, I guess, but it’s about having to leave a loved one behind. I weirdly like the bridge and the chorus of that Clarence Clemons song…. That was the vibe we were going for… I shouldn’t confess such things!”

(“Under Cover Of Darkness” unedited version) 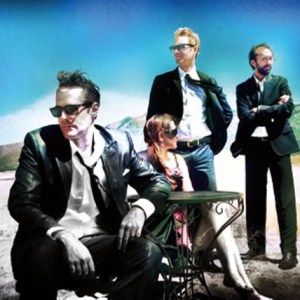 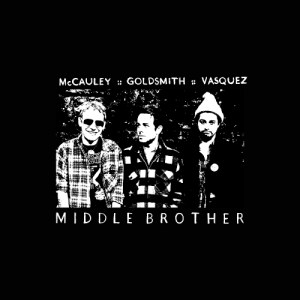