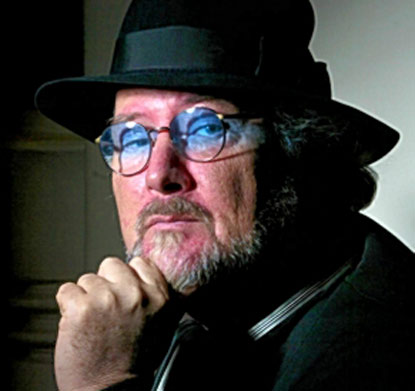 Scottish rocker Gerry Rafferty, who co-wrote “Stuck In The Middle With You,” one of the most enduring hits of the 70s, died Tuesday at the age of 63. Rafferty had been suffering from kidney failure.

A former busker, Rafferty joined the Scottish folk group The Humblebums, alongside actor and comedian Billy Connolly, in the mid-60s. After a few albums, Rafferty went solo, and later formed Stealers Wheel, the UK’s answer to Crosby, Stills, and Nash. Their self-titled 1972 debut album included “Stuck In The Middle With You,” a highly Dylan-esque tune which Rafferty co-wrote with bandmate Joe Egan.

Stealers Wheel broke up in 1975, and Rafferty returned to releasing albums as a solo artist. In 1978 he scored another big hit with the sax-heavy “Baker Street,” which was later covered by Rick Springfield, Waylon Jennings, Foo Fighters, and Jars of Clay. Rafferty’s 1979 album Night Owl featured guest appearances from Linda and Richard Thompson. In 1992, Quentin Tarantino included “Stuck In The Middle With You” in his movie Reservoir Dogs, introducing Rafferty and Stealers Wheel to a whole new audience.