The Canadian artist moved to Nashville after being discovered on Twitter by Rhett Akins.

On Friday, Candian singer-songwriter Sykamore released a new EP entitled California King via Music Knox Records/Wheelhouse Records. Blending country sensibilities with a modern sound, the EP is a fantastic example of the poppy innovations being cooked up in Sykamore’s new base of operations: Nashville.

Produced by industry veteran Michael Knox (Jason Aldean, Thomas Rhett, Kelly Clarkson), California King is a five song breeze which is as relatable and funny as it is intimate and personal. Joining Knox in the ranks of Nashville royalty who helped deliver this EP is Rhett Akins, who gave Sykamore a jumpstart on her career by signing her to his HOME Publishing Team.

“I’m very aware that this is a story that doesn’t happen very often,” Sykamore told American Songwriter, recalling how she was first discovered by Akins. “It was pretty surreal. I had just followed his son, Thomas Rhett, on Twitter and then one of the profiles the algorithm suggested was Rhett Akins. I didn’t really have an agenda, I was just following people, so I hit follow on him too.

“A few hours later I had a message in my inbox from him. He told me that he went to my YouTube channel, looked at my music and is a fan. A lot of the stuff on my YouTube was just like acoustic covers. I also independently released a few songs and had just the audio up. I think between those and the acoustic covers, Rhett saw something he liked. He said ‘if I can help you in any way, I would like to.’

“I met Rhett and we were just friends — he was a champion of mine for about a year. Then, while I was still living in Canada, he reached out and said ‘I know you’ve been looking for a publishing deal and I’m just telling you that you don’t need to shop for one because I am going to offer you a contract.’ That being in place is what actually allowed me to move down from Canada and get a work visa. Honestly, it’s a pretty crazy story and I feel really lucky that it happened to me.”

Elated as she was, however, Sykamore explained how there was also a good bit of nerves and uncertainty related to the move.

“To arrive in Nashville with a level of recognition that I hadn’t had before was a little bit nerve-wracking,” she said, “but it was also really exciting. There was definitely an element of culture shock, especially since it was the biggest move I had ever made, both personally and professionally. I lived just under an hour away from my parents in Calgary for my whole life. I know a lot of Canadians who come down to Nashville without deals in place, so I feel really lucky to have had one when I moved down here, just to have that security. It worked out for the best.”

Once settled in, Sykamore got writing and recording with her team; work which ultimately ended up becoming California King.

“The EP is five songs of 13 that we recorded,” she said. “At the outset, I wanted to make a whole record, but it’s hard to know how it’s going to be released after the fact. I definitely knew that regardless of whether it was going to be a piece of it or the whole thing, I really wanted to take my time. I waited two years between my last release and this one to get it right and infuse the kind of sound I’ve been working up to. It was about figuring out how to say what I wanted to say.”

Much like the rest of the EP, what Sykamore had to say ended up being impactful both personally and universally. California King explores the solace and comfort that music can offer — a sentiment which rings poignantly in today’s world of pandemic and uncertainty.

“The idea that you can get ‘high’ off a record is very real for lots of us,” she said. “Music has always been an escape for me. Even before I was a performer or songwriter, I loved to listen to music. It’s definitely provided a lot of catharsis and expression for me over the years. It’s a drug in its own way. It has a way of reassuring you or taking you away when you need to get out of reality.” 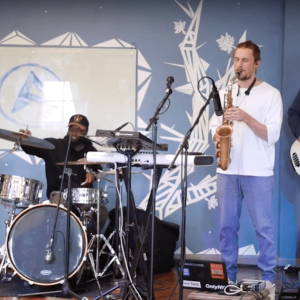 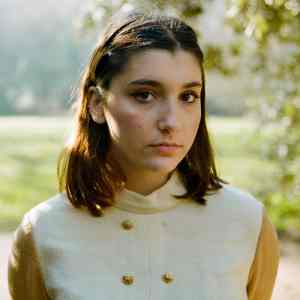