“It’s been a while since I was writing toward pointed things,” T.Hardy Morris tells American Songwriter over the phone from his home in Athens, Georgia. Morris, a founding member of Diamond Rug along with John McCauley, Robbie Crowell of Deer Tick, Ian Saint Pé of The Black Lips, Steve Berlin of Los Lobos, and Bryan Dufresne of Six Finger Satellite, thinks back even further to his days in the band, Dead Confederate.

“That was back when George Bush was President, and so we were writing towards his bullshit,” he continues. “So getting back into that responsive writing—I don’t want to say it was nice, but it was different. My past few albums have relied more on nostalgia and personal musings. That’s all good and fine, but it didn’t feel nearly as important as some of the things we are witnessing.”

On June 25, Morris will release his third full-length solo collection, The Digital Age of Rome via New West Records. Like many in the music community, this is not the record Morris planned to release this year.

After touring the acclaimed Dude, The Obscure in 2018, Morris had 13 new songs demoed for a new album. When the pandemic struck, Morris halted forward progress on the project and did what songwriters do. He responded. Morris wasn’t headed in a particular direction when he started. But putting pen to paper, he began to catalog his views of the world through an anxiety-stricken conscience and weary eyes.

Four or five songs in a semblance of cohesion took shape, pushing Morris into creating an entirely new project. “Everything hit the brakes, and I was able to re-evaluate,” he says. “I still liked those songs, but they no longer felt apropos to the circumstances we were in. Being stuck at home, I had a chance to take stock of things, without a ton of intent. Next thing I knew, I was writing a new album.”

The 10-track album is composed of these existential etchings, questions, and general critiques that form the question: “What the hell are we doing?”

One of the first songs to unfold is his single “Shopping Center Sunsets,” a satirical song that wields a humor-tinged jubilee to set the quintessentially American scene.

Produced by Adam Landry (Deer Tick, Rayland Baxter) and mixed by engineer Nate Nelson, the soundscape shifts to meet the titular modernity of the album. Where past albums have leaned into classic rock roots, The Digital Age of Rome pushes forward on a new path. He employed intentional elements like synths and ice pick guitars in an effort to create something “digitized.” Lofty neo-folk/pop instrumentation evokes an almost ethereal sonic foundation, allowing space for heavier lyrical interpretation.

“I wanted it to feel more modern, which is funny because anything you try to do in music nowadays, but sounds ‘modern,’ people are like ‘that sounds like the the ‘80s,” he says, laughing. “I’ve heard it, too. Even when you try to go people try to do like new things, it automatically sounds like something from thirty years ago.”

The album carries a chord-induced tension throughout. Wound up notes conjure up familiar emotions surrounding the uncertainty that has ensued since last March.

The tuning, he says, is one string that’s tuned “way up into unison with the other ones. And when you play certain chords, they’re just your standard chords, so they don’t necessarily sound different, but they do feel a little different because of that particular one. It’s kind of off-note, which creates a strange anxiety. It sounds nice. But there’s still, like a slight discomfort to it.”

Lyrically, the album speaks to the fragility of a society propped up on greed and materialism. Songs like “New New New…Next Next Next” and “First World Problems” penetrate the perceived strife within privileged populations.

“I wasn’t trying to put forth any kind of answers,” says Morris. “Instead, I was audibly, writing out the questions and shifts in perspective, reflecting on what was going on. It wasn’t a preaching session as much as it was just sonic reflections. So it wasn’t difficult to address these things—just kind of uncomfortable.”

Checking in on humanity, the artist explores the unchecked nature of modern fixtures like modern technology and social media. Morris considers the danger in these things, often attributed to progress in the title track:

“It was refreshing to truly just react to a moment and write towards that. At the end of the day, that’s where great art usually derives from,” he says, humbly clarifying he is not calling his art “great art.”

Ending on a candid note, “Just Pretend Everything is Fine” wraps up the think piece with an ode to destructive desensitization.

“We’re all guilty of it. Should we pretend everything is fine? Or do you even have to say that? That’s what the human condition is built to do is some tragic way,” says Morris. “That was a deliberate ending, just one final shrug.” 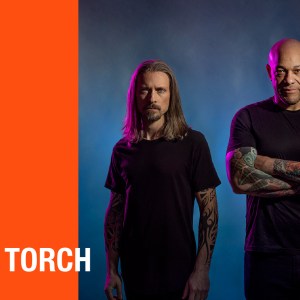 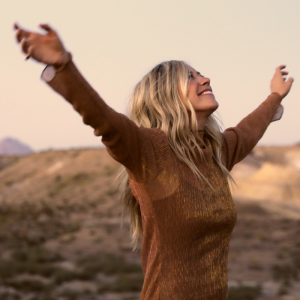