Well, yesterday we wrote that Amazon might beat Apple and Google to the cloud, and today, the online-shopping giant has officially done it.

On Amazon’s home page Tuesday, the company has published a letter to users from CEO Jeff Bezos. Bezos explains in layman terms why cloud computing is, essentially, better – especially for music. “It’s possible to buy music from your phone, but then it may get stuck there. It’s possible to buy music from your work computer, but then you have to transfer it to your home computer.” The cloud takes care of storing all your music, as well as digital files like photos and videos, and makes them accessible from a web browser of mobile device.

Amazon’s announcement today is essentially for two services, Cloud Player and Cloud Drive, that work in concert with one another. You’ll need an Amazon account to use either, which nicely packages with existing Amazon shopping accounts, which are also used for Kindle Store purchases.

Amazon has first expanded on their 15 million-song MP3 Store with the Amazon Cloud Player. The Cloud Player runs in browsers and no software or installation is required. Amazon’s Cloud Player looks a little like the design of their MP3 Store, which was never as sleek and fun as Spotify, Rdio, or iTunes. They’ve gone with the Play controls at the bottom of the screen, which differs from other players like a standard iTunes setup. You can also search for songs and create playlists. Nothing revolutionary, but Amazon has given the user a functional and enjoyable music experience.

With Amazon’s Cloud Drive, you can both purchase music from Amazon’s MP3 store to save in the cloud, or save music from your computer’s hard drive to the store in the cloud. Any of this music will be accessible from a web browser or Android device.

While Bezos’s note boasts that you won’t have to download any software, that’s technically true for Cloud Player – but misleading for Cloud Drive. You will have to install the Amazon MP3 Uploader, which takes a few minutes, in order to upload music from your hard drive to Amazon’s cloud. Once the MP3 Uploader launches, it will immediately start scanning your computer’s hard drive for “eligible” music. Of my external hard drive’s 100 GB or so of music (from myriad sources), Amazon found six playlists and 589 songs – about 3.3 GB of music – that it wanted to upload to the cloud.

The pricing seems very fair and breaks down like this: Users can upload 5 GB for free to the Cloud Drive, but get they get 20GB if they purchase an album in the Amazon MP3 Store. Otherwise, space comes at a $1 per GB premium beyond the initial 5 free GB.

It’s interesting to note that Amazon’s service is not available for Apple’s iOS (the operating systems for iPhone and iPad), while it is available for Google’s Android operating systems for smartphones and tablets. Mashable has found a funky workaround for getting an iPhone to play music from Amazon’s cloud, though it looks like a mere hack novelty than a usable feature. One would expect Amazon to come out with an iOS app in the near future for Cloud Drive and Cloud Player. It’s hard to speculate what might be going on between Amazon, which comfortably runs a popular Kindle reading app on iOS, and Apple, who is trying to launch its own cloud, though whatever the holdup was with Apple, it didn’t seem to be a problem with green-lighting Google’s Android system for Amazon’s cloud services.

Where Cloud Drive and Cloud Player really make sense are for users who already do a lot with Amazon. I have a shopping account I use fairly frequently and I own a Kindle, so I’m often browsing for books in the Kindle Store. Now, with Cloud Drive and Cloud Player, Amazon has given me a better one-stop shop for my media. Perhaps I’ll quit messing with my iTunes altogether, or cancel a streaming service account if I decide I can get my entire music experience through Amazon, though there isn’t a social discovery element, such as iTunes’ Ping or Rdio.

It’s not surprising Amazon has launched these services, and, in some ways, it’s not surprising that they got there first. They’ve shown that they are a dominant force in online shopping. While Google and Apple could equally make claims for being setup to excel in offering users cloud experiences, both companies have many other initiatives, such as search and hardware. Amazon’s cloud services will now work seamlessly with the company’s existing offerings and are priced very attractively to lure new users. 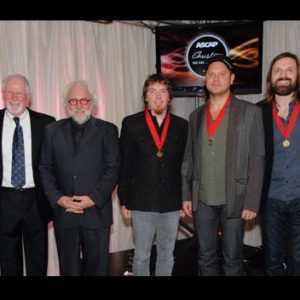 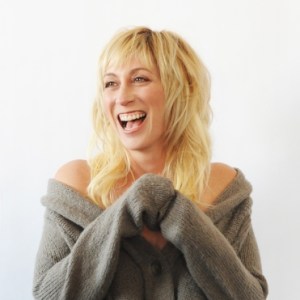