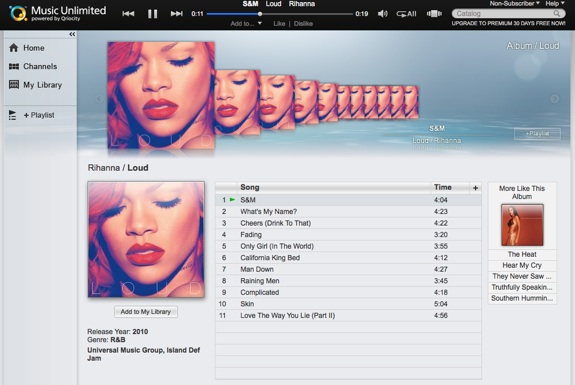 On February 17, Sony launched their new music service, Music Unlimited Powered by Qriocity, in the U.S., New Zealand, and Australia. The service had previously been available in parts of Europe.

Music Unlimited will join the competitive ranks of music services like iTunes, Pandora, and Rdio, which also offer services such as streaming, radio stations, playlists, and library functionality.

Sony’s service is sleek and clean and looks a little bit, at first glance, like Rdio. Music Unlimited follows a similar pricing model to Rdio as well. The basic $3.99 a month plan gets you ad-free access to some channels, while $9.99 allows for unlimited access.

Both plans offer Sony’s Music Sync technology, which syncs your computer’s existing music with your cloud library, as well as SensMe, a sort of station personalization based on a subscriber’s tastes.

For the premium plan, subscribers can customize playlists and get on-demand playback (for basic, on-demand would be limited to 30 second samples), and also receive access to premium channels like Global Top 100.

Sony’s pricing plan seems a bit cumbersome, if you compare it to the similarly-tiered Rdio. With Rdio, both a basic $4.99 plan and $9.99 premium plan off unlimited access – one offers just web, the other web plus mobile. With Music Unlimited, it doesn’t seem like you’d get a whole lot of value for $3.99, compared with Pandora’s free web service.

Certain aspects of Qriocity and Music Unlimited also feel like Sony doesn’t understand the digital music space as well as their competitors. The cheesy graphics for the radio stations and Qriocity splash page are two examples where Sony feels corporate and bland.

In its current form, MU is not available for mobile use. The service is, however, compatible with Sony web-connected devices like Playstations, Bravia TVs, and Vaio computers. Plans to integrate the service for the Android platform are forthcoming.

Sony’s risk in entering the music subscription space this late in the game is seen by many as an attempt to compete more effectively with Apple.

As Hypebot astutely points out, “It’s also important not to diminish the potential created by having [Music Unlimited] pre-embedded in millions of consumer electronic devices around the globe making connections similar to those that Apple has made with iTunes and its iPod, iPhone, iPad and computers.” 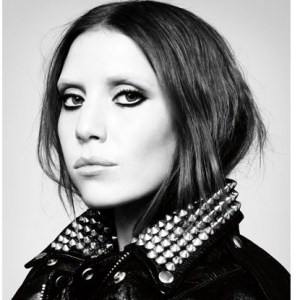 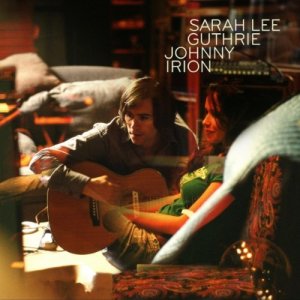