In its 15-year history, the Texas Heritage Songwriters Association Hall of Fame has honored several dozen of the finest, most accomplished artists in the world. But until Saturday night, not one was African-American.

That oversight was finally rectified with the induction of T-Bone Walker, known as the man who electrified the blues, during a ceremony at Austin’s Paramount Theater. Walker, born in Linden, Texas, and raised in Dallas, is renowned not only for inspiring players from B.B. King to Steve Miller, but as the author of “Call It Stormy Monday (But Tuesday is Just as Bad)” — aka “Stormy Monday,” said to be the most recorded song of its genre. A video included clips of Stevie Ray Vaughan, King, the Allman Brothers and Eric Clapton playing the song, followed by Jimmie Vaughan’s declaration that, without T-Bone, “There wouldn’t be Eric Clapton, there wouldn’t be Jimmie Vaughan, there wouldn’t be Chuck Berry.”

Walker was one of six artists recognized at the star-studded event; the organization also inducted Jerry Jeff Walker, Jim Collins and the late Susanna Clark and Larry Henley into its hall of fame, and presented B.J. Thomas with the Darrell K Royal Texas Music Legend Award, named for the late University of Texas football coach and passionate cheerleader for Texas songwriters. All received a specially designed statue of 2009 inductee Willie Nelson. Walker’s daughter, Bernita, whom Jimmie Vaughan recalled meeting when both were children, accepted the award.

The other Walker, Jerry Jeff, was born in Oneonta, New York, but as Lone Star natives like to say, “got here as soon as he could” in the early ‘70s — just in time to become a central figure in the budding cosmic cowboy scene. By then, he’d already written the tune that would make him an enduring icon and become a massive hit for the Nitty Gritty Dirt Band: “Mr. Bojangles,” about a character he met during a weekend sojourn in a New Orleans jail. Soon, he would make one of the most influential albums in the genre that would become known as outlaw country: ¡Viva Terlingua! Among other tunes, it featured 2018 inductee Ray Wylie Hubbard’s “Up Against the Wall, Redneck Mother” and Lost Gonzo Band member Gary P. Nunn’s “London Homesick Blues,” which became the theme song for Austin City Limits, the still-running PBS TV show that put Austin’s music scene on the map.

“He came up with himself completely from scratch, just like Mark Twain and just like Will Rogers,” said his friend Todd Snider. And then, according to 2007 inductee Bruce Robison, “He set the tone for Texas music.”

Added Jack Ingram, “If you wanna know how to make magic, just listen to all of Jerry Jeff’s songs.” He and Snider delivered another special moment when they duetted on Walker’s “Gettin’ By” — just two troubadours singin’ a song about the troubadour life. But the Kleenex moment for some in the audience occurred when Django Walker, Jerry Jeff’s son, performed “Mom and Dad,” expressing his appreciation for how they raised him.

Rodney Crowell (a 2008 inductee), said as he presented Walker’s award, “I don’t think it’s lost on any of us … it all starts with Willie and Jerry Jeff. He would be the fifth Highwayman.” Equating Walker with that iconic band — which featured Nelson, Kris Kristofferson (2006), Waylon Jennings (2014) and Johnny Cash — obviously moved Walker, who is currently battling throat cancer. So Crowell and several friends and fellow performers crowded the stage to sing another song Walker made famous: 2009 inductee Guy Clark’s “L.A. Freeway.”

Earlier in the night, Clark’s wife, Susanna, was recognized for her contributions as a songwriter, visual artist and muse to her husband, his best friend (and her soul mate), Townes Van Zandt (2012), and countless other artists including Crowell. She actually wrote a hit song before her husband with “I’ll Be Your San Antone Rose”; Kathy Mattea reached No. 1 with Clark and Richard Leigh’s “Come from the Heart.” She co-wrote “The Cape” with her husband, and they penned “Old Friends” with Richard Dobson. Clark, born in Atlanta, Texas, also wrote “Easy From Now On” with Carlene Carter; it opens Emmylou Harris’s album Quarter Moon in a Ten Cent Town, which takes its title from a lyric in the song. As she stepped out to sing it with Matraca Berg, Harris said, “I sure do miss my friend Susanna Clark.” As they were joined by Crowell for “San Antone Rose,” it was clear how much nights like this mean to those given opportunities to honor their friends — especially departed ones.

As Tamara Saviano, who wrote the Guy Clark biography, Without Getting Killed or Caught, and will world-premiere the same-titled documentary, based on Susanna Clark’s diaries, on March 13 at South By Southwest, accepted the award for her friend — the fourth woman to be inducted into this hall of fame — her voice broke a bit. It wasn’t an uncommon reaction.

While Nacogodches native Jim Collins’ name is less well known than some recipients, his songs are very well known to country music fans — and tractor fans. They include Jason Aldean’s “Big Green Tractor” and Kenny Chesney’s “She Thinks My Tractor’s Sexy,” one of several Collins tunes Chesney has recorded. (“Everybody Wants To Go To Heaven” and “The Good Stuff”are others). The night opened with Keifer Thompson of Thompson Square singing the Collins-penned No. 1 hit, “Are You Gonna Kiss Me Or Not” — unfortunately, his wife and duet partner, Shawna, was too sick to join him.

Collins’ hit list also contains tunes sung by Garth Brooks, Trace Adkins and Gretchen Wilson, who had a Grammy-nominated hit with “I Don’t Feel Like Lovin’ You Today,” which Collins co-wrote with Berg, who sang it and presented his award. He thanked co-writers who inspired and pushed him, and the singers who recorded his songs, including Keith Urban, Tim McGraw, George Strait and 2013 inductee — and the night’s emcee — Ronnie Dunn.

Larry Henley, of Arp, Texas, delivered the unmistakable falsetto in the ‘60s novelty song by the Newbeats: “Bread & Butter.” But eventually, he turned his talents toward songwriting, penning No. 1 tunes including Tanya Tucker’s “Lizzie & the Rainman,” Janie Fricke’s “He’s a Heartache (Looking for a Place to Happen)” and Randy Travis’s “Is It Still Over?” But even if he had written none of those songs, his immortality would be cemented by another one, co-written with Jeff Silbar: “Wind Beneath My Wings.” Inspired by a couple of friends he was visiting in Corpus Christi, it is, according to 2018 inductee Liz Rose, “one of those standards everyone dreams of writing.” Of course, the most definitive of over 200 versions is by Bette Midler, sung in the tearjerking film Beaches. At the Paramount, the honors went to Mignon, who won the Texas Heritage Songwriters Association’s Texas Songwriter U. songwriting contest in December. She handled the task beautifully, even earning a standing ovation.

B.J. Thomas received the Royal award in recognition of his contributions to the pop music lexicon. Born in Oklahoma, but raised in Houston, he started his career as a member of the Houston-based band the Triumphs. They had a hit with a cover of Hank Williams’ “I’m So Lonesome I Could Cry,” but Thomas went solo, and took a while to score again. When he finally did, it was with “Hooked on a Feeling.”  Then Burt Bacharach and Hal David tapped him to sing “Raindrops Keep Fallin’ on My Head,” for the film Butch Cassidy & the Sundance Kid. The song won an Oscar for Best Original Song. A few years later, he delivered “(Hey Won’t You Play) Another Somebody Done Somebody Wrong Song” before turning to Christian and country music. (“Two Car Garage” is among his hits); he also sang the theme to the TV show Growing Pains.

Thomas, who said in his video that he was high when he auditioned for Hal David, was the first artist to perform live on the Oscar telecast; he also achieved the rare feat of scoring No. 1 hits in pop, country and gospel.

Acknowledging more artists of other disciplines is a goal, said board member Joe Ables after the show. T-Bone Walker’s induction follows last year’s recognition of ZZ Top guitarist Billy F. Gibbons and pop star Christopher Cross, he noted.
“We’re branching out,” said Ables, who owns songwriter-friendly Austin venue the Saxon Pub. “We’ve got a lot of work to do; there’s a lot of great Texas songwriters in all genres. So I’m pretty sure that there’s enough work for me to be here for another 50 years. I want to honor all these great black bluesmen from way back.”

Added 2009 inductee Michael Martin Murphey, “This is a moment where a new direction is getting started and the organization can get away from just country and be more diverse. You know, everybody that started it was kind of a country fan — Texas country. So now it’s moving on. That’s a big responsibility, though, for a bunch a good ol’ boys that started this thing.” 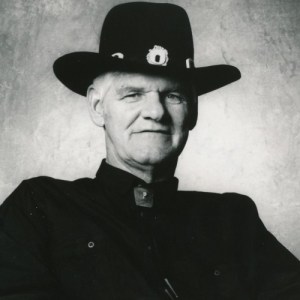