If I’m gonna go down, I wanna go down swingin’, sings Nashville-based singer- songwriter, Thad Cockrell, in his prophetically anthemic track, “Swingin’.” The lead single from Cockrell’s 2020 ATO debut record, If In Case You Feel The Same, holds deeper significance today more than ever—nearly a year after its release. Cockrell has diligently spent the past two decades cutting his teeth in a rather unforgiving industry, both as a solo artist and under the moniker, Leagues. Despite his efforts, the 48-year- old musician recently concluded he had reached a point of diminishing returns and began the new year with an email to his management, including his 2021 resolution—“Look for a new career.”

“I’m as human as anyone,” Cockrell shares with American Songwriter. “I was holding off grief. I had worked on this for so long and so hard and it just came to a point where I couldn’t see things changing for a while and people don’t understand how hard it is to make music. It really isn’t talked about that way.”

By a curious twist of fate, The Tonight Show star, Jimmy Fallon, heard Cockrell’s, “Swingin’,” playing over the speakers in a New York neighborhood hardware store and was instantly captivated.

“I was trying to find a light switch for a lamp at my home,” Fallon shares in an exclusive interview with American Songwriter. “It was my first venture out, and I was the only one there besides the kid working behind the counter. I heard this song playing and thought it might have been an ELO song, or maybe a remake of a George Harrison song. So, I Shazam the song and it’s by a guy named Thad Cockrell. I immediately put it on during my drive home and cranked it and thought, ‘this is great.’”

Upon receiving his “manifesto”, Cockrell’s management informed him of a call they received from The Tonight Show music producer and talent booker, Julie Gurovitsch, offering the disheartened artist a once-in-a-lifetime invitation to perform on The Tonight Show. His earnest live performance of “Swingin’,” accompanied by the show’s distinguished house band, The Roots, swiftly reignited Cockrell’s dream.

Looking back on his own story, Fallon conveyed empathy for Cockrell. “There are parts of your life that no matter what job you have, you feel like it’s over. I mean, I auditioned for Saturday Night Live and I didn’t get it. Afterwards, I went to a coffee shop and remembered feeling…that didn’t go well.” He continues, “I remember those days looking back feeling hungry and getting rejected and it can be a real knock to your confidence. It knocks you to the ground. But you have to ask yourself, ‘can I get up and push a little bit more?’”

“I was the kid growing up that was obsessed with music, listening to music under my pillow,” recalls Cockrell with a laugh. “I’ve always been a song person, not a genre person —I’d listen to everything on the radio dial. If it was good, it just made sense to me.”

Evidenced by his masterful execution in If In Case You Feel The Same, Cockrell has a unique ability to transcend traditional genre lines. While no track sounds like the next, the album is a beautifully curated collection that feels intentional and surprisingly cohesive.

“I told my producer I wasn’t going to pick a lane on this one,” Cockrell explains comparing the album to a “mixtape.” “I couldn’t write ‘Swingin’’ without Arcade Fire and David Bowie. I couldn’t write ‘Higher’ without obsessing over Aretha Franklin or ‘Bridge Over Troubled Water.’”

The record, produced by Tony Berg (Phoebe Bridgers, The Replacements), features musical icons Brittany Howard (Alabama Shakes), The New Respects, Ethan Gruska, and Blake Mills. If In Case You Feel The Same is as dynamic as Cockrell’s story and his weathered voice is filled to the brim with heart throughout.

“When the record was released last June, we couldn’t even get a review,” said Cockrell.

Upon hearing this, Fallon responded, “It makes me feel so lucky that I’m in a position where I can just change things like that. It’s not an overnight thing, however. Thad’s been working so hard, he has a great voice, and he can really play. It’s great when someone gets a swing at the bat in the big leagues and hits a homerun.”

Cockrell’s performance on The Tonight Show garnered enough attention to land Cockrell’s “Swingin’” in the No. 1 slot on the iTunes chart and his story has since become a national sensation that will no doubt inspire artists for years to come.

“It feels good to break a new artist,” Fallon concludes. “I love a success story. I think everyone does. Especially at this time, it just feels good to hear a story with a good ending.”

Cockrell deeply expressed his gratitude towards his management team, Jimmy Fallon, and The Tonight Show, for all they have done for him and looks forward to what the future has in store. He hopes “his songs meet people wherever they are and give them lift. Sometimes it only takes a tiny bit of encouragement to keep you going.”

Watch Cockrell’s live performance of “Swingin’,” featured on his album If In Case You Feel The Same, on the Tonight Show Starring Jimmy Fallon below: 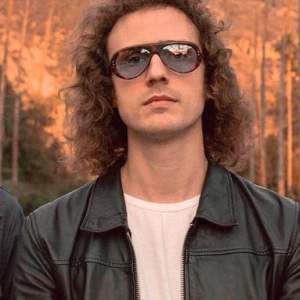 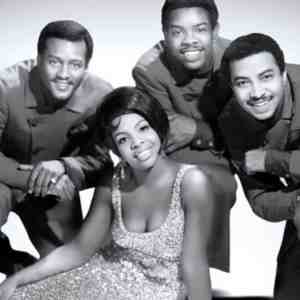