While in some ways he’s known as much today for inspiring the comical dance, “The Carlton,” as he is for his booming singing ability, Jones remains an epic figure of song, entertainment, and charisma.

With a voice that booms like thunder through a cave, the 82-year-old’s career began with a string of top 10 hit songs and to date, he’s sold more than 100 million albums. He even earned a Best Actor Golden Globe nomination. Flash forward a few decades and the silver fox, Jones, earned a resurgence in popularity as a coach on the singing competition show The Voice UK, starting in 2012 (along with his songs appearing on The Fresh Prince of Bel-Air whenever cousin Carlton danced).

Over the course of his life and career, Jones has been a chest-exposed sex symbol, a music icon, and, now, a grandfatherly figure you wish was at your Thanksgiving Day table. But what did he have to say about life and love? His craft? Below, we wanted to dive into just that. So, without further ado, here are Tom Jones’ 22 best quotes.

3. “So when I realized I could sing for a living—do what I loved and be paid for it—I thought, ‘This is unbelievable. Unbelievable!’ And that feeling has never left me.”

5. “Time is my enemy. Time will catch up with me vocally. And I dread that. I dread to think about life without singing.”

6. “I have a weakness for watches. I have to stop myself from buying more.”

8. “I didn’t like to be restricted, because when you’re in a choir, you have a part to sing and you sing it. I always liked singing on my own.”

9. “As for the music business itself, the key things have not changed that much. It operates like any business and money still keeps things moving.”

10. “Music is great; it all depends on what mood you’re in, and what you want to listen to. If it’s party time, you listen to, you know, party music, if you want to dance with somebody. But then again, if it’s a slow dance, you need something slow.”

11. “I’ve always worn jewelry but for a time it went out of fashion. Like grungy and punk bands didn’t wear jewelry because it was stupid.”

12. “When I started recording, I thought I’d be able to do all kinds of records: jazz, country, dance—and I’ve always wanted to do a gospel album.”

14. “I have had some pretty wild nights! I think the media keeps a very close eye on what people are up to these days. I was out with George Clooney a few nights ago and we had a great time.”

15. “I think teenage love is a great thing. There’s nothing quite like it and never will be for the rest of your life.”

16. “There’s plenty for me to do. There are more albums. I’ll record as long as I can and as long as my voice works as well as it does now and for as long as people want to hear me.”

17. “I think it’s good that I had some experience of the real world before I became successful. You know, having to get up in the morning and go to work in construction.”

18. “You can’t be a sexy person unless you have something sexy to offer. With me, it’s my voice: the way that I sing, the way I express myself when I sing.”

20. “I carry Wales around inside me. I’d consider moving back there one day. I never really left.”

21. “I don’t think you can sing about certain things when you’re a teenager or in your early 20s, because you haven’t lived long enough. So I think living gives you character and that comes out in your voice.”

22. “I love listening to new stuff, at home in L.A. I always have the radio on to hear what is happening.” 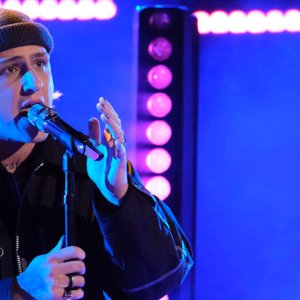