Rihanna is one of the most compelling artists on the planet.

There’s a reason she’s a billionaire.

From her music and makeup to fashion to her family, Rihanna has made an indelible mark around the globe.

But what does the 34-year-old, Barbados-born artist have to say about the globe, itself? The people, the way the world works, how we treat one another? About love and life and her craft and beyond?

Here are the 40 best Rihanna quotes:

1. “I find that when I get on stage now, I don’t want to perform a lot of my songs because they don’t feel like me. So I want to make songs that are timeless.”

3. “When I won the first Grammy, there was no other feeling like that feeling. It just made me feel like I came so far, like that was just a dream a few years before that, and then it was happening right then.”

4. “I used to feel unsafe right in the moment of an accomplishment—I felt the ground fall from under my feet because this could be the end. And even now, while everyone is celebrating, I’m on to the next thing. I don’t want to get lost in this big cushion of success.”

6. “I can’t make a song for a particular person or demographic. If I love it, I’m gonna do it. I have to perform it for the rest of my life. A song is like a tattoo—you can never get away from it.”

8. “When it comes to everybody else’s thing and their lane and their timing, I’m never doing anything intentional to, like, come after somebody. That will always be my biggest mistake or anybody’s biggest mistake if that’s their intention.”

9. “Over the holidays, and even during filming, I realized that I actually like my body, even if it’s not perfect according to the book. I just feel sexy. For the first time, I don’t want to get rid of the curves. I just want to tone it up. My body is comfortable, and it’s not unhealthy, so I’m going to rock with it.”

10. “I think I’m like most people—we fear the unknown and the things that have yet to come to pass, which are the very things that don’t deserve to be feared. When you give God complete control, it’s very hard not to be fearless.”

11. “When I cut my hair, the whole sound changed, my style changed.”

12. “Dancing was always part of my culture growing up in Barbados. When I shot my first video I worked really hard with my choreographer to perfect the routines.”

14. “I never eat salad. I make sure I don’t put a lot of junk into my system, but I hate vegetables!”

15. “I don’t like cream puff, corny guys. Usually, they are the nice guys, the ones that won’t hurt you. They’ll pull out the chair for you and the whole nine yards. Everything is perfect and boring.”

18. “Everybody has their thing they like or don’t like to see. It’s all in your head. That’s why people take their own pictures, because it’s difficult for someone else to capture what you seek.”

19. “I just love working with Eminem. He’s just one of my favorite rappers, and his lyrics—he’s a true poet, and I enjoy that about him.”

21. “I do have a vulnerable side. I think a lot of people have a misperception of me. They only see the tough, defensive, aggressive side. But every woman is vulnerable.”

28. “I got teased my entire school life. What they were picking on I don’t even understand.”

29. “When I was 14 and first started going out, I always wanted to be the opposite of everyone else. So I would go to the club in a polo T-shirt and pants and sneakers and a hat on backward, just so I would not be dressed like other girls.”

30. “The stylish kids on the street, they’re the ones that set the trends. The designers see what they’re doing and go and design their line and sell it back to the same kids, and it’s like, why not go directly to the source?”

31. “I hate going to the gym and doing it the old-fashioned way. I hate anything that’s too straightforward, too routine, too familiar. I get bored really, really quickly.”

32. “I’m turned on by guys who are cultured. That’ll keep me intrigued. They don’t have to have a single degree, but they should speak other languages or know things about other parts of the world or history or certain artists or musicians. I like to be taught. I like to sit on that side of the table.

33. “There’s a long way to fall when you pretend that you’re so far away from the earth, far away from reality, floating in a bubble that’s protected by fame or success. It’s scary, and it’s the thing I fear the most: to be swallowed up by that bubble. It can be poison to you, fame.”

34. “People think, because we’re young, we aren’t complex, but that’s not true. We deal with life and love and broken hearts in the same way a woman a few years older might.”

36. “Oh my God—this is scary and sad all at the same time. I literally dream about buying my own groceries. Swear to God. Because it is something that is real and normal.”

37. “My mother would kill me if I posed nude! My mother raised me with certain standards.”

38. “I always believed that when you follow your heart or your gut, when you really follow the things that feel great to you, you can never lose, because settling is the worst feeling in the world.”

39. “If I cry, it’s because I’m very angry and I can’t do anything about it because I’ve run into a dead end. That’s when the tears would come down.”

40. “When I see myself as an old woman, I just think about being happy. And hopefully, I’ll still be fly.” 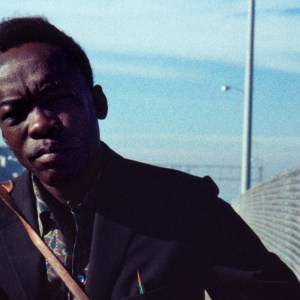 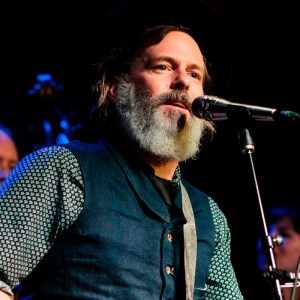