Regardless of what you think of him — and the opinions vary widely — Sufjan Stevens is at his best when he finds himself in the role of a music manipulator. He affirmed that early on when he devoted entire albums to a series of states and the ease with which he’s shifted his stance between lo-fi folk, eerie electronica and semi-psychedelic soundscapes that leave the listener hard-pressed to come up with any definitive description. Then again, that’s what makes for his mystique — that is, the ability to tap into a tenuous template while remaining elusive and alluring all at the same time.

The Ascension, Stevens’ eighth studio album over all, and the follow-up to his highly lauded outing Carrie & Lowell, diminishes the accessibility factor in favor of a more amorphous imprint, one that finds all manner of effects and an ever-constant shift in sounds that drift through practically every selection. There are few, if any, discernible melodies, but tone, texture and tempo still manage to steer the proceedings and keep the listener sufficiently spellbound all at the same time. The softly assured “Video Game” supplies a gentle caress, but the shared denial that’s expressed throughout (“I don’t wanna be your personal Jesus/I don’t wanna live inside of that flame”) negates any real attempt at creating a closer bond. “Landslide” fares somewhat better, and while its obtrusive pace suggests a more aggressive edge, the shimmery sentiment creates an amorphous incongruity. “We step in the light, the rise of the tide,” Stevens intones, opting to elude an otherwise oblique perspective.

Stevens’  intent was presumably to provide some optimism at a time when it’s in short supply. However given the fact that the majority of these selections are of a decidedly cosmic variety, a collision of odd aural effects and unsettling infusions, it’s not so easy to discern the meaning in certain songs without the aid of a lyric sheet, which the elaborate packaging luckily provides.  Nevertheless, there’s plenty of ambiguity found in songs such as “Make Me An Offer I Cannot Refuse,” “Run Away With Me,” “Tell Me You Love Me,” and “Die Happy,” even though their titles would suggest otherwise. Given the percolating pulse and shimmering celestial feel, the arrangements take precedence, and, in turn, allow for an allure that’s consistently intriguing and even, at times, absolutely irresistible,

Ultimately, it’s those ethereal effects that color this album and give it its feel overall. You might  find yourself scratching your head repeatedly, but in the end, you’ll feel like you’ve been strangely seduced. 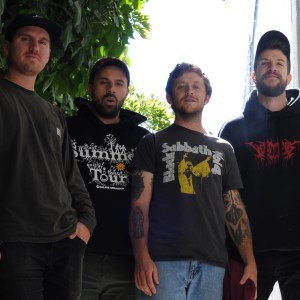 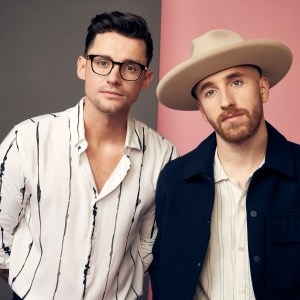