“With a Little Help from My Friends”

“With a Little Help from My Friends” is a jovial anthem of band camaraderie and generally good feelings, but is also one of Ringo Starr’s moments to shine. Paul and John wrote this song specifically with Ringo’s voice in mind. In Many Years from Now, Paul elaborates: “We always liked to do one for him and it had to be not too much like our style… It was a challenge, it was something out of the ordinary for us because we actually had to write in a key for Ringo and you had to be a little tongue-in-cheek.”

The less-melodic, relatively conversational quality of the song is intentional, as John and Paul were sure to keep the tune in Ringo’s vocal range. The call-and-response style works out quite nicely, though. Some lines are serious (“Would you believe in a love at first sight? / Yes, I’m certain that it happens all the time”), and some are more ambiguous and playful (“What do you see when you turn out the light? I can’t tell you, but I know it’s mine.”) All in all, the tone of the song is a lot like the album’s cover. (The Beatles posed for the cover the same day the track was recorded.)

Covers of this song have been just as successful as the original. Joe Cocker’s rowdier rendition spent some time at #1 on the British singles charts. His take on the tune, complete with guitar work by the legendary Jimmy Page, was later picked up as the opening theme song for the hit 80’s TV show The Wonder Years. This is one of many Beatles songs to be covered by countless artists. However, while most covers end up stealing thunder from an original version, covers of Beatles tunes pay homage to the group and reinforce the band’s unparalleled creative appeal. 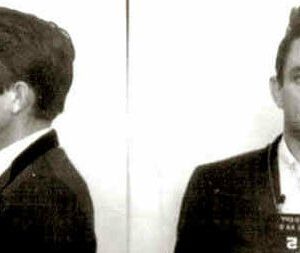