Five-time Grammy Award-winner Victor Wooten is one of the most skilled bass players in music today. But perhaps even more than that, he’s a teacher, one who understands that music is a mystical language.

And when anyone learns a new language, there are steps. Sometimes these are rigid and required, others are personal and unique to an individual. Wooten understands this, that people learn languages in their own ways.

Wooten, who has collaborated with any number of artists from Dave Matthews to Béla Fleck, is an author, too. So, it stands to reason that the man has a lot to say about music, his craft, and the people working in his field of choice.

So, what are those thoughts, exactly? What does the 58-year-old, Idaho-born multi-talented Wooten have to say about life and love, music and art? Let’s dive into the 20 best Victor Wooten quotes.

1. “Never lose the groove in order to find a note.”

3. “You see, most people play louder to get someone’s attention, but getting quieter can stop a bull from charging.”

4. “Musicians do not have to be believed in. We do not have to be trusted. Our Music speaks for itself without the listener having to know anything about us. Music touches people’s emotions in a way that nothing else can. When people find a musician they like, they are usually fans for Life. If they like the musician and his Music, they will open up their hearts to whatever that musician has to say. It matters not what country the musician or the fan comes from. Music is a language that all understand. It goes beyond and breaks down barriers. This makes the musician very powerful, and with power comes responsibility.”

5. “It was made clear to me that Music is related to everything, especially nature and language, but in order to speak it naturally, I had to first make myself a part of it.”

6. “There is only one reason that you ever fail at anything…and that is because you eventually change your mind. That’s it!…anything and everything you have ever decided to do, you have succeeded, or will succeed, at doing.”

8. “It’s time for you to take control of your life and for you to accept that it is you who’s in control.”

9. “When people put you on the pedestal, don’t come off it acting like you’re humble. Because if they put you up there, that shows how high they can see. Stay there and pull them up, and they’ll grow faster.”

10. “A politician is not allowed to get too emotional in public, so what he does is drop subtle hints that, over time, cause the public to get emotional. Once the same emotions are generated by enough people, the politician can use it to steer the public in his desired direction. Fear is an emotion that is often used this way. A smart politician knows that if he can create fear in enough people, those people will give up what they truly want in order to give the politician what he says they need.”

11. “You can only teach yourself. Until we live in a day where I can physically implant knowledge into your head, I can teach you nothing. I can only show you things.”

12. “We think that Music stops at the ears. That is a mistake. Vibrations can be felt in all places and at all times, even with the eyes.”

13. “Truth? What is the truth? Truth is up to you. You make your truth; no one else does. Tell yourself that it takes a long time to learn something, and it probably will. Convincingly put yourself at the end of the path and you will find yourself looking back at the beginning. It is all up to you”

14. “It is understated and underappreciated, yet it plays the most important role. The bass is the link between harmony and rhythm. It is the foundation of a band. It is what all the other instruments stand upon, but it is rarely recognized as that.”

15. “Real? What is real? And tell me, what importance does reality have anyway? Did you learn from the experience? Now, that is important!”

16. “A woman’s strength is different than a man’s. The sacred gifts she carries within can lift the human spirit higher than any man can lift with muscle alone. Women do not only conceive, carry, and deliver life, they can endure emotional and physical pain that would make most men crumble. All people have intuition and instinct, but women actually listen. Because they nurture, they are much closer to their true nature.”

17. “Anyone who can get another person to express himself freely is powerful because he allows all involved to recognize their collective and individual power.”

19. “You do not have to create it; you just have to feel her and become one with her. Then, anything you touch can and will become your instrument.” 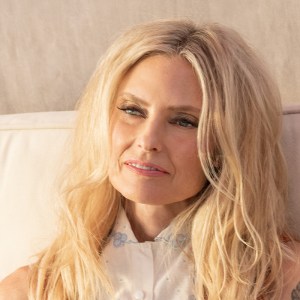 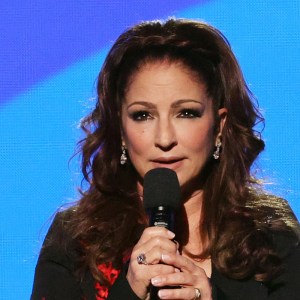