Rory Gallagher is the guitar hero that the masses often seemed to take for granted. A rugged devotee to true blues, his boyish good looks, flannel shirt persona and ever-present smile still illuminates the image that he indelibly inscribed in the annals of British blues. Yet, for most of his 25 plus year career, he remained somewhat distanced from the musical mainstream, overshadowed by the likes of Clapton, Page, Beck and other iconic individuals who were far more aggressive when it came to making their presence known.

Nevertheless, those same individuals consistently pointed to Gallagher as the man they wanted to match, a guitarist who set the standard for both his contemporaries and those that followed in his footsteps. None other than Jimi Hendrix himself, when asked who was the greatest guitar slinger around, pointed to Rory Gallagher as the player he considered the best. Compliments from other notables were equally effusive. And while Gallagher himself never attained the heroic status and fan frenzy many of them achieved, his devotion to duty was never in doubt.

(Yours truly had an opportunity to meet Gallagher backstage at a gig he performed for my college’s music series, and I can attest to the fact that he was as genuine and unpretentious as his image made him out to be. Once onstage, he affirmed the fact he was a true guitar great and worthy of the audience’s adulation.)

While the pointedly titled The Best of Rory Gallagher affirms that fact, it does seem somewhat redundant at this point, at least far as those that followed him over the course of his career. While the individual albums he released during his lifetime — both on his own and at the helm of the lesser-known Irish power trio Taste — are all essential, there’s been no shortage of compilations and rereleases that can educate the masses. Last year’s succinctly inscribed Blues and the more recent Check Shirt Wizard- Live in ’77 each offer ample evidence of his prowess. However completists will already have all these songs in their collection, save a fiery version of “(I Can’t Get No) Satisfaction” recorded with Jerry Lee Lewis, an outtake from the latter’s London sessions. On the other hand, those that intend this only as their initial encounter will find this a fairly reliable career overview, beginning with an all too brief sampling of his early efforts with Taste (“What’s Going On,” “Blister on the Moon,” “Catfish” and “It’s Happened Before, It’ll Happen Again,” all culled from the band’s two seminal studio albums), and onward through to his final individual effort, 1990’s Fresh Evidence. Each offers evidence of Gallagher’s searing sound and his commitment to cause — that is, to perpetuate a style that adhered to blues basics while also incorporating the flash and frenzy so essential to any guitar great.

Notably, the tracks aren’t laid out in chronological order, which can cause this two disc set to seem somewhat confounding at first. However Tim Peacock’s excellent liner notes add context and clarity, making this 30 song sampler an outstanding effort overall, and while one might complain about an occasional omission, the sheer expanse of this album still makes it obvious that something would need to be sacrificed. Still, it’s impossible to hear songs such as “I’m Not Awake Yet,” “Crest of a Wave,” “Tattoo’d Lady,” and “A Million Miles Away” and not be enthralled by Gallagher’s fury and finesse. Dedicated devotees are encouraged to opt for the original albums, but for those who need only an initial introduction, there’s no better way to begin than to simply start here. 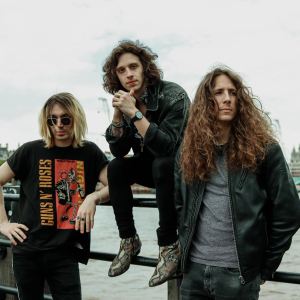 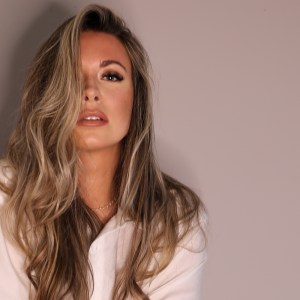