It all started with a story that was circulating on the Internet in the 1990s, the story of a boy trying to buy a special pair of shoes for his dying mother for Christmas. The boy, whose meager savings wasn’t enough to pay for the shoes when he got to the cash register, was rescued by a kindly stranger who chipped the difference to help the lad buy them.

Out of that story grew “The Christmas Shoes,” a song written by Eddie Carswell and Leonard Ahlstrom of the Christian group NewSong. The song became a hit for the band on the country, AC and pop charts, and became a modern Christmas standard that paved the way for books and television movies based on the story. Oddly enough, “The Christmas Shoes” was never a hit at Christian radio.

“When we were working on the song I mentioned it to my friend Donna VanLiere and asked her what she thought of the idea,” Carswell said. “She thought it sounded like a great idea for a book, which she wrote. Then it became a CBS movie of the week. Then Donna wrote another book called The Christmas Blessing that continued the story of the little boy, and CBS did another movie, and we wrote a song called ‘The Christmas Blessing’ that we sang with Rachel Lampa…it’s just been amazing for a lot of people. And it all started with that one song.”

The movies that were born of the song had a Nashville connection as well as a Studio City one, as the first movie starred Kimberly Williams, who would later become Brad Paisley’s wife, and the second one featured country singer Blake Shelton. Carswell said that, because of the continuing publicity surrounding the entire idea year after year, there is no shortage of material for NewSong to sing on this year’s “Very Merry Christmas Tour.”

Leonard Ahlstrom, meanwhile, left NewSong and the Nashville-area music community that he had been active in for some two decades and moved to Chicago, where he is now the worship pastor for a large church. He speaks fondly of the song, especially since he not only co-wrote it but also produced it.

“Eddie and I wrote the first verse and chorus but sat on it for a couple years because nobody really seemed interested in the idea,” he said. “We finally finished it and I produced it myself, never imagining that it would mean so much to so many people, and that it would still be getting airplay years later.” Ahlstrom’s son, Aaron, is lead vocalist for Nashville-based indie pop rockers Eastern Block.

“An old friend of mine called me just today,” Ahlstrom continued, “and said, ‘I just heard your song on the radio and thought I’d give you a call.’ It’s been wonderful that people still hear it, that it still means something to people year after year.”

Carswell said that he’s of the same mindset as Ahlstrom, both thrilled and amazed that a song that nobody had much interest in has become a part of the holidays for so many people. “A lot of concertgoers come out to see us at Christmas because of the song and the entire Christmas Shoes CD, and because so many of them are familiar with everything that happened from it,” Carswell said. “It’s almost become like ‘Jingle Bells’ or something, almost part of that category.”

Add to your Collection
Buy from Amazon 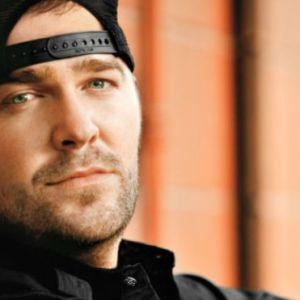 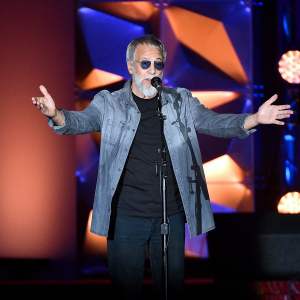