As a composer for film and TV, Joel Goodman has used the music he’s created to accompany over 150 onscreen stories told about captivating prominent figures, like Walt Disney or JFK, and urgent social issues of our time, from racism to the Syrian war. His most recent project is a story that’s still playing out around us, giving The Curve a sense of drama and urgency all its own.

Directed and produced by Oscar-nominated filmmaker Adam Benzine, who produced it in secret over the last six months, The Curve focuses on the US government’s failed response to the global coronavirus pandemic. Relying on expert interviews and news footage, the film digs into the events of the past year.

“I have to connect with a project to score it,” Goodman tells American Songwriter. “This is a story I want people to know about.”

Goodman, like Benzine, wants as many Americans to see the documentary as possible, before heading to the voting booth, so they’re making it available Oct. 27 until the election, on YouTube, without ads and for free. As Benzine told Variety: “With the U.S. death toll nearing 200,000, Americans are understandably furious. They are demanding to know how this could have happened. And using meticulous research, in-depth context, creatively treated archival and expert first-person testimony, we reveal just that.”

The urgency that drives Benzine’s aims can be felt within the first few minutes of the documentary, which were made available online as part of The Curve’s GoFundMe drive. Goodman’s score plays on the build-up of events, as the very beginning of the pandemic unfolded in news reports. “Adam’s direction was very clear,” says Goodman. “This film is a thriller documentary. From me he wanted it to be a thriller first. I liked the approach, as the stakes are really high — this is REAL life and death, not James Bond.”

The pace of the film reflects the swiftness of the project. “I got the film very late in the process and had to turn around the score in weeks, not months,” says Goodman. “So that had the pacing of a thriller.” For the Emmy-winning composer, the experience of living through the pandemic had a different feel. “I can’t say that my own experience of the pandemic was a thriller. It was quite the opposite. Life slowed down to that eerie quiet we hear when something very serious is happening. I think parts of the score capture that off-putting quietness.”

For Goodman, the people working on the project are just as important as the project itself. He worked previously with Benzine on the Oscar-nominated documentary short, Claude Lanzmann: Spectres of the Shoah. “Writing music for a film or tv show is a collaboration so it’s important that you all get along and work together well,” he says. “I worked with Adam and Tiffany Beaudin [editor] on Claude Lanzmann: Spectres of the Shoah and found them both to be inspiring partners, so The Curve was a no brainer.” For Benzine, having Goodman on board was a fortunate part of making the documentary. “Joel is the pre-eminent American composer working in the documentary industry today. At this stage, he can pick and choose his projects,” says Benzine. “The music that he’s turned around, in record time, is by turns moving, thrilling and astonishing.”

Goodman says the appreciation he shares with Benzine for similar music, films, writing and ideas helped him on this project. He also shares with Benzine, the need to want to tell stories that have impact, such as the one that earned him his 4th Emmy nomination this year, titled Q Ball, about a prison basketball team. “I’ve been fortunate to work in many visual mediums – television, narrative film, documentaries and more. Documentaries are real life,” says Goodman. “You need to be empathic in a way that understands the subjects on the screen, considers how the audience will feel, and all the while respecting the story. Empathy and respect in every moment.” 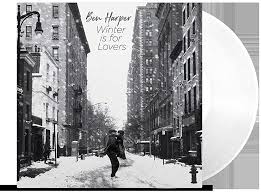 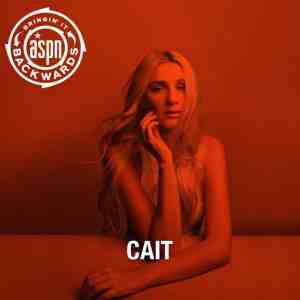