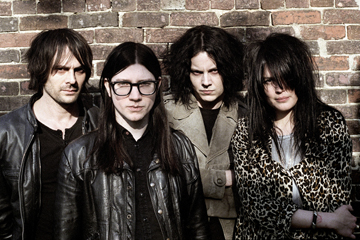 Apparently Jack White is one of those guys who can’t sit still. When he isn’t making records with his full-time band The White Stripes, he’s leading The Raconteurs, a side project he co-fronts with pal Brendan Benson. During that group’s break he’s formed another band, this one with The Kills’ Alison Mosshart on vocals. But unlike his star status in The White Stripes and Raconteurs, White’s role in The Dead Weather is a bit less showy. In fact, his familiar voice can be heard on only a few songs — in the background, no less. And he doesn’t even play guitar (Dean Fertita from The Raconteurs’ touring band takes over those duties). He’s the drummer. And his trippy, thudding work behind the kit suits Horehound’s potent mix of psych-rock and garage-blues. Opener “60 Feet Tall” sounds like it crawled out of a swamp and onto a roadhouse stage still dripping with muck. “Hang You From the Heavens” pushes and pulls Mosshart in so many directions, it isn’t so much frustration as defiance that steers her line “I’m walking away now.” And “New Pony” sheds plenty of fuzzbox fireworks. The Dead Weather can’t quite shake their side-project foundation — the band and album were thrown together in the time it takes most groups to mix one song, and it often sounds like it — but White’s restlessness once again yields some equally superb restless music. 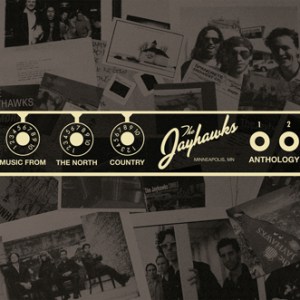