“L.A. Woman,” the title track of the Doors final studio album with singer Jim Morrison, has gathered near-mythical status in Doors lore. Listeners have found all sorts of hidden meaning in the song’s seven-plus minutes, but the group’s keyboardist Ray Manzarek recently said that the album is simply a mash note to their hometown.

“We didn’t approach the album with one vision,” Manzarek told ArtistDirect.com,“But after we started working on the songs, we realized that they’re talking about L.A. They’re about men, women, boys, girls, love, loss, lovers-lost, and lovers-found in Los Angeles.”

The song surveys L.A. mostly from the highway. “Drivin’ down your freeways/Midnight alleys roam/Cops in cars, the topless bars,” Morrison sings. Manzarek recently pictured the song to Spinner like this: “She is moving 70 miles an hour, driving down the coast highway. It’s Allen Ginsburg and Jack Kerouac, hauling ass! Jim, maybe in his GT 500 Mustang, barreling down the 101 freeway to L.A. from San Francisco.”

In A Lifetime of Listening to Five Mean Years, Greil Marcus compares the album to Thomas Pynchon’s Inherent Vice, a detective story set in 1970 L.A. “It has the textures of ordinary life,” Marcus writes, “And, everything about it is slightly off, because the epic is what it’s reaching for, but without giving itself away, without makeup, cool clothes, photo shoots or any of the other trappings of Hollywood glamour.”

To record L.A. Woman, the band gathered in the former antique store on Santa Monica Boulevard that was their office and rehearsal space, known as The Doors Workshop. They enlisted bassist Jerry Sheff and rhythm guitarist Marc Benno, giving more structure to the tunes. The group’s longtime producer Paul Rothschild quit the project, and the band returned to a more straightforward (though often psychedelic) blues sound. According to legend, Morrison spent most of his time in the makeshift studio’s bathroom, recording his vocals with the room’s natural reverb while drinking massive quantities of beer and urinating frequently.

Much debate has centered on the song’s opening line, which Morrison mumbles slightly. Some listeners hear it as: “Did a little downer ’bout an hour ago.” A sheet of paper on which Morrison scribbled the lyrics to “L.A. Woman,” which sold at an auction in 2010, contains the written line, “Just got into town about an hour ago.” Stephen Davis’ biography Life, Death, Legend, seems to confirm though that the second time Morrison sings the verse he sings “downer.” Morrison may have even originally written the line as “downer” but changed it avoid the drug reference, then sang it anyway.

Morrison sets up a parallel vision of the city with “City of Light” and “City of Night,” the first often thought to be a reference to Morrison’s longtime girlfriend Pamela Courson’s move to Paris (the City of Lights), and the latter a literary reference to John Rechy’s book City of Night.

In another controversial interpretation, the song could also be about a woman named Linda Ashcroft (initials “L.A.”) who claims to have carried on an affair with Morrison around the time. Ashcroft wrote a book called Wild Child, which has been discredited by many people close to The Doors who have no memory of her. Morrison biographer Jerry Prochnicky told London’s Telegraph: “She is completely new to me.”

The song’s “Motel Money Murder Madness” has often been thought to refer to the Manson Family murders of Sharon Tate and others, which took place in L.A. in 1969. In Ray Manzarek’s 1985 video for “L.A. Woman” from the film Dance On Fire, part of a 30th anniversary commemorative package, the filmmaker shows newspaper headlines of the Tate murders during the song’s spooky slowed-down break after Morrison’s “murder” line.

After the instrumental break, the song goes into its building “Mr. Mojo Risin” middle section. The line is well known to fans as an anagram for Morrison’s name, a sort of escape alias like Morrison’s hero Arthur Rimbaud, who left poetry behind to become a gun dealer in Africa. As the section builds momentum, Morrison seems to simulate sex, moaning, “Risin’ Risin’.”

The Doors played “L.A. Woman” live in Dallas on December 11, 1970, shortly after recording it. The 16-minute Dallas version was released on the Boot Yer Butt compilation of Doors bootlegs. L.A. Woman was released in April 1971 and the band had plans to tour before Morrison died in Paris in July of that year.

Well, I just got into town about an hour ago
Took a look around, see which way the wind blow
Where the little girls in their Hollywood bungalows

Are you a lucky little lady in
The City of Light?
Or just another lost angel–
City of Night (4)

I see your hair is burnin’
Hills are filled with fire
If they say I never loved you
You know they are a liar
Drivin’ down your freeways
Midnight alleys roam
Cops in cars, the topless bars
Never saw a woman
So alone (4)
Motel Money Murder Madness
Let’s change the mood from glad to sadness

Well, I just got into town about an hour ago
Took a look around, see which way the wind blow
Where the little girls in their Hollywood bungalows

Are you a lucky little lady in
The City of Light?
Or just another lost angel–
City of Night (4)

Written by The Doors 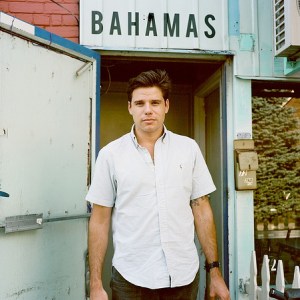 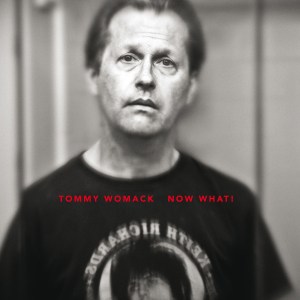