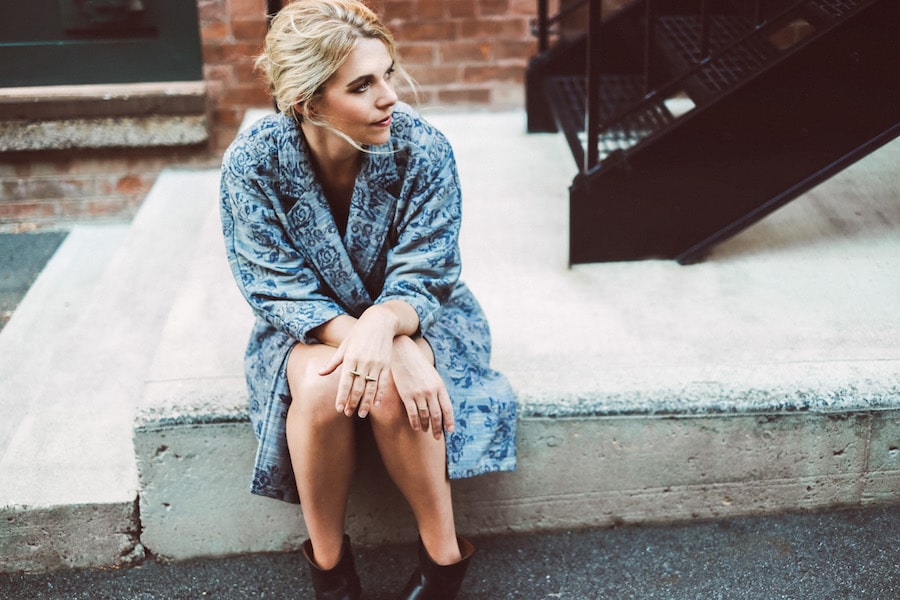 But for Aoife O’Donovan, departure and abandonment is anything but tragic, never an excuse for self-pity. “It’s less about abandonment and more about continuing the journey, about being on this quest and finding your own place,” she says. “A lot of times, as a songwriter, you look into yourself for a lot of dark, sad moments, and that’s where you find your inspiration. On this record I didn’t feel saddened by these things, like my grandfather’s passing. It’s more just a sense of acceptance about life.”

And that’s the most striking aspect of In the Magic Hour: the way in which O’Donovan has created a celebratory album, one full of life and love and compassion and comfort and even joy, out of source material that on paper — inspired by death, populated with loss and leaving — seems anything but.

O’Donovan’s characters are self-assured to the point of sage-wisdom, passing off bleak life observations with a smirk of indifference, a detachment that comes across an awful lot like strength. “Anyone that I might want in this world, they’re asleep in the arms of another girl,” she sings with a winking shrug at one point. “Everyone that I ever loved in my life now calls somebody else their wife,” she sings two lines later.

Reading those words, one might assume they’re delivered in a slow, mournful ballad, perhaps with some pedal steel thrown in for good measure. Instead, O’Donovan’s arrangement, with help from Tucker Martine, is a feisty orchestral swarm that presents its narrator as snarky, assertive and fully in charge of her own solitude. The narrator finds humor and comfort in her plight. As she puts it at one point: “I’m not lucky and I’m not scared.”

“To hear an album like Aoife’s, you’re experiencing that as a fan as well as a proud friend,” says Sara Watkins, O’Donovan’s longtime collaborator. When I call Watkins, who played fiddle and sang on a few songs on In The Magic Hour, she admits that, just the day before, she choked up listening to “Magpie,” a memory-laced tune that contemplates family roadtrips, death and the afterlife.

“Her songwriting is even more developed and much further down the road than on her first record, which was also beautiful,” says Watkins. “It’s an album that’s very personal in a way that tells her story, but like all personal stories, they reach out to the listener and let the listener experience them through their own lips and relate to the songs in their own way.”

O’Donovan first met Watkins 15 years ago at the Philadelphia Folk Festival, back when she was singing with one of her earliest groups, the Boston-based Wayfaring Strangers, and Watkins was performing with Nickel Creek. Since then, O’Donovan has taken on many guises and side-projects, as the lead singer of Crooked Still, as a member of the acoustic trio Sometymes Why, and as an occasional collaborator with artists like Yo-Yo Ma and Chris Thile, to name a few. “It’s really nice to have a lot stuff going on,” says O’Donovan. “You have more to write about.”

But I’m With Her, O’Donovan’s most recent collaboration, may be her most exciting yet. Alongside banjo prodigy Sarah Jarosz, Watkins and O’Donovan released the group’s first single, a delicate interpretation of John Hiatt’s “Crossing Muddy Waters,” in the spring of 2015. The trio turned Hiatt’s song, with its “my baby done me wrong” blues bravado, into a soft-spoken inter-personal tragedy, flipping the attention from the man who’s been abandoned to the wandering woman who left her husband and child behind for reasons unknown. “Crying for her baby child,” they sing in quivering three-part harmony, vocalizing the mother’s own anguish with a devastating intimacy.

“Almost made me cry,” John Hiatt proclaimed when he first heard the group’s version of his song. As for the supergroup’s future, O’Donovan says there’s much more to come from I’m With Her, but for now she’s fully concentrated on her solo career. That sort of clear-headed prioritizing has become a necessity for the singer-songwriter when balancing her many musical projects. “We’re all on the same page,” she says of Watkins and Jarosz. “When we really do it, it’ll be the main project at the time.”

As for her own material, O’Donovan doesn’t care much for huge choruses. On In The Magic Hour, her understated hooks are delivered with nuance and intricacy. Some songs don’t have choruses at all. Instead, nearly all of the songs announce themselves in a different way, with an intangible, perfectly crystallized musical instant, often arriving roughly halfway through the song, where form meets content, style meets substance and narrative story meets studio production. “I’m more interested in a quirky turnaround or an unexpected chorus. That’s more the goal than something that’s like, ‘Here’s. The. Chorus!’” she says.

“Half asleep in a bowl of gruel,” O’Donovan shrieks on album opener “Stanley Park” as her band kicks into high gear; “How the hell’d I get this far without you?” she asks with amazement on “The King Of All Birds” in a tremoring moment of release. Or, there’s the sublime moment toward the end of “Detour Sign” when, with a quiet confidence, the narrator finally takes ownership of her fledgling relationship: “What’s that? What’d you say? You love me anyway?” O’Donovan sings before offering her ultimatum. “That’s not enough, not today.”

With help from Martine, O’Donovan knows how to color these moments with just the right touch — a double tracked vocal here, an unexpected backup singer there, or perhaps just a flurry of strings and noise. And it’s these moments that stay lodged in your head for weeks after listening to In The Magic Hour, a collection of odd, small, private choruses so personal that, after a while, they start to feel a bit like home. 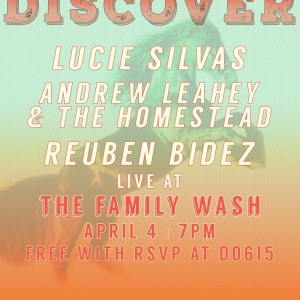 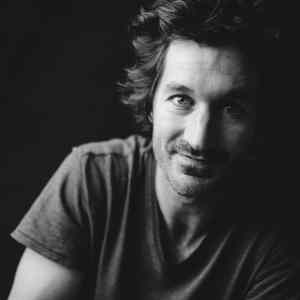