It’s easy to feel hopeless these days, but The Harmed Brothers offer an alternative with “Skyline Over…,” the arresting opening number on the Kentucky indie rockers’ forthcoming LP, Across The Waves.

“Skyline Over…”–premiering today via American Songwriter–shows the five-piece at their most dialed-in and trenchant. What starts out as a dejected Americana number eventually transforms into a passionate rock ‘n roll reckoning that aches with anger, sadness, hope, and determination. Gripping vocals, stormy keys, and clashing cymbals all propel the song forward, with a heady guitar solo coming in around the 1:40 mark. But the last 40 seconds of the song are owned by a vocal performance that just keeps peaking and peaking.

“Skyline Over…” is a song about modern American coping,” says songwriter Alex Salcido of the track. “[It’s] a marriage of bent optimism and bubbling hopelessness in a worrying and confusing world. It’s a song about keeping the faith–whatever kind of faith it may be–even when you can’t.”

Lyrically, the track begins with an image of someone down on their luck: “You bought yourself a little Jesus fish / You put it on your car and you made a wish.” But another lyric, in the chorus, is devastating: “If you could would you spread your wings at least as far as the county sprawls?” The line rings with despair and possibility.

“It’s about playing through the pain in any way you can–be it through God, love, politicians, campaign slogans, mantras, quotes, what have you,” says Salcido of the song’s message. “It was written in such a way that not only could you play through the pain, but dance to it, rock n’ roll to it. It’s about despairing for the weekend, and recognizing that sometimes our love and positivity loses sight of itself in the face of hardship and flat out terror.”

“Skyline Over…” is the first single off The Harmed Brothers’ forthcoming LP, Across The Waves. The album will arrive a decade after the band’s 2010 debut, All The Lies You Wanna Hear. At the time, The Harmed Brothers consisted of Salcido and singer-songwriter Ray Vietti. Now the band is rounded out by guitarist Ben Knight, bassist Matthew McClure, and drummer / percussionist Andrew Aragon. Across The Waves is their fifth LP, following their self-titled 2017 LP.

The band formed in Oregon but is now based in Ludlow, Kentucky. They recorded Across The Waves at a famed studio in neighboring Cincinnati.

“‘Across the Waves’ is The Harmed Brothers doing their best to navigate through a strange and tumultuous time in American history,” says Salcido of the LP. “Written over the winter of 2018 and recorded at Herzog Studios, [the album] takes on death, doom and despair as they are at this moment, all while holding you close and letting you know it’ll all be okay in the end.”

Across the Waves is out June 5 via Fluff and Gravy Records. 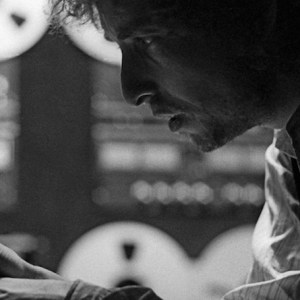 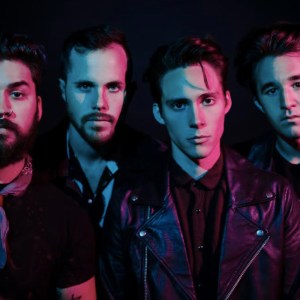