Like so many, Matt Gervais and Charity Rose Thielen have turned to Tiger King during quarantine. The married couple and members of the famed group, The Head and the Heart, have debated Carole Baskin, wondered about the odd private zoo owners and marveled at the entire spectacle. Gervais and Thielen, who live in Seattle, Washington, aka America’s Ground Zero for the Coronavirus, have also taken up cooking more often, playing Scrabble, wood-working, tie-die and making a sweet homemade frothy coffee drink.

“It’s amazing,” says Thielen. “It’s called a Dalgona. You just take instant coffee, hot water and sugar and whip it with a handheld blender. I want to make it for our regular afternoon tea time.”

Resigned and restrained to a single location for days, weeks, months on end, one enjoys the smaller things in life to get through the monotony. While today many artists and entertainers are forced to watch gigs and opportunities fall by the wayside due to the Coronavirus and the limitations on public gatherings, The Head and the Heart have to be at the top of that list. The band released its latest LP, Living Mirage, nearly a year ago and the group looked to capitalize on it in 2020. Alas.

Instead, the band members continue to stay busy on smaller, though no less significant projects, focusing on one day at a time. Recently, Gervais and Thielen performed an at-home acoustic show for American Songwriter Magazine. And in between Tiger King episodes, the duo says they’ve been trying to connect with neighbors, friends and family. It’s remarkable, Thielen notes, the more she notices people having to stay home, the more she sees them living the way artists have, the way she and her husband are so accustomed.

In another way, though, observation is difficult when trying to consider the pandemic from a bird’s eye perspective. As Gervais notes, humanity still doesn’t yet fully understand what it’s in the middle of economically, socially, medically and any other which way one wants to look at the current pandemic. And while the band is lucky enough to have a team of people behind them to help along the way, stress born out of the unknown is still a major factor for all groups, from front person to roadie.

“We’re not even in the eye of the storm yet,” Gervais says. “To encapsulate what we’re going through is going to require much more of a zooming-out than what we’re capable of doing now.”

Still, day after day, Gervais and Thielen, like so many of their colleagues in the world, continue on. They’ve turned their garage into a small home studio. They’ve made pottery. Gervais finished a song that’s troubled him for months. Productivity is paramount for the couple. Well, that and not reading too many of the terrible headlines continuously flooding in.

“I’m wondering how long this is going to last and what our new normal is going to look like,” Thielen says, “what kind of sacrifices will become systematic.”

Gervais admits, too, that sometimes it can feel odd to be swept up in a pandemic when, right outside, everything seems relatively okay. In the waters outside Seattle, seals are playing and fishing. Birds are singing in the trees. The spring sunshine is filling the sky. Not only is so much personally and professionally at stake in the wake of the virus, all of the problems stem from an invisible enemy that humanity has never really encountered before.

“There are definitely times when I think, ‘Is this all real, is this really happening?’” Gervais says. “I know there is plenty of very real evidence and I don’t consider myself a conspiracy theorist at all, but it’s impossible not to wonder, ‘Is this all real?’  I begin to doubt and second-guess everything. It doesn’t help to have the fake news media out there.”

Regardless of how the future will look and what each day might bring, Gervais and Thielen remain positive, focused on making things with their time and staying appreciative of each other. The members could pout and curse, but instead productivity and making the best for the future is on their mind. And while this isn’t necessarily the recourse for others in their same position, it works for Gervais and Thielen in a time when so much that was planned is now slipping through their proverbial fingers.

“Until all this,” says Gervais, “we had a lucky year. We had a good year. It’s funny, it seems so distant now. It seems like a whole other lifetime ago.” 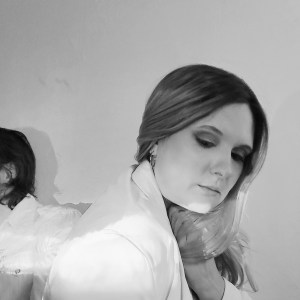 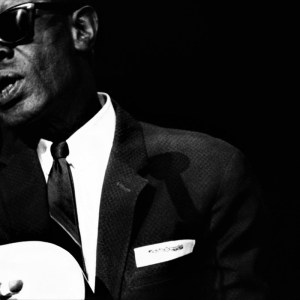