The spring release of Sawyer Fredericks’ fourth LP, Flowers for You, may have come and gone but nevertheless, the anecdotes and glimmers of the singer-songwriter’s life experiences continue to hold relevance – perhaps even gaining more – as 2020 has kept rolling on. Sharing time with fans and songwriters through a Behind the Mic session with American Songwriter, the stories built into Fredericks’ latest music echoes themes and objectives that have repeatedly come up through this year’s time of separation, isolation, reflection, trying to grow, and learning to empathize with others’ circumstances.

“The entire album (Flowers for You) is inspired by personal feelings,” Fredericks says from inside a warmly lit room, to a virtual audience tuning in from around the world.

Given how vast, enthusiastic, and tightly knit Fredericks’ fan base is – largely due to the connective foundation cultivated through Fredericks’ time on U.S. national program, The Voice – this succinct explanation works well as an approachable summary of sorts for listeners new to Fredericks’ work. It easily encompasses the more specific conversations and insights Fredericks would come to share in between playing songs off the new record – starting unsurprisingly with the title track, which cuts right to a very dramatic example of Fredericks’ own personal growth, as well as providing food for thought everyone else can apply to problematic aspects of themselves.

“’Flowers for You’ is kind of (about) anger toward my own shallowness and being swayed by someone’s appearance,” Fredericks explains. “It would change my opinion on someone based on just how they looked and that was something that really bothered me. And this song was also inspired by seeing other people do this and not even like notice it.”

Hearing such a strong opening support to the theme of Flowers for You, it would be understandable to presume the rest of the music would follow a similar self-reflective suit and this is exactly what the folky musician proceeds to offer with his next explanation of “Days Go By.”

“’Days Go By’ is probably one of my few happy, love songs. Or at least partially happy.” he says. “This song is actually very personal. It’s a song that I kind of wrote to my girlfriend.”

Still, while this second track shared from Flowers for You also connects back to Fredericks’ himself, the upstate New York artist does point out a fondness for writing from a place of second person observation, as well as stating how that approach differs from writing about his firsthand memories.

“I would say I most of the time write songs from things happening around me. I kind of create a story drawn from other people’s stories,” says Fredericks. “If I’m writing from someone else’s story or someone else’s perspective, I have to connect myself more to it and feel the emotions in it. And if I’m writing for myself, it’s all there already. I need it to be more real and I need it to convey what’s actually happening in my life.”

From here, the artistic avenues for variation could seem limited but Fredericks’ continues to show his many dimensions of creativity on Flowers for You, through his next song selection “Lies You Tell.”

“(‘Lies You Tell’) was actually going to be on (previous album) A Good Storm. This song is different from the other ones because this one was co-written and this was the first co-writing session I had,” he says.

Not only does Fredericks illuminate the change in approach for this song but he again focuses on reflection and growth accrued through this new experience, by divulging a habit his teenage self needed to turn to when working with others at such a young age.

“I was so nervous going into (the co-write) that the only way I would write was if I asked the other artists and producers to leave the room. (This) didn’t really work for co-writing. I was 16 years old at the time,” he shares. “But I finished (“Lies You Tell”) and I brought it back to them and they liked it. Basically weeks later, the song just kind of got put on the shelf and never finished for the A Good Storm album but I finished it for this one and I’m very excited about it.”

Fittingly, as Fredericks rounds out his time behind the mic, the songwriter’s final performance follows an anecdote about the complications born from breaking out through a medium like national television.

“I got into the music industry at a very young age,” Fredericks says. “I started doing open mics and farmers markets when I was 12 years old and I went onto The Voice when I was 15. And all that stuff was very stressful for me at times and one of the people that shielded me from a lot of it was my mom.”

While his time on competitive television is an integral part of Frederick’s career story, through it all he was his own thinking, feeling, emotionally affected person – always trying to learn and widen his point of view, which felt especially important to him as an evolving artist and working professional.

“(A)s I was getting older, I was realizing I wanted to take more of (the work in the music industry) on. So the song’s kind of letting (my mom) know it’s okay for me to go through these struggles because it’s the only way I’m going to be able to learn.

This and the other experiences written into the songs on Flowers for You might be far removed from the quarantine-centric present of 2020 but it feels apropos that Fredericks’ closing song is about embracing the unknown and trusting oneself enough to get through any challenges that arise along the way because that’s certainly something everyone is having to learn to do right now, regardless of what age they are. 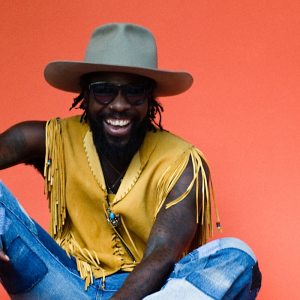 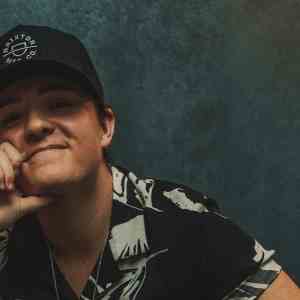