When Richard Young, co-founder of the Kentucky Headhunters, was a boy, not even a teenager, he moved into his very own home. Along with his brother Fred and two cousins, Young lived in an old farmhouse that, at the time, felt like something of a clubhouse. But the boys didn’t waste the opportunity (and their parents weren’t far, living in a house nearby on the same plot). There, the boys played music, laughed, and farmed together. They were planting seeds, both literally and metaphorically, early on that would impact them the rest of their lives, which would later include a Grammy win and touring the globe. But one story in particular sticks out that sums up the origin of Young and his group, which has been going in some shape or another for 53 years, through today, with the release of the band’s newest LP, That’s a Fact Jack!. That story has to do with hard fieldwork.

“When you live on a farm, you work on a farm,” Young says.

Young describes a scene where all the families in the area would descend on one farmer’s farm and help him cut it and store it. Then the group would move on to the next farm. Times were tough and there wasn’t any extra hired help, Young says. So, they’d all cut one farmer’s crop and travel to the next until everyone’s work was completed. It was a region rich with diversity too, Young says, with families of all shades. As such, there were also many different music tastes, from Hank Williams and Elvis to gospel and spiritual.

“It was an eclectic group of people in the fields, singing,” Young remembers. “So, we’d be out there with them and hear some guys try to sing like Jerry Lee Lewis and Elvis, and some other guys trying to sing like Hank Williams. We’d hear great Black spiritual songs. It was overwhelming.”

Everything sunk in. Work became like school. Everyone tried to out-sing each other, Young says (the gospel singers would usually win, he adds). Even today, Young prides education. He says if you don’t listen to the teacher, you won’t get anything good from the experience. So, Young and the boys took in this education and as they got older, they began playing rock and roll in local bars, opening for the acts that were signed to record labels in the area. They weren’t even of drinking age yet, so they’d have to leave as soon as they set was done, watching the rest of the night through the window. Even when folks on the farm were milking the cows, music was in the air, along with a little cigarette smoke.

“My brother and I would sneak to the milk barn,” Young says. “The guys milking cows, they’d smoke these rolled-up cigarettes. We would beg them for a cigarette, and our parents would have killed us if they’d found out. But in the barn, they always had the radio on. You know, cows give more milk when you play the radio.”

For Young and the fellas, the country music of folks like Merle Haggard was well and good, but they found themselves falling in love with the Blues and the British rock and roll that came over the Atlantic that was influenced by the Blues. Bands like Led Zeppelin, the Beatles, the Stones along with Muddy Waters and Howlin’ Wolf. They’d tune into an FM radio station blasting all the way from Chicago, which made it to their father’s big old Kentucky radio.

Today, the Kentucky Headhunters still live on that same farm and play in that same farmhouse. They call it the Practice House and it’s where much of the music from their new LP, That’s a Fact Jack, was made. The band’s new album, which is their first in five years, is the result of free time to experiment again after the COVID-19 lockdown forced them to postpone dozens of dates.

“After we learned our [tour] dates were moving,” Young says, “we said, let’s go to the Practice House. Everyone was working on these little acoustic demo cassettes at home, so we said, let’s get all these ideas together and hash them out.”

Each member in the group brought ideas and, together, they dove in and built them up from the ground. The work also came at a time when Young and his brother lost their parents. It was a sad moment for them, missing the people who’d encouraged them, taught them about hard work, and served hamburgers and mac and cheese after prior recording sessions. In a way, everything felt new, which is why the members approached the session in a fresh way.

“During our time off from COVID,” Young says, “I think we set back and learned and had a broad overview of what the past 50 years had been. We could see clearly the moves we made that were right and the moves that we made that weren’t right. So, we said, ‘Okay, we’re just going to do whatever everybody wants to. We’re not going to go into this saying it’s going to be a blues album or a southern rock album. We’re going to mix it up and all sing on it.’”

Young calls it a “family gathering.” He also says it’s probably the first time the group felt entirely, one hundred percent like a “BAND, all capital letters.” Young says everyone picked out a song from their own personal demos and everyone sings on the record. During the writing process for That’s a Fact Jack, their 12-track album, there was no thought of so-and-so doesn’t fit; instead, the intention was to make everything strong, build it up. No discrimination, just perspiration.

“All of a sudden, it gave everybody in the band a freedom,” Young says.

The Kentucky Headhunters won a Grammy Award for Best Country Performance in 1990 for the group’s record Pickin’ on Nashville. That album changed everyone’s lives. All of a sudden, the members went from playing to 60 people at a bar to 60,000 at Farm Aid with Elton John and Ringo Starr, or 20,000 opening for Hank Williams Jr. But this success might have broken them if it hadn’t had been for those early years, cutting tobacco with farmers singing, playing and listening to music in the Practice House or getting that warm burger from mom afterward. For Young, to live each day to its fullest is the goal. To treat people well and learn is, too. He’s something of a mystic in this way, to be sure. For him, it’s all about living well with others.

“Listening to what other people have to say about the songs they like,” Young says, “and their dislikes, too. You have to listen to people. It’s just like going to school. If you don’t pay attention to the teacher, you’re not going to get any good out of it.”

He adds, “People are the same everywhere worldwide. We all want the same thing, to be happy and to see our families be happy.” 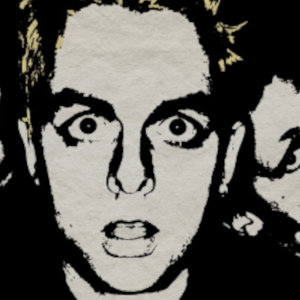 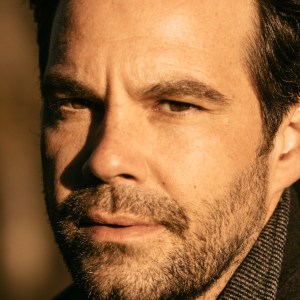