The origin story for Zach Williams’ new solo LP, Dirty Camaro, is both heartbreaking and triumphant. It’s the story of inspiration through potential tragedy. And it’s the story of looking at life and saying: I’m going to shape my own future.

As you will read below, Dirty Camaro was written when Williams, who is also a member of the popular band The Lone Bellow, was walking sidewalks, trying to process his feelings of confusion and grief after his wife endured a bad accident.

But through this pondering, melodies were born, lyrics took shape. At the same time, Williams’ wife began to mend—practically, miraculously, despite what doctors had prognosticated. Now there are better days, though not always without their downsides, which you will also see below.

Here, we caught up with Williams to talk about his entry to music, how the new album came to be, and how his time in New York City has shaped his songwriting perspective.

American Songwriter: When did you first find music and why did you decide to invest your own energy and time in it?

Zach Williams: I grew up listening to gospel music—like, strictly gospel—until I was 16 and could listen to whatever I wanted to in the car, which was The Allman Brothers and Aretha Franklin. I didn’t start writing songs until I was living in a hospital. I was 23 years old and my wife had broken her neck. At the time she wasn’t supposed to be able to move from her neck down ever again. After visiting hours, I found comfort in wandering down the street from the hospital at night where I’d go down to this open mic and sing. That’s where I started to feel again. That’s where the shock lost its hold on me. I’ve found live music and songwriting to be a very safe and beautiful place ever since.

AS: Can you talk about how your wife’s accident influenced your path?

ZW: I made a promise with my pals that if she ever moved again I was going to get up to New York City and try my hand. Even though it passes everyone’s understanding, she got better. So my friends and I moved to the city and I started handing my little burnt CDs out to bar managers around 3 pm every Thursday and Friday. Then about 6 months later, I started playing shows at those same haunts.

AS: What role do you feel New York City and Brooklyn played in forming your songwriting sensibilities?

ZW: There is something about playing to a crowd that’s seen a lot. The places I would play were filled with people pursuing their own dreams—people that probably left very comfortable lives to live in shoe boxes. And that energy was it. If I couldn’t turn an audience’s world upside down then I would go home and work harder. It helped me find a better voice, a better song, and it gave me an understanding of what a night on fire really felt like at a show.

AS: As an artist, why did you decide to go solo with your debut record out today?

ZW: If I didn’t make it I’d lose my mind. At first, I was just going to make a record with just me and my guitar cause I wanted to put the songs down so badly. Instead, I teamed up with Robert Ellis and we made something much bigger than myself and grander than what I could have ever imagined on my own. It felt like I was a spoke in a wheel, which is my favorite place to be.

AS: What was the genesis of the new album, what was on your mind when you went into its production? And what was it like working with Robert Ellis?

ZW: It started with the first song on the album. I had this song I would sing sometimes without any instruments at little solo shows. It was a song I wrote on an airplane one night and it didn’t have a chorus and I didn’t think it needed one. And that one little melody opened the door to the rest. Robert heard that one and built a sonic universe around it. I knew then that I was in for something special. Robert and I have been good buddies on the road for years and having this opportunity to see him do what he loves at this level was a real honor. Not to mention his partner in crime, Josh Block. Josh brought so much joy and precision to the work. I felt like I was witness to two savants in their prime.

AS: What was it like working with Lena Hedley (from Game of Thrones) and Marc Menchaca (from Ozark) on the new music video? How did that come together?

ZW: Marc and I have been like brothers since the day we met in NYC. He’s probably attended every single little show I’ve ever had in that city, going back 15 years. He’s a wild wide-open-hearted man with a big hug and a very slow story-telling mind. He has always inspired me. And he’s in love, him and Lena are like that song “Like two sparrows in a hurricane.” Watching them with each other is a beautiful thing. Obviously, I couldn’t believe it when they agreed to write, produce and star in this video.

What Lena came up with was so wild and glorious, especially watching them make it. It was the longest day of creative hard work I had ever witnessed. We filmed it at my good buddy Will Guidara’s and Christina Tosi’s barn. There was so much joy and hospitality happening around the scenes being shot that I can feel it all when I watch it.

AS: Thinking on it today, what are you most proud of, musically or otherwise?

ZW: Today is a hard day. I’m sitting here in my hero’s front yard getting ready to say goodbye. Today I’m most proud of my family. I’m thankful for music. 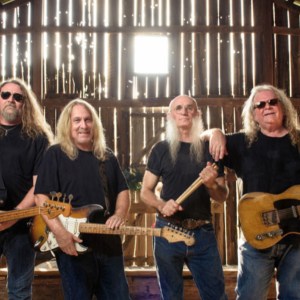 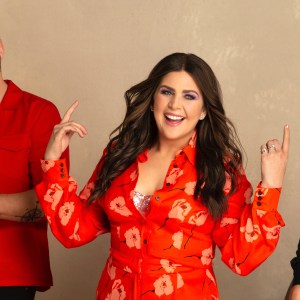