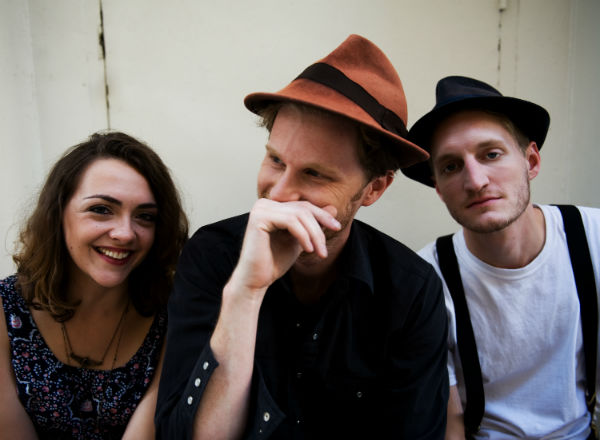 The story of how I first heard The Lumineers comes with some embarrassment.

As a new Nashvillian-by-way-of-Manhattan, I have a magnetic draw towards anything southern. Thus I’m slightly ashamed to admit I’d started watching a show called Hart of Dixie back in December, which involves an actress named Rachel Bilson running around a fictional Alabama town in short shorts. Nothing particularly engaging, but on one episode a song I didn’t recognize played as soundtrack to a pivotal scene. I was floored: booming rounds of “ho! hey!” echoing off my walls tempered by sweet, catchy, string-laced verses. I immediately began a frantic search that culminated in the unearthing of a three-piece band living in Colorado with a grassroots following. I listened to the song on loop and wrote their name down in my notebook: The Lumineers. Watch them, I thought.

But nothing could have quite prepared me – or them, for that matter – for the meteoric rise that would happen next. Sure, it’s nothing new for a band to shoot from relative obscurity to the Billboard charts with a crafty pop hit – but for an acoustic folk act on an independent label, it’s nearly unheard of.

“There hasn’t been a lot of time to reflect on all of it,” says Wesley Schultz, the band’s singer and guitarist, who is on a break back in Denver after an exhaustive touring schedule that included dates with Old Crow Medicine Show, an appearance at Bonnaroo and numerous sold-out headlining spots. “Whether you like it or not, a lot of people look for validation. So this is a certain type of that. It’s good, if you’re lucky enough to experience it.”

That validation has included cracking #13 on the Billboard charts (and the #1 Heatseeker Spot) and selling over 200,000 copies of their debut self-titled LP, which came out in April. The band’s reps are predicting it will hit gold by the end of the year. And although the Lumineers went from playing rooms of 100 to selling out venues that fit thousands, they’ve actually been playing together for seven years. Scultz had moved to Brooklyn from New Jersey, seeking Manhattan’s legendary stages and mystical bohemian life. And then, reality hit. Hard.

“The cost of living is so high,” Schultz says. “I became so disenchanted – there’s this myth that New York is the place to be to express and build yourself as an artist. And it may be for some people. But it wasn’t for me.” As he sings on “Dead Sea,” “New York, it lied to me, I needed the truth.”

So Schultz and now bandmate Jeremiah Fraites chose to move to Denver, where they found their third member, the classically trained Neyla Pekarek, on Craigslist. Mostly chosen for the ease and cost of living, Colorado ended up providing so much more: a chance to make music.

“The impact was more far-reaching than I thought,” he says. “I had more time to work on my craft, to write music every day, to record and eventually tour. What I gleaned from it is that the most important thing you can do as an artist is to find yourself in a place where you can do art. A lot.”

The three began recording music in Schutlz and Fraites’ apartment, moving the furniture out of the living room and back before their housemates would return home each day. Though the break-through single, “Ho Hey,” was actually born in Brooklyn, as a kiss-off to disinterested concert-goers. “That song was an effort to get under people’s skin at shows in Brooklyn, where everyone is pretty indifferent,” Schultz says. “And I figured if we could punctuate it with shouts we might get someone’s attention.” But the real trick is the substance behind those shouts. There’s something about the song that rattles the bones, managing to combine elements of campfire, stomping marching band, lullaby and primal plucks.

This sense of folk tradition backed by a youthful force is what guides the other ten tracks on the record, one of which (the haunting raw ballad “Slow It Down”) was even recorded in one take in that same living room, and made it onto the record despite the label’s initial reluctance. You can hear birds chirping through the open window.

When writing, Schultz usually starts with melody and describes his process as “musical hangman. You have a melody, and then you create these spaces to fill with words and lyrics.” As for the loose, natural sound – that’s something the band intends on preserving, even as they get the ability to trade makeshift studios for professional ones. “A lot of bands end up falling in love with all the resources and forgetting that it’s about capturing a certain vibe or something that happens in the moment,” he says.

And though they are working on new material, don’t expect a new album anytime soon. It took nearly four years to write the first one, and things have to be organic.

Besides, as Schultz says, “the best things never are planned.” 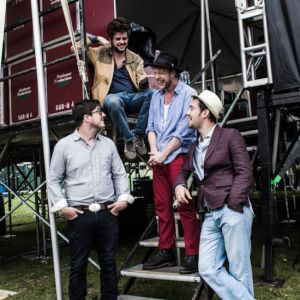 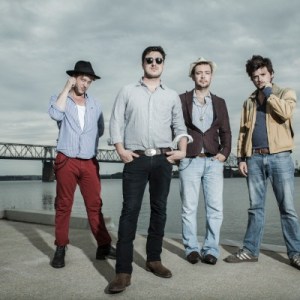