Sometimes it’s the unplanned moments that can change the course of a life, a globe, or a song. Whether considering the onset of a pandemic or letting yourself discover new notes in real-time, letting go to let something unknown in can be as important a skill as knowing the pentatonic scale. It can also be earth-shattering. For the Colorado-based band, the Lumineers, that was certainly the case with the creation of their newest LP, BRIGHTSIDE, which is set for release on Friday (January 14).

The new record began in the studio with songs unfinished, which was a new approach for the band, which formed in Denver in 2005. But the fresh approach, the openness to the faith that the songs would soon feel complete aided their production. It’s odd how this works. How something different can lead to renewed satisfaction. Yet, it’s often the topsy-turvy recipe to sonic transcendence.

“I remember we got to meet Rick Rubin,” Lumineers frontman, Wesley Schultz, tells American Songwriter. “He talked to us backstage early on for about an hour. We talked about transcendence in music. That’s all he really knows. He doesn’t know genre, he just knows when he hears something that does it. Transcendence—it’s this idea that you can play it for anyone and they’ll see it and understand it and you mean it.”

Schultz says that something he realized early in his career was that he wanted to be able to play the songs he and the band wrote with conviction, whether they’re playing the music for people at an old folks home or in a kindergarten classroom—people from all walks of life. But here’s the rub: it’s impossible to engineer music specifically for this transcendent purpose.

“There are bands that seem to make music in order to create an anthem,” Schultz says. “It feels more like they’re writing commercials and jingles than writing music.”

For Schultz, he imagines the band as something of a hybrid between Billy Joel and Feist. (He would often hear Billy Joel playing on his dad’s radio growing up.) When he thinks about writing his songs, he aims for timeless melodies and chord progressions but he also doesn’t shy away from the human imperfections that come with songwriting and performing. Like a movie director who keeps a scene in the final film where the lead sneezes by accident or an extra walks by at the precise wrong-but-right time, Schultz keeps in human errors that pop. They are, as the painter Bob Ross might say, happy accidents. They make the music feel more real and that’s what the swaths of audiences cling to as they sing every word to songs like “Ophelia” or “Ho Hey.”

“I’ve always been obsessed with lyrics,” Schultz says, “to see them connecting to it means a lot.”

While it’s impossible to just sit down and craft a ubiquitously resonant song, Schultz and fellow Lumineers member and songwriting partner Jeremiah Fraites seem to have a knack for it. On the Lumineers’ new album, BRIGHTSIDE, the songs were born from a simple but no less worthwhile idea. The two friends and artists were trying to find purpose amidst a trying time. The band’s third album, III, had done well, and like many musicians, the group was out on tour—their best tour to date, says Schultz—when the pandemic hit in March 2020. The result was a feeling of general uselessness. For a group that had written songs to be useful for all walks of life, there was now a sense of dejection. That’s when they looked inward.

“Just to write something to feel purpose,” Schultz said of the process of making the new LP. “And pick ourselves up off the mat, so to speak.”

Part of what helped the band resume its spirits was the aura or mood around the studio at which they chose to record the new batch of songs. The Lumineers recorded the music in a studio in the Catskills, in Boiceville, New York. It’s a place the duo had become familiar with over the years after choosing it over a previous studio in Colorado where the engineer attempted to rip them off, Schultz says. Now, it’s home. Driving to the place from his own cabin nearby, Schultz thinks about the history of the region, which has included Bob Dylan, Janis Joplin, Jimi Hendrix, and many more living and working in the mountains.

“If you believe in it,” Schultz says, “there’s a lot of energy out there. Until you’re there, you might think it’s silly. Then you’re out there and there’s something strange about the place. That injected a lot of life in the record.”

Even the windy backroads were thought-provoking. On one of the roads, which Schultz drove regularly, Dylan crashed his motorcycle (leading to a big shift in his music). Music history and its creators’ memories were thick in the air. Going into the recording sessions, Schultz says he and Fraites had about seven song sketches. Leaving the sessions, they had nine complete songs. Prior to this occasion, the two would have built up the entire collection before entering the studio. This time, they let fate take more control. In this way, it was like being a wide-eyed kid again.

“For us, it was our best work,” Schultz says. “Our best time in the studio. It’s really gratifying to walk in and have some level of trust in ourselves and in the group as far as instinct goes. But for us, it was like being a kid again. But being a kid with some level of skill with what you’re doing but also just being in awe of the whole experience.”

Schultz and Fraites also challenged themselves to improvise certain decisions in real-time. On one song, they changed the drum idea on the fly, which caused Schultz to write a new guitar lead with an instrument he wouldn’t normally use at the moment. But it turned out better than they’d planned, he says.

The band is going to have to continue to embrace this sense of unknown at least a little bit longer, too. These days, Schultz says he feels optimistic but at the same time unnerved by the fact that neither he nor anyone seems to know the right path forward for live music or for living peacefully in society. Schultz observes that we all want this to end, all want some sense of closure, but there is no agreement on that going forward.

“For bands,” he says, “We rely on people coming together to play music to.”

The Lumineers are set for a world tour, which, as the Omicron variant permeates society, causes each country or even each U.S. state to require different protocols. Not easy for a band poised to play to thousands each night with a new album in tow. Yet, Schultz and company carry on with optimism. It’s baked into their music, into their way of thinking. The next song is right around the corner. The next applause or special moment with a fan. It’s a general sense of faith combined with a clear sense of knowing you can’t predict what’s ahead.

“Music brings people together, in quite a literal sense,” Schultz says. “Whether I’m a teenager, when I was one, and I felt really alone, or now in a pandemic and I’m an adult with kids and feel something like it—music can turn that around.” 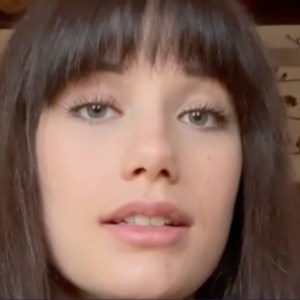 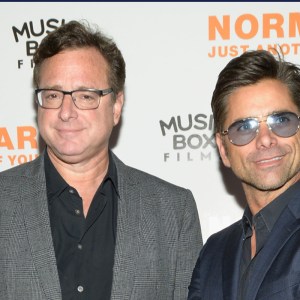