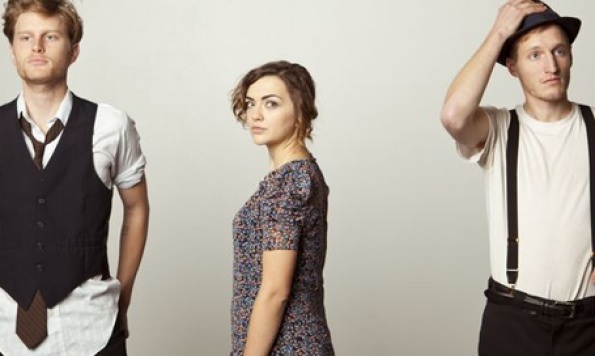 My conversation with Wesley Schultz, the lead singer of The Lumineers, began with some peculiar discussion of upside down banana unpeeling, hypothetical children’s names, and Bourbon allergies; yet it didn’t deter Schultz from revealing all the nuances of the up-and-comer’s songwriting secrets. After all, I told him we would start with the irrelevant questions.

The Lumineers are a three-piece “folk” band hailing from Denver, Colorado. Their self-titled debut was released earlier this month via Dualtone and has already made a dent on the Billboard Charts. Schultz and I chatted recently to discuss everything from lemon drop shots to the best gas stations.

Immediately, Schultz was amicable and candid, insisting on commending the band’s surrounding team rather than himself and his obvious talent when I probed him about what he thought made the album such an instant success on the charts. And when I reminded him that the album had recently landed at #43, he responded with a genuine sense of unassuming nonchalance.

“It’s really arbitrary to any of us, especially to Jer [Jeremiah Fraites guitar, vocals] and Neyla [Pekarek-cello, mandolin, piano, vocals] and I…because we’ve never really had an album out in this way…I’m really thrilled, but I also take it with a grain of salt.” Schultz didn’t shy away from acknowledging the people amongst the band who have made it possible for a lot of the success to happen when he says that “it’s more of a culmination of a huge team of people—20 people maybe—our management, our lawyer, Dualtone records, our publicist, the list goes on—and all these people that work really hard on our behalf to get our name out there and to expose the music…I think basically, I feel really lucky because I know how fickle the business, the industry is.”

Hearing Schultz speak on behalf of his band mates and team, it was noticeable that there has been a vast effort behind the scenes to promote and expose the band. 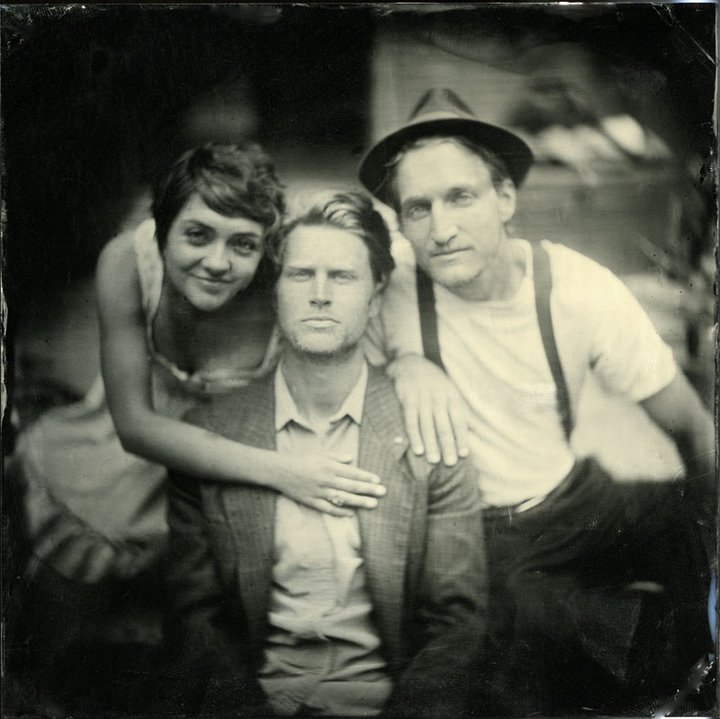 The album, according to Schultz, was written over three years—with some songs coming out fully written in about three months, and others presenting more songwriting and recording challenges. When we took a moment to talk in more detail about the songwriting process, Schultz was able to communicate some of the finer nuances of a process that many fans find mysterious, and many artists struggle to describe:

“It’s never the same thing with each song. Generally speaking it involves a piano, a guitar, and maybe singing, and we usually start out with the chord structure, a set of chords, a melody especially, and then the lyrics usually follow.  Or it’s one phrase that you really find great and then you build the song around that.” He then went on to explain how some of the band’s finest songwriting moments were somewhat accidental—occurring while Jeremiah was plunking around on the piano, only to have Schultz overhear something incendiary from upstairs.

As the band developed, Schultz and Jeremiah lived overseas for a time (Jeremiah in London, Wes in China).

“All we did was exchange songs back and forth, and that made me a lot stronger because I relied a lot on him for sets of chords.” With thousands of miles between them, the two would send songs to each other and collaborate, developing their songwriting and fine tuning their skills. 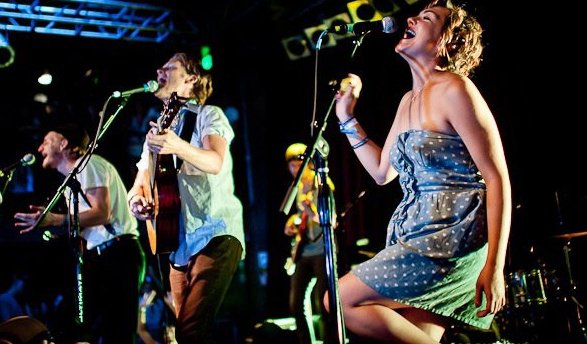 We talked at length about the writing of “Dead Sea,”  which was written during crunch time right before the album was recorded. The chorus of the song, which came from something Schultz’s girlfriend said to him once, was first; after listening and talking with Schultz, it’s easy to tell that the song was built around that aching, scratching hook that opens the song.

“That song is a classic example where I had the bulk of the song written on the guitar, and then he [Jeremiah] added that minor chord… and that made the song worth listening to.  I think before that it was a nice song… it wasn’t anything maybe worth recording.”  “Dead Sea” came together in about three months, whereas “Morning Song” took the group three years to write—probably about a thousand times longer than most of us have spent writing our own name. And in terms of recording, “Ho Hey” was more challenging, but “really easy to write.”

“I really like ‘The Dead Sea,’ because it really reminds me of Motown… I’m partial to that, and I like the songs that are sort of underused, the sleepers, the underdogs; I really like playing ‘Morning Song,’ but it changes often…usually your more recent songs [are the ones] you’re more excited about,” said Schultz.

I’ve rarely talked with a musician who was able to articulate so clearly what it means to be a songwriter.  Schultz spoke with ease about what it looks like, what it feels like, and how inexplicable the end result can be, how unexpected moments of listening and playing an instrument aimlessly can lead to full fledged songs. He had a way with words that allowed an outsider to truly look in and unpack the enigma of powerful songwriting.

The band, who will play at The Basement in Nashville on Friday, April 27, is in the midst of a several month tour across the United States.  They’ve sold out a handful of their shows already, and have even had to change venues due to ticket demand at least once—and it’s probably fair to assume that the next time around, they’ll be booking venues much bigger than The Basement. Anyone who has spent some time at multiple concerts of the same band knows that shows vary from city to city, night to night, and song to song.

When we chatted about their live performances, it was easy to tell that the band is thrilled to be playing these shows, and that different songs come to life in various ways.

“It’s really fun to play ‘Stubborn Love’,” Schultz said, and described how he wanted the song to sound like you were in a church when people heard it.  He went on to tell me a heartwarming anecdote about a time they played “Stubborn Love” for a group of students at a school in the Bronx –allowing the students to be a true ‘litmus test’ for the music.

As a listener, it’s easy to try to put a band into a genre or compare them to their predecessors, but Schultz spoke of some of the folks he’d love to have musical babies with, and it’s easy to understand why when he said Tom Petty, David Byrne, or Leonard Cohen.

After getting a chance to explore deep inside the heart and soul of The Lumineers’ songwriting, Schultz and I switched to a more casual conversation, unleashing the inane tidbits of information people often want to know—questions about English muffins, van activities, and, of course, what kind of drink you should order him after a show.  So, we played a little game I like to call Rapid Fire.  Interestingly enough, this game isn’t quite as rapid as you might think.

I think “Eleanor Rigby” is the most impressive, but karaoke wise, it’s “Why Don’t We Do It In The Road.”

AS: Best after show drink?

Not whiskey. And not lemon drops [inside joke, guys]… I like Budweiser, or Stella.

AS: Weirdest place you ever wrote a song?

Walking my dog in the woods.

Sleeping, it’s too hard to explain this game we play (that, it turns out, isn’t actually all that complicated; furthermore, it should be noted that they have to listen to music, and they’ve been listening to lots of things, including, but not limited to: Nathaniel Rateliff, Ezra Furman & The Harpoons, Paleo, and Kid Cudi.)

AS: Best band you’ve heard in the past three weeks?

WS: I would say, to be fair, Y La Bamba. We toured with them on the West Coast; they’re based out of Portland.

AS: Anything else you want to add?

WS: We just got vinyl…

And just like that, after much thanks and some muffled goodbyes, we were off. Be sure to stop and see these guys somewhere on their tour, and bring cash to buy Wes a lemon drop shot and a vinyl for yourself. 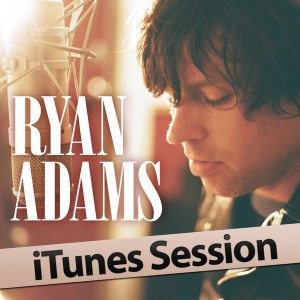 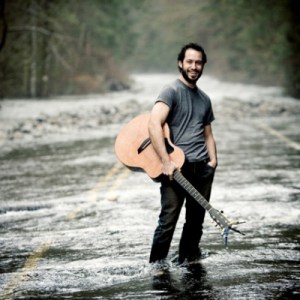