I’m obsessed with looking under the hood of great songs to figure out what makes them hum. If we listen closely, some feature cool rhythm patterns in the melody, others defy the norms of form, while other songs showcase unique chord progressions. But, what kind of voodoo pulses through the veins of one-chord songs?

Let me unravel some of the mystery—there’s even a playlist of songs to get you in the mood. So, start spinning, it’s time to get this one-chord party started!

One-chord songs groove and move. Almost all are mid to up-tempo. It’s near impossible to pull off a one-chord ballad. Why? Because without the support of multiple chords, the writer must pay more attention to the rhythmic groove elements in the melody and instrumental track. Faster tempos create more energy and engage the listener to move their body, or at least, bob their head.

Riffs are essential to one-chord tunes. A riff is a repeated melodic motif on one or more instruments in the track. Riffs create the grand illusion of chord changes without actually making any. Take a listen to Bob Marley’s “Get Up, Stand Up.” The rhythm guitar plays one chord throughout, while the bass and second electric guitar play a slinky riff against it. This produces enough forward movement that the listener doesn’t notice the lack of chord changes.

So, how do one-chord songs foster tension and release without chord changes? Just as these types of songs need rhythm and tempo to pick up some of the slack, your choice of melody notes becomes a crucial device, too. Notice how songwriter Don Covay pulls this off in the classic Aretha tune.

Listen to Aretha sing the chorus lyric to “Chain Of Fools:”

Her voice stretches the third “chain” out longer, starting the note a half step below before slowly bending up to its eventual conclusion. This slow bending action creates tension in the song even though the chords never change. The melody rubs against the chord and then is resolved.

Blake Shelton’s “Neon Light,” written by Mark Irwin, Josh Keare, and Andrew Dorff, is another great example of tension and release in a single chord song. Blake holds out the note on the word “light” and bends up to the note from a lower pitch creating beautiful tension, and then, release.

At the end of the tunnel

Both songs use the same technique in the beginning of their respective choruses. This is a great device for creating contrast between verses and choruses in one-chord songs.

Throughout literary history, great novelists master the story arc. An arc is the trajectory of the story from where it begins to where it ends, representing a journey. The story takes us on an emotional ride with ups and downs, contrasts between moments or sections, and offers up a theme or motif that threads itself through the story. With both intense and calm moments, a great story has both tension and relief of tension.

A great song has an arc, too. If an entire song holds the same intensity level, the listener would likely get bored or turned off. That’s why songs have louder parts, softer parts, higher notes, lower notes, and even, silence. One of the top ways to create section contrast in a song is through the use of chord progressions. However, in one-chord songs, we don’t have the luxury of chord progressions, right? So, other elements in the song take on heightened importance to set up contrast.

A vocalist sings short phrases and long phrases, legato melodies and fast-paced melodies, longer line lengths, and shorter line lengths. A melody wants to take us on a journey. All of these non-chordal elements are enough to do the job when deftly positioned.

Check out Pink’s hit “Get This Party Started.” The verse melody consists of all short note durations. All the lines are ten to twelve syllables fired off in rapid succession.

Get this party started on a Saturday night
Everybody’s waitin’ for me to arrive
Sendin’ out the message to all of my friends
We’ll be lookin’ flashy in my Mercedes Benz
I got lotsa style, got my gold diamond rings
I can go for miles if you know what I mean

Next, the downbeat of the chorus begins with a long held-out note on the word “I’m.”

Pink stretches that first word over a bar and a beat each time it comes around. The listener knows the chorus has arrived because it clearly contrasts from the verse.

Tempo, energy, riffs, motif, tension, relief, song arc—these are time-proven techniques that many one chord songs share. I encourage you to take your own deep dive into the one-chord song. Listen first, then try your hand at writing a few. Rather than limiting your creative process, writing a one-chord song might just level-up your writing in surprising new ways.

Until next time, write on!

Clay Mills is a six-time No.1 hitmaker and multi-Grammy nominated songwriter/producer. His songs have been recorded by major artists in country, pop, rock, dance, bluegrass, and gospel. His voice and songs have found their way into national ad campaigns and movie soundtracks.  He co-founded SongTown, the world’s leading songwriter education site, with fellow hit writer Marty Dodson. Clay is as passionate about teaching songwriting as he is about writing himself. Visit SongTown.com for 10 free videos! 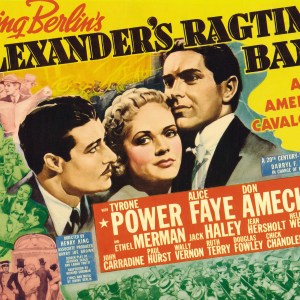 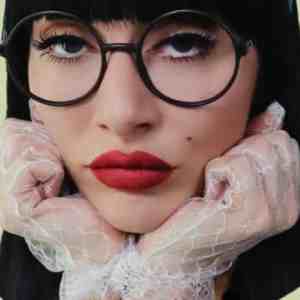