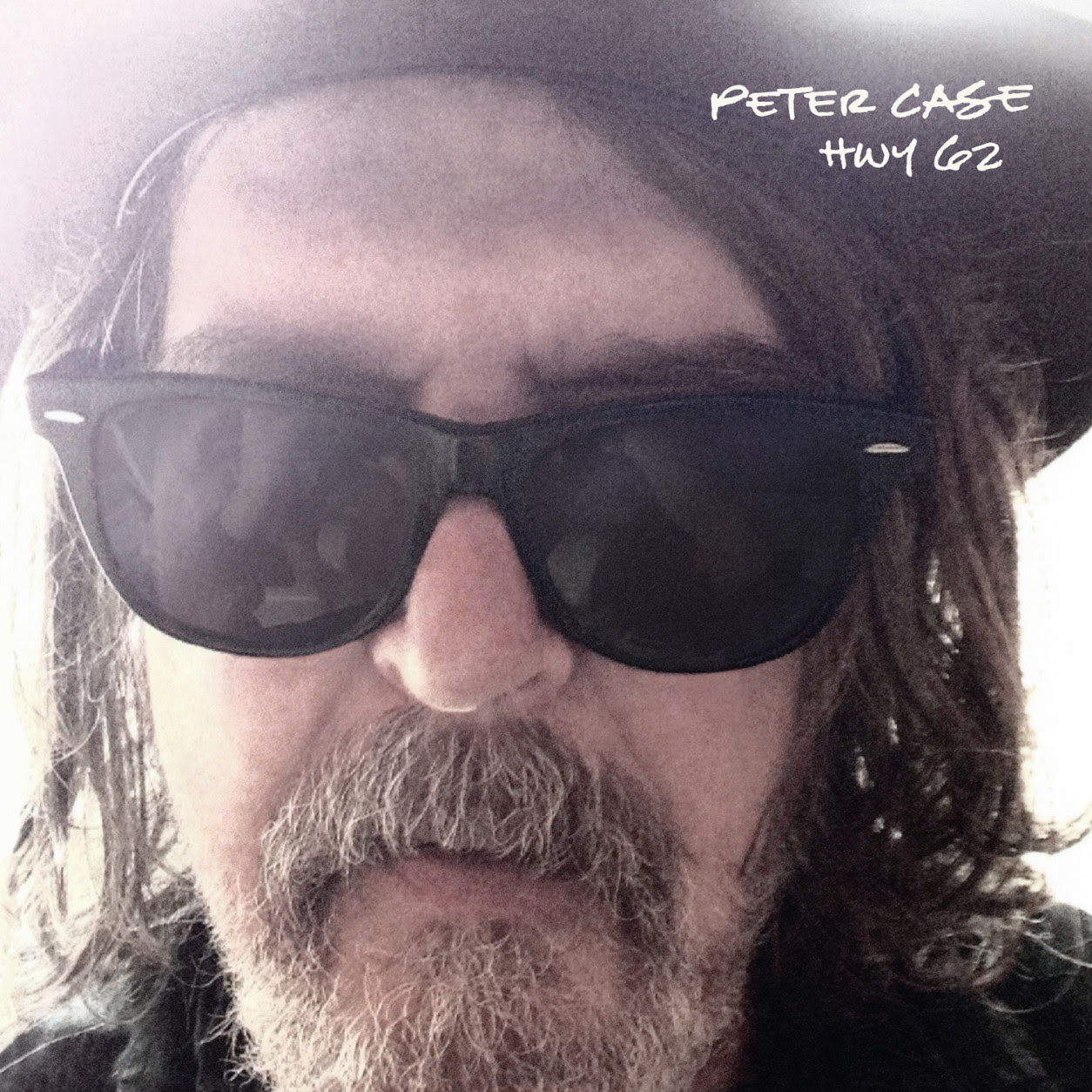 An absolute joy from start to finish. A beautifully conceived, executed and lovingly crafted chain of songs from Peter Case, a guy who has been crafting great songs for decades now, from early classics like “A Million Miles Away” (with his band The Plimsouls) through much solo greatness such as “Put Down The Gun,” “Beyond The Blues” and so many others.

Here’s he’s back with a new bunch of compelling story-songs, all etched poignantly with richly-detailed lyrics about these lives we live, and how quickly they pass. Delicately produced by Case with Sheldon Gomberg, it’s all anchored on the songwriter’s bright 12-string acoustic and visceral vocals, an ideal setting for songs both haunting and celebratory, and one which never overwhelms the organic directness of the delivery.

Listening to it several times, I was reminded of Dylan’s recent comments about the late Leonard Cohen, and how people focused only on the beauty of Leonard’s lyrics, while never touching on the greatness of his melodies. But as all songwriters know well, a song without a melody can’t be sung, and one without a strong melody is weak. The songs that endure, that continue to resonate with magic in our lives long past the season of their creation, balance both elements: words and music.

This truth is at the heart of Hwy 62, and applies also to Case’s whole songbook. Like Bob and Leonard, he’s a brilliant wordsmith who is gifted at spinning authentic stories in song. But he’s also a serious and sophisticated melodist. For proof of this, listen no further than “The Long Good Time,” which is perhaps the brightest jewel among all these gems. It’s as good as Americana narrative songwriting gets, a beautifully etched little movie about growing up in America, opening on the vividly familial picture of his mother “doing the ironing, listening to Nat King Cole,” before poignantly proceeding  through stages of his own life. It’s a great lyric which revolves around the title, and the sad but hopeful promise it offers. But it’s Case’s beautiful melody, especially on the chorus, a tune of great ascending momentum, that makes this song soar.

From “The Long Good Time”  by Peter Case

(I’ll admit that, so intrigued was I by certain details of the songs that I emailed its author for some clarification. In the second verse there’s a mention of his band playing in the basement and making people crazy with their music, when his mom comes down the stairs to request that “song about suicide.” Was it “Suicide Is Painless,” that odd Johnny Mandel hit from M.A.S.H.?  No. The song, he informed me, was “Yer Blues,” by John Lennon and The Beatles.)

Rich melodicism reigns throughout the whole album, echoing the great range of songs Case has absorbed over his days, from blues, folk, rock and country but also American pop standards. Although clothed in the resonant textures of acoustic guitars, these melodies are, to quote Case, beyond the blues. “Waiting On A Plane,” for example, is beautifully tuneful, slyly quoting from the old melody of “Making Whoopee.” It’s both funny and poignant, as are most of these songs, rich with wistful acceptance of the world going by.

“All Dressed Up (For Trial)” is a funny celebration of a guy’s giddiness at getting dressed up for trial, with attendant hope things might go his way. “Bluebells” is another beautifully detailed narrative about being alive when so many no longer are, and reflecting on the world that goes on regardless. Set against a mostly spoken verse, punctuated by fluid bass playing by David Carpenter, the chorus is another sumptuously tuneful one, tenderly building and ascending to the wistfully hopeful closing image: “… through the meadow where they dug his grave/ through the rippling fields where the bluebells wave …”

It’s one of those records one keeps reaching for, as its charms are many. I kept finding myself thinking, while enjoying these beautifully written songs, that it just doesn’t have to be this good. Nobody insists Peter, or any other modern troubadour, bring it to this level. The world is mostly busy celebrating other phenomenons, while some consider serious songwriting to be an arcane relic of a bygone era. But this album, and all that Case has crafted and discovered over the years, keeps hope alive that great songwriting will always matter. 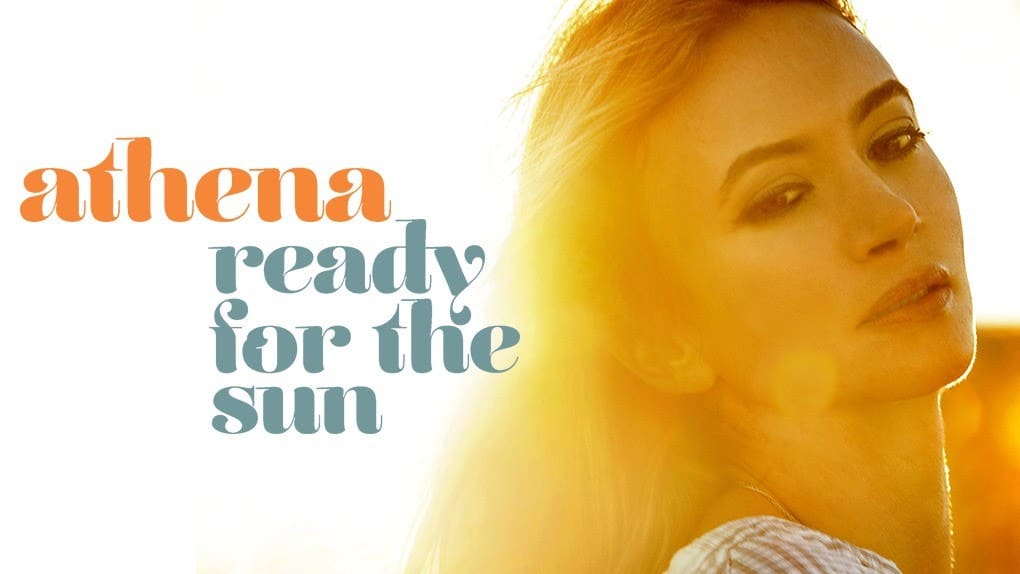 Athena
Ready For The Sun

Not only was she already known as Leonard Cohen’s favorite living Greek singer, her poetic circle was completed when she sang on his final album, You Want It Darker (on which she provides a rich chorus of vocals on the Greek-flavored “Travelin’ Light,” produced by Leonard’s son Adam Cohen.) But she’s more than a gifted and expressive singer, she’s also a serious songwriter.

As with Peter Case’s new album, all these songs shine precisely because of their ripe, richly developed melodies. As Dylan said about Leonard’s songs, without great melodies, the brilliance of his words would never have been delivered with such grace and power. It’s a truth that applies to every song here. In a world where we often hear songs sadly devoid of developed melodies – the kinds of melodies that have allowed songs to soar for generations – along comes Athena with songs such as “Where Wildflowers Grow,” co-written with Alex Vargas, that has the kind of ripe, voluptuous melody, perfectly anchored on the natural splendor of the title, which defines a standard. Also beautifully melodic with classic song structure building up to a soaring and delightful chorus is “Everything To Me,” written with Geoff Martyn and Alistair Ingle. “Stronger,” written with Ethan Allen, resounds like a soul standard.

She even brings us a beautifully elegiac take on John Lennon’s “Imagine.” Produced with understated soul with Ethan Allen, Ready for the Sun shines with authentic light, and the love of great song. 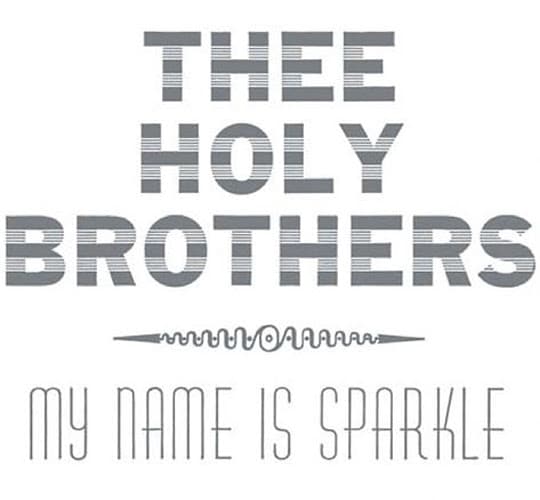 Thee Holy Brothers are, not unlike the Travelin’ Wilburys, a hip band built on great songwriting and close harmony singing. They are two, both adventurous and exceptional musicians on their own, and when teamed up even more incendiary. This is a chain of songs created by two musicians who are in love with music, and that love is infectious. The production throughout reflects this genuine ardor for the medium itself and its possibilities to deliver songs in a whole host of ways.

Known here as Johnny B. Holy and Buddy Holy, they are known in real life as Willie Aron and Marvin Etzioni, respectively. As both are great multi-instrumentalists who have been in the trenches for decades making unique and expressive music, their album is a pure delight. They’re both great singers, and their harmonic blend is the heart of this thing, one of those lucky dynamics in which the timbre of both voices fuses into a sound both visceral and calming.

Nowhere is that more evident than on the final song, “Keep Crushing Me,” which they sing in perfect harmony, almost a capella, supported only by one sparse guitar played by Marvin, and, according to the credits, “patience and guidance” by Willie.

But for me, it all comes to “If God Let Go.” Ever since I was a kid, I’d get obsessed with a song, and listen only to it, over and over, for days, if not weeks. A truly great song and record, as all music lovers know, holds up to this intense repetition. So as soon as I heard “If God Let Go” the first time, I was both hooked and haunted by this remarkable song. Like many great songs, it doesn’t provide an answer as much as a big question, and one designed to lead each listener towards his own answer.  It’s a beautifully written and elegant lyric, and wed to a melody that McCartney might have written back in the day when he was writing miracle melodies. It’s that kind of tune, both simple and somewhat holy sounding, appropriate for a song about God.

But as delightful and sturdy as the writing of this song is, it’s matched ideally by the production, which is loving and lush, and unapologetically Beatles-esque. It starts sparse, voice and gut-string guitar, then delicate piano and deep bass clarinet. All elegant and spare, with a sacred church-like vibe – these brothers are holy, after all – before it all opens up, like that iconic door in the Wizard of Oz, from black and white to color. The singer is asking questions a child might ask, and which adults cease to ask early on, with both the playfulness and wonder intact, and it’s there the door opens, on the final word of “What would be happen to be the big yellow … Sun..”

And on `sun’ suddenly the drums kick in, and on that word a big vocal chord that sounds directly delivered from Abbey Road (both the album and the studio), kicked off by a very Ringo-like drum fill. Think of the sound of the lads on “Because” [which has nine vocal parts] and that is the effect here, and beautifully sung. It crystallizes their love of both great songwriting and great production, both of which blossomed in tandem during the reign of The Beatles. It’s both lavish and ideally restrained, and so poignantly tied to the conceit of this song, which, though never overstated, implies that without God holding the world together, everything would dissolve instantly into chaos.  It’s an understanding that gratitude, rather than other common responses, might be more suited to modern times.

It all kicks off with the greatly worshipful rock and roll “Elvis In Jerusalem,” a horn-powered celebration of that place where rock and religion merge. This is serious songwriting and record-making, but not without a healthy amount of holy humor, such as the wisdom that “it’s better to be alone with a woman and talk about God than to be alone with God and talk about a woman.” That kind of insight into the dynamics of attaining holiness in an unholy world, wired as we are, sings through all these songs with grace, sweetness and power. “I believe in divine love,” they sing. Indeed. 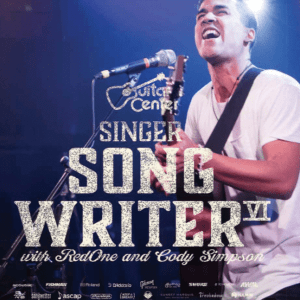 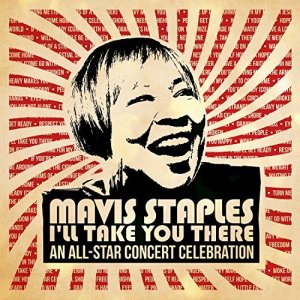