Singer-songwriter Rebecca Blasband, known for her stint on Season 1 of MTV’s early reality show The Real World: New York, is premiering the video for her song “Here” at American Songwriter on March 8—and this is also the first time she’s publicly telling the absolutely astonishing story behind Here, the album from which the single is taken. It all began in 1987, when Blasband and three friends were using a Ouija board in their New York University dorm room one night—and met the spirit of John Lennon.

REBECCA BLASBAND: He was very funny, very intelligent. The energy in the room was unbelievable. We kept talking, and soon we had about twenty or thirty students coming into our dorm room because it was clear that this was something remarkable and none of us knew what to believe. We weren’t stupid kids. None of us were particularly religious or indoctrinated into any New Age philosophy. It just kind of happened.

Blasband says that she and her friends kept talking to this spirit almost every night for several weeks. After he told her when to go to a specific nightclub if she wanted to meet his son, Julian—and it worked—she was convinced she really was interacting with John Lennon.

RB: I realized, through the whole process of talking to John, that I could hear his answers before it would come out on the [Ouija] board. So for example, if somebody would ask him a question, I would hear his response in my mind. Telepathy… It was so clear. And I said, ‘This is important somehow. I don’t know what we could ever do with it, but I just want you to know what I think.’ And he agreed.

By 1991, Blasband had begun a music career, working with future Fountains of Wayne member Adam Schlesinger in a duo called Enfants Terrible. A demo tape they made helped her land a role on the first season of MTV reality show The Real World, which premiered in 1992.

RB: One night I went home to my flat and I felt like somebody was there… My roommate was away. I sat down to write songs…and I felt it again: ‘There’s somebody here.’ That shiver up your spine. There’s a presence. And I thought, ]Oh my God, somebody is here, but they’re not in a physical body.’ And it was like he was just coming at me, going, ‘I’m here, I’m here, I’m here.’ I said, ‘Who is it?’ And he said, ‘It’s John…’ It was such a strange moment because I didn’t have my friends around to validate it. There was no kooky Ouija board…it was the two of us.

He said, ‘I have a proposition. I have some things I want to get off my chest, and you could learn some things about songwriting. What if we did an exchange? We can write together, or try it, and it would be a collaboration…’ It was kind of an extension of that last conversation we had had. This is such a great connection. And so weird and wild.

I said, ‘Why me?’ That’s the big question. Why not try to contact David Bowie? Or family members? It was just, why me? And he said, ‘Because we come from the same place. Because you can hear me. And because you don’t know much about me—you don’t have all these projections.’ I wasn’t starstruck. He was just John. He said he liked my songwriting ability and he liked where I was coming from, and he said, ‘Your thoughts are funny.’ He could tell things that I was thinking, and he said, ‘You remind me of me sometimes.’

So I said to him, ‘I really am still learning chords. I can’t do these incredible Beatles-like progressions.’ I was insecure, and I revealed that to him. But he said, ‘We’re not writing Beatles songs. You can write a great song with two chords if you have something to say. That’s what we’re going to do.’

So I was like, ‘All right, let’s do it.’ So he moved into my field. Now this had happened before when we were experimenting back in the dorm. I had asked him, ‘Can you share my body?’ He had done that, and it’s like you’re two people in one car seat driving a car. You’re still you but there’s somebody right there, and you’re sharing a mind. It’s amazing. And that’s really what happens when two people collaborate on anything. It’s just, we don’t see it that way because we’re looking at the physical. We’re looking at that guy sitting over there with his guitar and I’m over here and we’re both playing, but…it’s what the minds are doing and how they’re interacting creatively that create a song. Anything in collaboration is mind play.

RB: He said, ‘Pick up your guitar—we’re going to start with an A minor, that’s going to be the root.’ I said, ‘All right.’ It was so exciting. I was just out of my mind excited. And he said, ‘Now just barre that and move it up the neck.’ So we went to a D minor. And he was showing me things up on the neck that I didn’t know, so I was learning new chord formations and structures. And he came up with a very simple progression. It was kind of a bluesy minor chord and very simple, but very solid and together… [Then] he said, ‘All right, pick up a piece of paper and a pen and let’s write the lyrics…’ When I was done, I looked at it and it looked kind of like a haiku poem. It was very short but very beautiful. And then he said, ‘All right, we’re done.’

So I said, ‘Let’s see if this works.’ So I played the lyrics with the progression and I just burst into tears. I just said, ‘It’s so beautiful, I don’t even know what to say right now.’ And the song was called ‘Long Distance Love Affair,” and it’s actually the last song on [my Here] album.

For the next nine years, Blasband says, Lennon periodically appeared and wrote with her. In the midst of this, Blasband also wrote material entirely on her own, which would appear on her 1997 debut solo album, Rapt. Three years later, she says she finished her work with Lennon.

RB: So ‘Here,’ the song, was the last song we wrote, in 2000. And what John and I had realized as we got to know each other [was that] I of course was getting older, so it went from kid and mentor to friends… When we finished it, he paid me—finally—one huge compliment, and it meant so much to me. He said, ‘Don’t let anyone tell you you’re not an artist, kid.’

Blasband waited 17 years to record the album that would become Here, however. She lived in Los Angeles and England, working in the film industry and as a healer.

RB: I had to reach a point of maturity where I would feel like I could really tell it well and I could talk about it…and not be afraid of the white elephant in the room and go, ‘This is a remarkable thing.’ And honestly, I needed time to wrap my head around it. I didn’t feel I was in a position that I wanted to be to record the album. I just felt like the songs were a little bit beyond me at the time. I know that sounds weird, but I really wanted to do it justice.

Then when I came back to California, I thought about recording another album. And that night, fighter jets flew over the roof. This was as Trump had been elected about a year. And I thought, ‘This is really bad—we’re going into something very difficult now.’ It was like four in the morning, and I thought, ‘Time to make the album.’ It just came forward like, ‘This is it. This is the window—it just has to happen now.’

Blasband released Here in 2018—but shortly after, her father passed away, forcing her to curtail promoting it. She relocated to New Mexico and regrouped. Then MTV called and asked her to return to The Real World (the premiere episode aired on March 4).

RB: And I thought, “Okay, it’s time to put this album out for real. Time to make a video. Time to make a big push. Time to get the story out.” And what better time? The world is in chaos. It needs it.

The new season of The Real World, premiered March 4th on the new streaming platform, Paramount+. 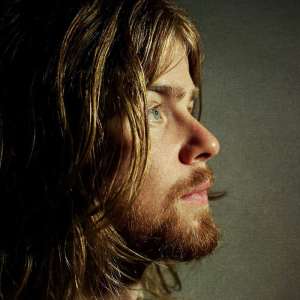 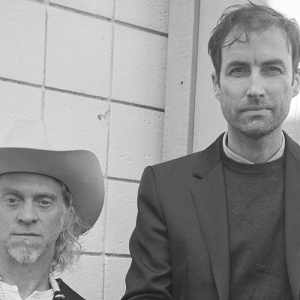