The Replacements
Dead Man’s Pop
(Rhino)
Rating: 4.5 out of 5 stars

This expansion and revision of The Replacements’ 1988 swan song Don’t Tell a Soul (1990’s All Shook Down didn’t include the entire band and is now considered more of a Paul Westerberg led contract fulfilling project) is so radical that the name of the album has even been changed for this revamped reissue.

The backstory to this release is extensive enough to comprise eleven pages of detailed notes penned by both Replacements’ biographer Bob Mehr and the album’s producer Matt Wallace, included in this elaborate four CD/1 LP reissue. To summarize, the sessions started in Woodstock with producer Tony Berg before that relationship disintegrated. Wallace picked it up and completed the album in LA but it was sent to veteran Chris Lord-Alge to mix. Those results were intended to create a slicker, more radio friendly approach that ultimately ended up frustrating the band and most of its fans. A chance discovery a few years back of the Woodstock Bearsville studio tapes, along with the initial Wallace mix which was truer to the band’s original vision are the highlights of this long overdue re-evaluation of The Replacements’ most contentious, misunderstood and arguably least appreciated recording. The final re-titled result makes Don’t Tell a Soul feel more like the timeless set it was meant to be, before the final mix altered, many claim prostituted, the sessions’ darker, more organic sound.

Disc one and the vinyl record reproduces that new/old mix — with a rejiggered band preferred track order too — and the results are as revelatory as you would hope. The overall effect is a cleaner, less cluttered, more natural recording that breathes. Westerberg’s intimate closing ballad “Rock and Roll Ghost,” the retro slow dance vibe of “They’re Blind,” and his twangy “Achin’ to Be” feel less compressed. Stonesy puncher “Back to Back,” indie rocker “We’ll Inherit the Earth” and riffy “Anywhere’s Better than Here” take on a fresh presence while “hit” single “I’ll Be You” jumps out with greater clarity.

The second disc, subtitled We Know The Night:Rare and Unreleased, collects 20 outtakes, demos, alternate mixes, and the early Bearsville tracks (some already released), integral to the making of Don’t Tell a Soul. Five drunken performances recorded with Tom Waits are at best forgettable if momentarily interesting. But it’s fascinating to hear early versions of “Darlin’ One,” “Talent Show” and the legendary “Portland.” A lively cover of Slade’s “Gudbuy T’Jane” shows the foursome’s previously hidden glam roots.

The final two platters reproduce the entire June 2, 1989 show from the University of Wisconsin-Milwaukee. The 20 song, 100 minute concert covers a lot of Replacements territory as they charge through covers like The Only Ones’ “Another Girl, Another Planet,” Johnny Thunders’ “Born to Lose” and the Disney nugget “Cruella De Ville” along with a smattering of older tracks and plenty from the then-new Don’t Tell a Soul. As enthusiasts know, they could be the best and worst group you’ve heard, all in the same gig. Nevertheless, they seem to be on their better (ie:not stumbling around drunk) behavior for this gig. It’s still pretty sloppy, choppy, and erratic but most fans would argue that’s part of their charm. Westerberg is in generally good spirits leading the guys through a surprisingly cohesive representation of their catalog, even if some tunes seem rushed and/or tossed off. They close by charging through a frantic take on Kiss’ “Black Diamond” as if it was one of their own compositions.

This deluxe — and pricey — box is a fitting bookend to a wild, roller coaster career for the Replacements, an act that has rightfully taken on a sort of iconic status in the punk/pop field after its demise. The band’s best, worst and WTF moments are on display — along with a lot in the middle — but there is little doubt that The Replacements deserve their place in American rock music history. 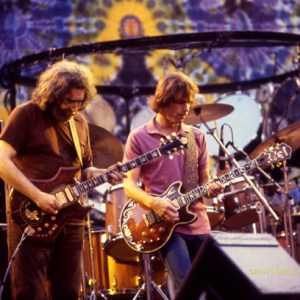 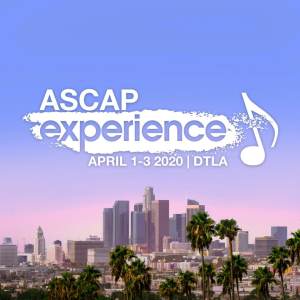