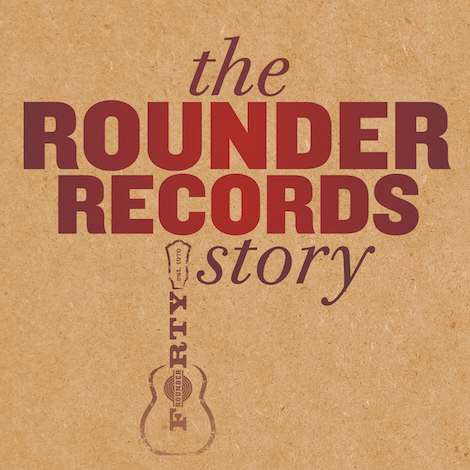 It’s not easy reviewing a four-disc, 87-track, four-decade-spanning record label box set—partly because, well, that’s a ton of music. But that’s not a bad thing when you’re dealing with a rightfully world-renown label like Rounder Records, the pioneer folk/roots organization formed by Ken Irwin, Marian Leighton Levy, and Bill Nowlin. Quality aside, this is a tough review because the whole set of criteria a critic normally uses is thrown out the door. When you review a box set, you’re not necessarily judging the quality of music—one would assume to be dealing with “the goods” if there’s even an existing demand for a four-disc anthology; throw in the label’s venerable stance in music history and you have what seems to be an obviously worthwhile set. Ultimately, the critic’s job in this situation is to evaluate the package from both a financial standpoint (Simply put, “Is it worth the money?”) and a completist viewpoint (“Does the release paint an accurate portrait of the material?”)

The Rounder Records Story is a resounding “yes” on both counts. This collection starts in the ’70s, long before the label had branched off into an eclectic “who’s who” roster of thoroughbreds. Disc one is mainly a showcase for the founders’ original roots/folk vision, featuring classics like “Killing the Blues” from Woodstock Mountains Revue (later covered by Robert Plant and Alison Krauss on their Raising Sand collaboration—both artists also appearing later in the collection) and the charming Norman Blake romp “Down Home Summertime Blues,” his twangy vocal accompanied by only an acoustic slide guitar. But along the path of even this first disc, surprises do start creeping in—there’s the glorious “Jula Jekere” from Gambian artist Alhaji Bai Konte (featuring a glorious performance on the 21-string kora) and, on the completely opposite end of the spectrum, the stomping Southern rock classic “Who Do You Love” from George Thorogood and the Destroyers, which ends the first CD with a jarring, arguably awkward, bang.

As the discs wind on, the surprises continue to emerge. It’s a fascinating listen, particularly as a front-to-back experience (Granted, this virtually requires a weekend investment). Listen closely, and you’ll hear the subtle changes with each passing track— overdubs, production techniques, lyrical themes, instrumentation—The Rounder Records Story plays like a musical history lesson in a backwoods schoolhouse. You can practically hear the label getting better with age.

In the ’80s, there are appearances from artists as diverse as Professor Longhair, Buckwheat Zydeco, Klezmer Conservatory Band, and banjo legend Bela Fleck. The ’90s finally introduce Alison Krauss, arguably the label’s golden child and biggest success story—she makes three appearances throughout the collection, but perhaps the most noteworthy is her transcendent cover of The Foundations’ “Baby Now that I’ve Found You.” The eclecticism continues, too, featuring zydeco legend Beau Jocque and a track from soul belter Wilson Pickett.

By the time Rounder enter the new millennium, eclecticism is no longer the exception but the rule. They embrace indie rock (Delta Spirit, Son Volt) and prog rock (Rush), still finding room for Willie Nelson and even comedian/accomplished banjo player Steve Martin, with his ecstatic bluegrass piece “The Crow.”

Even at 87 tracks, there’s no covering a label as vast and influential as Rounder Records in one flail swoop. The history is overwhelming, a point only illuminated by Geoffery Himes’ excellent accompanying essay. But The Rounder Records Story still serves as one hell of an introduction, offering a holistic, delightfully messy glimpse into a world of music where everyone is accepted, regardless of culture, color, religion, or image—a world where the only roots that matter are the ones that bind us to one another. 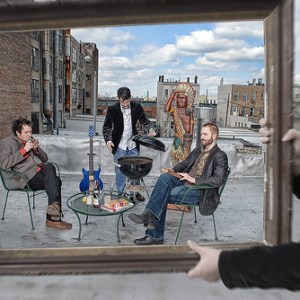 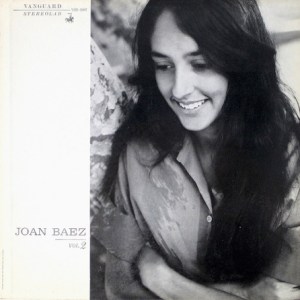