Raising Sand, Robert Plant’s 2007 collaboration with Alison Krauss, netted six Grammy Awards, including Album of the Year and Record of the Year. Following up a success like that would be downright intimidating for some artists; but Plant is not like any other artist, he’s not easily shaken, and he’s always played to his own expectations regardless of outcome.

Band Of Joy revives – in name and intention – a cover group Plant fronted in his youth that featured the late John Bonham before the pair joined Jimmy Page and John Paul Jones in what would eventually become Led Zeppelin. On this self titled, 12-song set, he teams with producer-guitarist Buddy Miller (with whom he’d played on the Raising Sand tour), vocalist Patty Griffin, multi-instrumentalist Darrell Scott (acoustic guitar, mandolins, pedal and lap steel, banjo), bassist Byron House, and percussionist Marco Giovino.

Band Of Joy’s material ranges wide: three songs by Richard Thompson, two by Low, Townes Van Zandt, B. & B. Babineaux, Los Lobos, and the Monahans’ Greg Vanderpool, as well as traditional country, folk and gospel numbers. The album’s sound is a complex blend of rock and Americana, presented in fluid, dark, and moody textures without much gimmickry. It can reel, jump and pop (Los Lobos’ “Angel Dance”) or seduce with a swirling narcotic sexual allure leading into the heart of darkness (Low’s “Monkey”). Plant’s and Griffin’s voices are a near perfect balancing act. Her personality is expressed in every track she sings on; she adds so much that he’s forced to be more ebullient here than on his last few recordings.

On Thompson’s “House Of Cards,” Miller employs the author’s trademark phrasing and knotty leads to guide the singers through a morality tale with Plant as narrator and Griffin – soaring above him – as Muse and Siren. Scott’s octave mandolin and banjo open the Miller-Plant original, “Central Two-O-Nine”; in its minor key, modal blues, it recalls Zep’s “Hats Off To (Roy) Harper.” Low’s “Silver Rider” is so halting and lilting in duet, it’s nearly skeletal in its ethereality – until the band’s ringing atmospheric crescendos. “You Can’t Buy My Love,” a British pop nugget from the ‘60s, swaggers thanks to the band’s fuzzed-out, bottom-heavy, Bo Diddley bass and guitar rumble, a rockabilly snare, and thoroughly convincing yet campy sass from Griffin and Plant. “I’m Falling In Love Again” walks the line between a honky tonk waltz and an early rock ballad – think Gene Vincent fronting the Jordanaires singing country gospel. Vanderpool’s “The Only Sound That Matters” is one of the set’s finest cuts because Plant sings with a tenderness we haven’t heard from him in ages. The loneliness in his vocal is underscored by a whining pedal steel and shimmering guitar work. “Cindy I’ll Marry You Someday” is fueled by a rumbling bass drum and banjo; it begins as a backwoods drone, until Plant begins to add romance and a quavering croon. Miller’s guitar brings in the country blues, creating an entirely new reading of this old folk song. Van Zandt’s “Harm’s Swift Way” is performed as a Byrds-like country-rocker by Plant and band; thankfully Griffin returns the earthy sadness in its lyric with her restrained, gorgeous backing vocal. “Satan, Your Kingdom Must Come Down” begins as a spare haunted blues thanks to Miller’s electric guitar and Scott’s banjo, and near prayer-like exhortations from the singers. The traditional “Even This Shall Pass Away” is given a raucous, psych-blues vibe by Plant and band, with reverb aplenty.

Band Of Joy may or may not win any Grammys; but for the adventure, emotional honesty and musical acumen in its grooves, it’s a more satisfying offering for the listener. It reveals another side of Plant’s persona, and touches on all the places he’s been, while simultaneously pointing to an appealing, restless future. 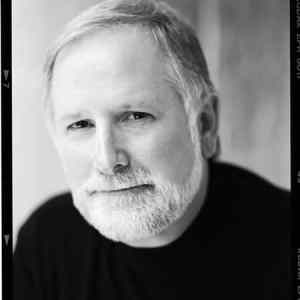