Summer in the city means concerts, concerts, concerts. Unless you’re in a Regina Spektor song, then it means “cleavage, cleavage, cleavage.” But this is a family magazine. For me, the whole season kicked off with a trip to Jones Beach to see Phish. After the band broke up in 2004, I was bummed; I’d never seen them live before, and it seemed like one of those things you have to do at least once. Everybody I know had seen them but me; it was if I’d never seen Star Wars or something. Back in high school I thought I hated Phish, which caused a rift between me and my best friend, who up until that point had shared in every musical discovery with me, from U2 to The Beatles. Things were never quite the same after we discovered that he didn’t like R.E.M. and I didn’t like Phish. But over the years I had come to respect them, and now I was ready to have my religious experience. I met Stephanie, my half-Puerto Rican, half-Jewish ex-girlfriend on the train. Stephanie is the person I’ve been to the most concerts with. “I remember I saw Pearl Jam at Jones Beach once,” I tell her, “Back in like 2000.” “I know! I was there, remember?” “…Oh right.”

Back when we were going out, I wrote a song I still sing today, about how I didn’t want her going to “De La Guarda,” because she told me the performers would randomly make out with audience members, which made me uncomfortable. Now, a million years later, she’d gotten into the whole Burning Man scene, was hanging out with ravers and circus freaks, and had gone completely wild. Her latest passions were hooping and fire-twirling. Exactly the kind of person you’d expect to bump into in the parking lot at a Phish show, actually.

After taking in the Jones Beach parking lot scene, where Stephanie got her hoop on and I watched with surprising detachment as passing strangers ogled her, we strolled like the Wizard of Oz into the amphitheatre… through a side door, past the guards who let us in, it was all kind of crazy… We’d partied pretty hard, it turned out. We were diverted every which way until we busted indoors. All this time it is raining very lightly, but steadily, as if the sky was leaking.

With the ocean behind them, Phish turn in a nautical-themed show, apropos for a band named after a type of sea food. After a quick, quirky a capella “Grind,” they slammed into a hair-raising, 14-minute long “Divided Sky,” a thrill-packed guitar jam. Our seats are amazing, and within a few minutes, I GET IT. The whole phucking thing. The energy is infectious. The big parking lot party all leads up to this; everyone loosing themselves, dancing furiously, shouting “Hey!” in the offbeats to “Punch You in the Eye,” tossing glow sticks at each other, and just generally having the best times they’ll ever have in their lives. And this was just them getting warmed up.

The band whip out some new songs, including the tuneful “Ocelot,” which sounds like a Dead song as well as a Phish song. “Don’t be the only one left on the block, come float with the flock,” it beckons. An awesome cover of the Velvet’s “Rock and Roll,” sung by keyboardist Page McConnell was the show ender, and sent me home buzzing. Euphoric. I survived the Phish concert. And it rocked. I didn’t get to see any vacuum cleaner solos, but there’s always next time. 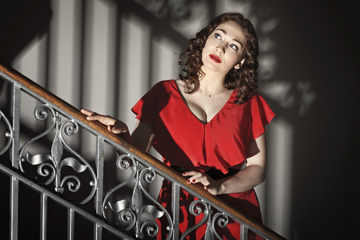 Getting into the Regina Spektor show at the Beacon Theatre wasn’t easy. With her fifth album, Far, not even out yet, she could sell out one of New York’s most hallowed venues like that. I used to see her play at the Sidewalk, at her very first gigs, where I sat in awe, completely entangled in the spell she wove with her consonants and vowels. Now, she’d made the big time, several times over. After an opening set by a Fabrizio-less Little Joy, Regina started off with a new song, “Folding Chair,” which contains the life-affirming lyrics “I’ve got a perfect body, though sometimes I forget. I’ve got a perfect body, because my eyelashes catch my sweat.” There are plenty of new songs on the menu tonight. After “Lucky Penny,” her backup musicians move in “as fast as ninjas on stage” to add cello, and violin. “I’m just learning this one,” she says. “It’s awesome to be learning at the Beacon Theatre. It’s cool. Just a practice space. Fancy.” The crowd laughs. It feels almost like being at Carnegie Hall for the Bob Dylan show on The Bootleg Series Vol. 6, or seeing Simon and Garfunkel circa Live From New York City, 1967. You’ve got the Jewish performer who can conjure worlds with their music and has access to this great beauty, a devoted New York audience who listen attentively to the new songs, absorb every word, and laugh in unison at the funny parts. Except here, young fans shout “Summer in the City” instead of “Sounds of Silence.” This is not a rock concert. It’s intimate—like a Beacon show, like a Regina Spektor show.

For “Blue Lips,” two more string players come out. “Another two have sneaked on,” says Regina on commentary. “Snuck on. Snook? Who’s an English major here?” Who isn’t an English major here, I wonder. Later, she play a solo “Poor Little Rich Boy” with her patented drumstick on a chair technique, which the crowd goes crazy for. I believe she has gotten even better at playing the musical chair. Or maybe it was just expertly miked. Even a wooden chair sounds good in the Beacon Theatre.

On the day that Michael Jackson died, I went to the Lemonheads show at the Bowery Ballroom. They were there to promote the bands’ new covers album, Varshons, although they didn’t play much from it besides Gram Parsons’ “I Just Can’t Take It Anymore.” In an interesting twist, the opening act was Varsity Drag, whose guitarist, Ben Deily, was an original Lemonhead and wrote several of their early songs. This year’s version of the band include a dude who looked all of 15, like a lil’ Benny Kweller, on guitar. They blasted through a sizable chunk of the Lemonhead catalog, including “Outdoor Type,” “Into Your Arms,” “Rudderless,” “Confetti,” and “If I Could Talk.” During “My Drug Buddy” and “It’s a Shame About Ray,” a collective mood seemed to overcome the crowd. “It’s a shame about MJ!” shouted the drunk dude behind me; Dando said nothing.

After building to a sweaty climax, the show ended without an encore, which confused the crowd. Then, afterwards, a surreal scene—I went up to the balcony, where I witnessed, a plus-sized girl with a tremendous budonkadonk, dancing sublimely to “Don’t Stop ‘Til You Get Enough” on the now empty dance floor. First, an indie dude and a hippy dude were dancing alongside her. Eventually, they left and it was just her, and the guy sweeping up cups with a giant push broom. At one point, the elderly black security guard asks her to leave, but no… she wouldn’t stop ‘til she’d had enough. Someone asked me to leave, and I walked through the city, back up to 42nd, up the Bowery, past the Bowery bums, listening to snatches of midnight conversations, which sounded to my worn out ears like a John Cage composition. And all the bars and cars I past were playing MJ songs.

Fourth of July meant Conor Oberst and Jenny Lewis at Battery Park. First up was Jenny Lewis, who took the stage, flanked by the Statue of Liberty, wearing an American flag, and joined her crack band, which includes singer/songwriter Jonathan Rice on guitar. The enthusiastic hipsters performed Lewis’ lyrically involved songs with flair and enthusiasm. The Queen of Indie sang the hell out of her new single, the Texas-flavored “See Fernando” And Oberst took the stage to join her to sing the Traveling Wilbury’s “Handle Me With Care.” I had the pleasure of standing next to these two characters (I seem to have this talent for finding them) who were yapping away during the quite parts, and pissing off everyone within ear shot. Even after someone asked them to be quiet, they couldn’t quite do it. “So you’re a Jersey guy and I’m a Philly guy,” said the Philly guy said to the Jersey guy. “So tell me… what do you think of… Bruce Springsteen?” The ironic thing was, they were big Jenny Lewis fans.

It was an interesting crowd, with families, little kids, and generally non-concert-going New Yorkers, all soaking in the soul-stirring, tortured artist ramblings of Conor Oberst. The two little girls in front of me knew all the words and sang along, as did their middle-aged mother. Don’t expect to hear any Bright Eyes songs at a Mystic Valley Band show. He’s got a whole other repertoire going, one that is just as good on many levels. Also, they give good guitar solos. Early on, the guitar player made fun of being from Alabama. Turns out, two of them are from Alabama. “Are we on the beach? I see a lot of water.” During a house-on-fire version of “I Don’t Want To Die (In The Hospital)” Oberst wryly introduced the group as the “Mystic Valley Miller Lite Pizza Band.” It was patriotism at its least patronizing.

A few weeks later, I met Stephanie down in Coney Island to see Wilco play Keyspan Park. We’d seen Wilco together several times now, including last year’s transcendent show at McCarren Park, which was also outdoors, also in Brooklyn. “Look” she said, as we entered the stadium, “hoops.” Hoops, ladies and gentlemen, adorned the sky, neon hoops which served as massive backdrops. Like an acid flashback, or a wrinkle in time, there they were, a glowing symbol of where life had taken us, and where it was going. There was also the big red parachute ride tower adding extra ambience, a relic from a distant past. It had all come full circle. The band came on to the Price is Right theme, and opened with “Wilco (The Song).” The sky darkened and the hoops got brighter and the sound got tighter. It was a surreal show. Tweedy played guitar with his teeth and made nice with a stage-hogging mascot. Nels Cline whipped out a double-neck guitar on “You Never Know,” the instrumental equivalent of naming your album Wilco (The Album). Feist joined in and played the cowbell. Yo La Tengo came out to get freaky on “Spiders.” Guitars were turned to 11. It was a pretty good summer. 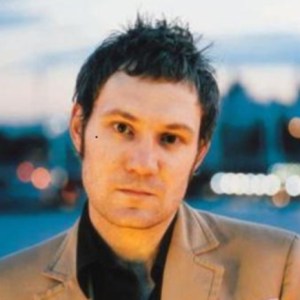 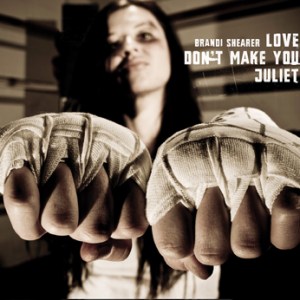