Teddy Thompson, the talented prodigy of music icons Richard and Linda Thompson, is back with a rich and soulful new record, Bella.  We talked to the British singer-songwriter about holing up in his manager’s office to finish songs, butting heads with his producer, and his love of ABBA.

How did you end up picking “Looking For a Girl” as the first single for the record?

Oh, everybody else picks it really [laughs]. It was always the obvious choice, and then it’s more up to the label and the radio people to decide if that’s what they like. But yeah, we were all on board.

You changed up your songwriting on this album, and sought out a new producer. We’re you looking to radically alter your sound?

Well not really. Every time you make a record you just kind of look at the songs and try and find the right producer. There are always certain things you’re aiming for, but I wouldn’t say I wanted it radically different. It was a question of, you know, making the right record.

David Kahne is somebody whose always interested me because I first heard of his name in the Wilco movie, I Am Trying To Break Your Heart. Did you see that movie?

And he was the villain of the movie, the guy who wanted to change their music. And then as years went on, he was involved with all of these cool projects like Regina Spektor and Paul McCartney. What made you seek him out?

Mostly, it was the Regina Spektor records that I liked, but we didn’t know each other at all. I mean, he’s a very interesting guy. His personality is very different. We definitely kind of butted heads, and I think that happens, that he’s had that experience before. It was actually quite difficult as well, so between the two of us, there was some moments. But whatever his peccadilloes are, you know that he ends up usually doing the best things for the song, and making the best record. Even if you have to fight a little bit along the way, I think it ends up being pretty good.

What were things you butted heads about?

Oh just music, you know? He’s a very cerebral person. He likes to sit in front of the computer and sort of twiddle knobs and mess with all these different sounds. I found that to be a bit unmusical sometimes. I didn’t really want to sit there and listen to every possible guitar sound in the world. I just preferred the sort of natural approach, but we figured out a way to do it. And most of what he did was great in the end, I just didn’t really need to sit there and listen to it. So a lot of the time I just wasn’t there [laughs]. I would leave and let him twiddle the knobs, so to speak, and come back and we’d go through it together.

And he did the string arrangements for the record?

He did, yeah. Which are amazing. He did an incredible job there.

Was the way you wrote the songs for this record a different approach?

I did it the way that I normally do it, which is to say that I usually have a lot of unfinished songs, and then when it comes to heading up the studio, I need to sit down and finish them all. This time, in order to do that, I actually went to an office everyday. I went to my manager’s office and sat in there and forced myself to finish everything, which was kind of funny. It was like going to work everyday. I quite enjoyed it. I had to be up with everybody else, getting my coffee in the morning. I was like, “uh, another day at the office” [laughs]. But, you know, I need some way to enforce discipline, so that’s the way I tackled it.

Did your manager give you input, or did they leave you alone?

Oh, hell no. They left me alone. I just needed somewhere to go.

This was in New York City, where you moved a long time ago. Does living in a different country affect your music in any way?

Yeah, definitely. It must. I’m not sure exactly how, but whatever your environment is, it’s probably going to affect the work that you do. I’ve always been more interested in American music, more than traditional English music or something, so its not as if I moved here and suddenly got into American music. I always was. So, it hasn’t really shaped what kind of music I like or how I look at it, but whatever your everyday life is is going to affect your work.  I’m sure there are more New York references than there are London references [laughs].

Your father, Richard Thompson, is on the record in a few places. What’s it like to work with your dad?

It’s great! I’ve worked with him a lot. He’s my favorite guitar player, so I like to use him as often as possible. He’s great. I mean, a real pro. He always seems to play the right thing, you know? Which is hard to find, so I have no qualms about using him as much as I can.

Wasn’t he just made an officer of the order of the British Empire?

[Laughs] Is that a pretty big deal in your family?

Yeah, it’s a big deal for anyone. I’m not sure exactly what he gets for it, nothing really. He might start getting paid more [laughs]. Maybe once you have that after your name, you’re guaranteed to go up, I don’t know. It’s amazing, though. He’s had a long and prolific career, so he’s deserving.

In your own writing, do you ever write a song and sort of hear either of your parents music in it, and think this might be a problem?

No [laughs], in a word. No, I’ve never thought that. I don’t sound particularly like them. I mean, I come from where I come from so I’m sure it echoes, but that’s natural. No, I’ve never written anything I thought was a rip-off of them or me, so I can’t be ripping them off. I’m going to have to borrow as much as I want from them, cause that’s the way it works. Genetic. Can’t help it.

Do you feel like their genetics sometimes steer the choices you make musically?

Not really, no. I’ve always listened more to other kinds of music. Of course I listen to their music too, but it’s not really the direction I go in musically. So, I don’t feel like I’m steered by that at all.

On the song “Tell Me What You Want,” you duet with Jenni Muldaur, who’s Geoff and Maria Muldaur’s daugther. How did you meet her?

We’ve been friends for a long time actually, and she’s one of my favorite singers. So, that was a really easy thing. I think even when I was writing it, I was thinking of her voice. It was a no-brainer. She’s got that kind of sixties girl voice which is perfect for the song.

Do you feel a kinship with people like her? People who have musical parents?

Yeah, a little bit. I mean, you know, we have shared experiences. I think any friends you have in your life that grew up in similar ways, of course you have a lot to talk about.

How do you typically approach songwriting? Are you inspired by lyrics first, or is it just fooling around on the guitar?

Usually probably the tune first. I usually have a tune and a bit of an idea at the same time, so it usually starts out with something solid. The tune is usually easier than the words, or the finish. It’s always a bit of a struggle to finish those last lines, I find. Which is why I have to go to an office to do it [laughs].

Is there a song you really want people to hear on this record? Beyond the single?

“Home” is one of my favorite songs. I’m really proud of that. I think it’s a really beautiful song, and it’s a great string arrangement that David did. If I was going to play people something from the record, I would probably play that.

You’re going to be touring for this record. Is playing live something you like to do as much as writing and recording?

Yeah, playing live is kind of the best part of the whole thing, really. It’s nice to have an audience, to go back and forth with them is much more rewarding. If I had to find the difference between being in the theater and making movies, I would imagine it to be like the studio. You know, it’s a little bit cold. There’s nobody giving you feedback while you’re doing it. No one’s clapping after every song. It’s more immediately rewarding to play live. Unless it’s a bad go of it, in which case its the worst thing in the world.

Do you have any special plans; any cover songs you plan to do?

Well, recently I’ve been doing an ABBA song which I really love, so I might throw that in here and there. I like to do “Super Trooper”, which is one of my favorite songs, but I do it just acoustic.

[laughs] I straight-out like it. And I think anybody that listens to ABBA, ironically, is not listening properly. Cause those records are sick. 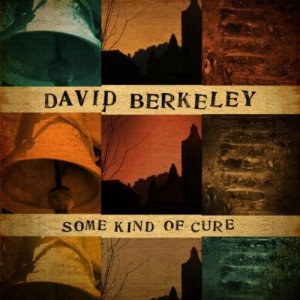 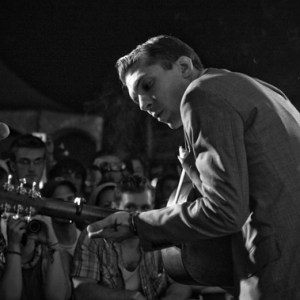