Atlanta-based rapper, Sa-Roc (born Assata Perkins), remembers being in the country of Ghana, West Africa, one day at an open mic. It was very early in her professional career – at the time, she says, she doesn’t think she’d even committed to being a musician full-time. Yet, the power and interconnectivity performing offered her in that moment helped to both reassure her and to open her eyes to the vast capabilities of music and her future within it. Sa-Roc, who released her latest LP, The Sharecropper’s Daughter, in October, says she loves the universality that the art form provides. It offers her a way to relate to myriad aspects of the external world as well just about as many internally, too.

“I love music’s ability to transcend language barriers, background barriers,” says Sa-Roc. “And to tell stories regardless of the listeners’ understanding of where the artist is coming from. Being able to tell a story through sound is an incredible and powerful thing.”

Sa-Roc recalls being in Senegal, too, where many people she encountered didn’t speak English, yet they were able to connect over a line from Tupac Shakur (“That’s crazy to me,” she says). While the impact of that reality is mind-blowing, the breadth of music and the range of its possibilities has long been a part of Sa-Roc’s life. As a young person, she was given permission to listen to her parents’ vast, expensive and eclectic record collection. Artists like Billie Holiday, Donnie Hathaway, Bob Marley and Jimi Hendrix intrigued and inspired. Yet, despite this adoration, it took Sa-Roc some time to find her footing as a proper emcee.

At first, she’d dabbled in alternative rock singing, she says, throwing little shows with friends where she grew up around Washington D.C. Then she went on to participate in several other genres like acting and dance. She wrote poetry, too. But her parents, who enjoyed art but worried being an artist wouldn’t provide enough of a solid future, pushed Sa-Roc to study other subjects. As a young adult, she attended the HBCU, Howard University, where she studied biology. But the school, which was known for its Homecoming ceremonies and parties, often had artists performing in many areas on campus. Sa-Roc’s eye wandered.

“It was amazing,” she says. “I was able to attend classes at these buildings named after these pioneers in Black art, Black excellence. That was a really dope experience. Studying biology at the time was interesting because I love science, I love learning about the inner-workings of organisms and life. But there was so much art and creativity around me.”

She remembers seeing famed rapper, Mos Def, perform in one place and practically simultaneously the popular group, Smif-N-Wessun, were in another part of the school playing a gig. There was something about rap, about the boldness it offered. Throughout much of her early life, Sa-Roc says, she was shy, reserved. She’d also harmed herself as an adolescent. But rap offered her a chance to heal, to even puff out her chest a bit. It’s an art form that encourages ego, to proclaim you are the best. It’s part of the genre’s charm. And it provided Sa-Roc necessary catharsis and important direction.

“I had harmed myself because I’d felt powerless,” she says. “Barreling through those past hurts [in song] provided a sense of restitution for those moments when I felt voiceless and powerless.”

Attending Howard was such an inspiration that Sa-Roc decided to drop out. She no longer wanted a biology degree. Instead, she wanted to pursue creativity. So, she traveled to Atlanta, the burgeoning city of art in Georgia. The city, famous for groups like Outkast and Goodie Mob, was in the midst of a renaissance where rap battles, painting battles, underground music and popular groups intermingled in the scene. You couldn’t help but want to participate, Sa-Roc says. It helped push her. And it was in the city where she got her first major break, collaborating with producer, Sol Messiah. Today, the relentless lyricist writes prolifically and with an impressive sense of wordplay and rhyme.

“I’m a big reader,” she says. “I love being able to paint this landscape with words. I love when writers use words to pull you in and take ownership of the language in ways they can. That’s delicious and tasty to me. And I got a lot to say! I try to fit as many words into a bar as possible in order to express that. I feel like I’m fighting against time.”

Sa-Roc’s latest work is a masterpiece of linguistic agility and dexterity. But aside from her nimble, saturated delivery, the record discusses heavy, heady topics important to the artist, too. Even the title evokes the sordid realities of American history and a sense of inequality that still persists today. How these aspects of external and internal existences continue and how they do persist is, in fact, a major subject of Sa-Roc’s latest album. Evolution, DNA, societal behaviors are all packed into the LP to dissect and digest.

“I wanted to analyze what we transfer generationally,” Sa-Roc says. “What that inheritance looks like and how we can delve deeper into what we pass down.”

With the successful reception of the album, Sa-Roc, who was recently featured on NPR’s Tiny Desk concert series (lighting sage before playing to clear the air of any bad energy), is continuing to produce music. On her record, she collaborated with giants like Black Thought and Saul Williams. Her major decision to dive deep into music continues to receive confirmation from those she admires. She’s a conduit for art, sound and ideas. For her, it’s supremely gratifying.

“That’s the power of what music is and can be,” Sa-Roc says. “To touch on emotions, to touch on a feeling that you can’t even articulate yet – but you hear a note and then that note can clarify that for you. That’s incredible. And to be able to be a vehicle for that kind of expression a blessing.” 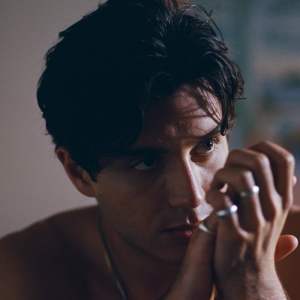 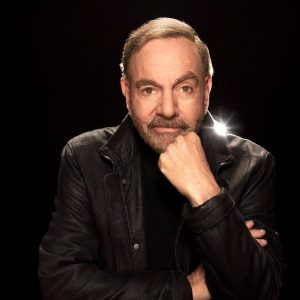