The Steel Woods aren’t likely to play “Ole Pal” anytime soon. Outside of their album release show, the mournful ballad may not find its way onto their set lists once touring kicks back into gear. A cut from the band’s new record, All of Your Stones, the first release following the death of founding guitarist Jason “Rowdy” Cope back in January, it’s the kind of sentimental moment that feels prescient in hindsight.

With The Wonder Years on the brain, particularly early episodes depicting character Winnie Cooper’s older brother who dies in the Vietnam War, singer and songwriter Wes Bayliss wrote “Ole Pal” out of necessity. “All my best friends from childhood are still alive. I was really writing this song because it was coming to me. I didn’t have anybody in mind in particular,” he tells American Songwriter over a recent phone call. “I’ve got friends who’ve lost friends and family members. Of course, it is for them and for anybody who’s lost someone. I didn’t write it about anybody… or did I?”

Oh buddy, ole pal, I need to talk to you right now, sings Bayliss, his voice barely scraping by. But I’ll just drive by your old place again / Oh buddy, ole pal, if I could call you up somehow / I’d lie and tell you I’m getting by without my best friend.

While the band ─ rounded out with Johnny Stanton (bass), Isaac Senty (drums), and Tyler Powers (guitar), who now steps into the group as a full-time member─pushed pause on their careers, it was never any question not to release the album. “It was always in everyone’s head that we’re going to press forward and carry the torch. I know that’s what Rowdy would want,” says Bayliss.

“We talked in the studio, me and Rowdy, about how for the most part this was his record. These songs were really personal to him. We would write stuff and not even talk about it, necessarily, just each other knowing the underlying theme and meaning of all this,” he continues. “So much of it maybe wasn’t in-line with the story or theme at the time, but it makes sense now, more than it did before. It’s strange. There’s not any other thing we know how to do except press forward.”

The addition of Powers seemed like a no-brainer, as well. “He’s been out and played with all of us before. He is stepping into that seat. There’ll never be any replacing Rowdy, but I’m a big fan of Tyler’s, and I know Rowdy was, too. We’re happy to have him here, and I think he’ll be here for a long time.”

With the windswept “Intro,” containing an engine’s gentle purr, boots scuffling on gravel, and guitar bits from the title track, All of Your Stones immediately invites the listener into its grand adventure. “The idea is that the character is gathering up the stones that have been thrown at him, and he puts them into a pile,” offers Bayliss. The first official song, the bluesy barnburner “Out of the Blue,” jolts you awake with Bayliss’ deep-throated snarl. I’ve seen death / I’ve seen life, he howls over electrifying guitar work.

Where a cover of Lynyrd Skynyrd’s “I Need You,” alongside Ashley Monroe, continues stringing up the gritty musical threads, a few other plaintive moments arrive to bring you right back down to earth. “Run On Ahead,” written by William Ross Newell, a long-time friend of Bayliss’ from down in Mobile, Alabama, unthreads acoustic twine with tear-soaked misery. “I’ve always loved this song and looked up to Ross as a writer. I’ve tried to write a song sort of with the same theme,” offers Bayliss. “Every time I started down that road, I hung it up and said, ‘Wait a minute, I’m writing something similar to his song, so I’ll quit.’ I just needed to cut it finally.”

“Baby Slow Down,” a solo Cope write, dons the perspective of a mother who sees her son losing her way. “I think Rowdy had gotten a speeding ticket─something to do with driving─and his mother tells him, ‘Baby, slow down.’ He’s like, ‘Yeah, yeah, yeah, I got it.’ And she’s like ‘No, really, just slow down. Take it easy.’”

Elsewhere, with “You Never Came Home” and “You’re Cold,” the band revisits a murder story previously explored in such songs as “Anna Lee” and “Della Jane’s Heart,” culminating in a complete set of five songs depicting the fictional tragedy. “I don’t even really know why we returned to the story except we thought it was cool,” Bayliss says with a laugh.

All of Your Stones rings with faint whispers of Cope’s songwriting. In many ways, this release is a way to bid farewell, as the group continues to find their footing once again. “I think we all are still working through it. Everybody’s got something that they’re figuring out or something that’s in their minds sometimes when they’re working or whatever,” the singer-songwriter reflects. “I find happiness in playing this music and getting it out there.”

Even more, the record signals a group fully coming into its own. “The band sounds like we’ve really been doing this a long time now. Not in the way of being tired, but in the way of going out and playing a show and giving the fans what they came for. I don’t mind writing a bad song. Every bad song is going to lead to a good one. If I write 100 songs, I might have a couple good ones in there.” 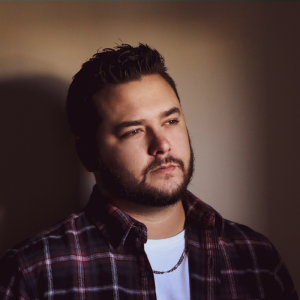 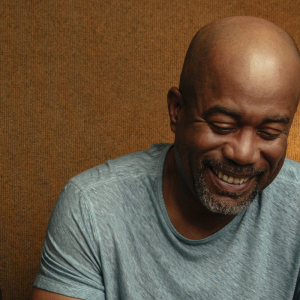